An impressive list of students were celebrated at the fifth annual UNSW Indigenous Awards presentation night. 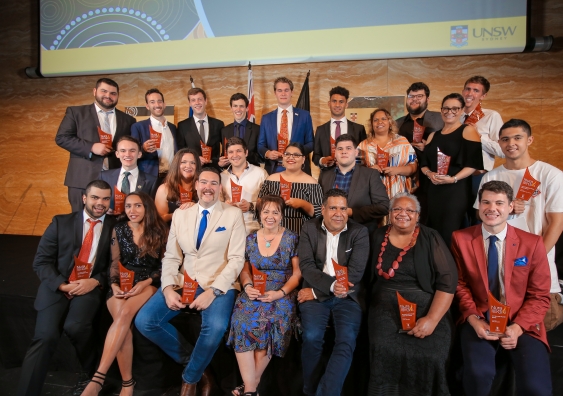 UNSW has recognised a record 28 Indigenous students from a range of faculties at the 2017 UNSW Indigenous Awards Night held last week.

Two were awarded the Rising Star Award and two were presented with the Aurora High Achiever Awards. Other awards included the Shalom College Spirit Award, the UNSW Colleges Award and private donor awards. 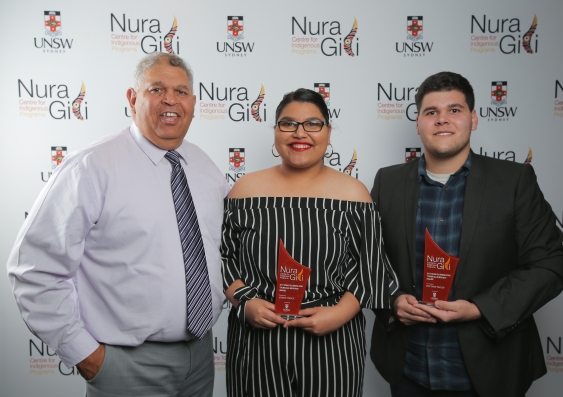 A record five mature age students were recognised at the Awards, from faculties including Art & Design, Science and Arts & Social Sciences.

It was also the first time the Scott Parlett Encouragement Award was presented, established to celebrate the ongoing success of Indigenous students at UNSW. It was awarded to exercise physiology student Murrie Kemp who was honoured for significant contributions to the University and Nura Gili communities. 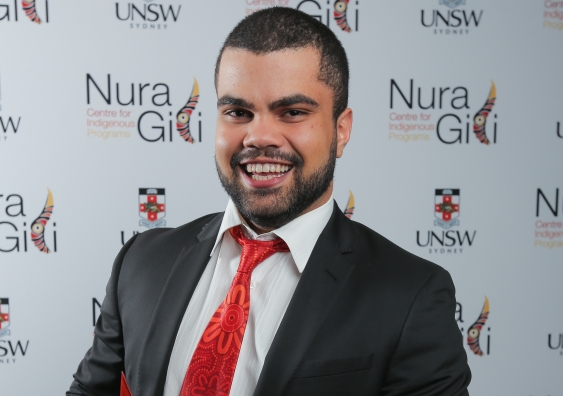 In his address, Associate Professor Reuben Bolt, Nura Gili Director, emphasised the importance of university degrees on the lives of Indigenous Australians.

“There are some good examples of Indigenous success, but the statistics for Indigenous higher education access, retention and completion still tells us that we are not even close to parity,” he said. “We will increase Indigenous employment which will have a focus on growing our own academics."

Nura Gili's proposed PhD program had been approved by the Academic Board, Associate Professor Bolt said. The relocation of Nura Gili to the centre of the campus and the appointment of the first Pro Vice Chancellor Indigenous Megan Davis were examples of UNSW’s commitment to Indigenous education, he said.