After settling into his UNSW accommodation last week, 20-year-old Afghan asylum seeker Mohammad Ali Vaezi finally has a room that belongs to just him. 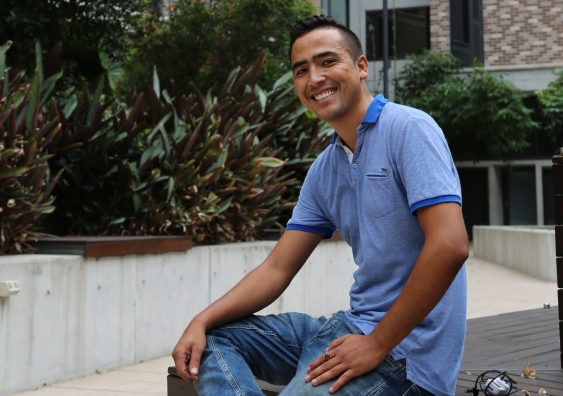 Afghan refugee Mohammad Ali Vaezi received a full scholarship to study at UNSW. “It means so much to me." Photo Myles Gough

After settling into his UNSW accommodation last week, Afghan asylum seeker Mohammad Ali Vaezi finally has a room that belongs to just him.

Since arriving in Australia by boat in 2013, Mohammad has been living in shared accommodation with other asylum seeker and refugee friends, forced to pool their money to cover rent.

“At one point, I was living with four people in a single bedroom,” recalls the graduate of Chester Hill High School, located in Sydney’s western suburbs.

At one point, I was living with four people in a single bedroom. This feels like the first time I can have my own private space and I’m really excited.

“This feels like the first time I can have my own private space and I’m really excited,” he says of his room on campus at Fig Tree Hall. “I think it will be important to focus on my studies and to get away from distractions.”

Four years ago, Mohammad didn’t speak a word of English. After intensive language training, he completed secondary school and is now beginning a dual degree at UNSW in engineering and commerce.

“It has always been my passion to be an engineer because I love to build and create things,” he says. “And I am studying commerce because I think it is essential to understand how business works in today’s global economy.”

Hard work and perseverance have paid off for the 20-year-old, but the road to UNSW has been fraught with obstacles, injustices and heartache.

Living as an illegal refugee in Iran

Mohammad's parents fled their native Afghanistan after the Soviet invasion in 1979, which triggered a nine-year war.

His family arrived in neighbouring Iran as refugees, in the eastern city of Mashhad, but were considered illegal migrants – a tag that locked them into a position of social disadvantage and stigma for most of their adult lives. By the time Mohammad was born in 1996 little had changed.

“I didn’t have any citizenship or valid visa in Iran,” recalls Mohammad.

“When you are born as a refugee in Iran, you don’t have the right to go to school, own property or vote,” he says. “You are considered like someone who does not belong to the community. Every day there are immigration officers on the street and they are looking for illegals to deport, so you have to be very careful.” 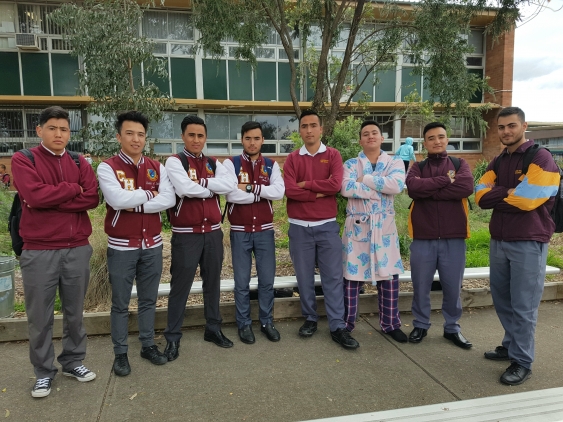 Mohammad, the youngest of four children, was able to attend school until Year 11. But in 2012, with the Iranian government cracking down on displaced Afghanis, he was barred from attending.

“It was really difficult because I loved to study and I wanted to continue my education. I didn’t know why it happened. I kept asking my family, why can I not go to this school, and they didn’t have an answer.”

With “absolutely no way” to continue his education in Iran, his parents made an agonising decision to send Mohammad to another country.

His elder brother Hassan had recently travelled to Indonesia with his wife and two children. Mohammad’s parents had initially disapproved of Hassan’s decision to leave Iran, but now he was a lifeline.

Mohammad’s first port-of-call would be Jakarta to reunite with Hassan. This was the safest option, they all decided. But with no way to get a valid passport or visa, Mohammad’s parents needed to pay people smugglers to supply him with fake travel documents.

“My parents sold everything they had just to send me,” he says.

A ‘terrifying’ journey by boat

The plan, says Mohammad, was to go to the UN Refugee Agency in Indonesia to get support, but there was a massive backlog. He says they heard stories the wait could be up to five years to be resettled.

With no government assistance, Mohammad and his brother’s family couldn’t afford to stay in Indonesia much longer. Running out of options, they boarded a boat destined for northern Australia. It would be one of the most harrowing episodes of Mohammad’s life.

“I cannot forget it. We were in the sea for more than one week. Our boat was really old, it was leaky and the engine didn’t work properly.

“After three or four days we thought we were going to die in the sea and no one was going to save us. We didn’t have a destination. We had no satellite navigation and no connection to the outside world. All the people were praying to God. We were expecting the worst.

“It was a really small boat, 20 metres long with about 150 people on board. There was no place to even sit. We had to stand up,” he says. “It was full of the smell of urination and vomit. There were elderly people and young children.” 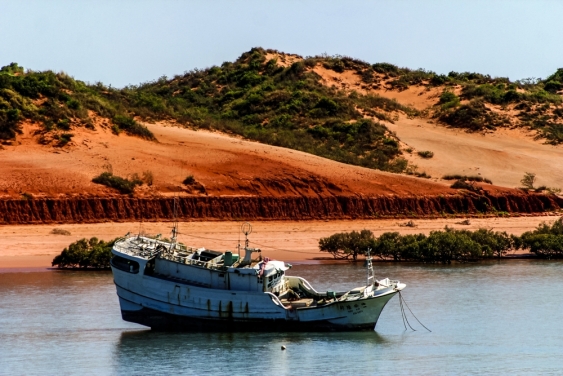 He says desperation forced them into that dire situation: “People who made the decision to come by boat knew how dangerous it was but had no other choice. They are not crazy people. They love their children, their family, but they have no other choice.”

After several days at sea, the ship was intercepted by the Australian Navy and the passengers rescued. That was in March 2013. Mohammad spent a combined five months in detention centres on Christmas Island and in Darwin, before being relocated to Sydney in August.

A new life in Australia

He found housing in western Sydney, spent seven months at the Chester Hill Intensive English Centre, and then transferred to Chester Hill High – one of UNSW’s ASPIRE partner high schools – to complete his final two years of school.

While there, he benefited from the help of his English ESL teacher, Luke Nolan, who often stayed after school for up to two hours to help Mohammad and some of the other newly arrived students work on their language skills.

“He was really passionate and encouraging,” says Mohammad. “It was a major influence.”

It’s really inspiring for the other students in our school who have also had difficult experiences, to see someone like Mohammad be so successful through dedication and perseverance.

“So many students in Australia take for granted things like having family members at home to ask questions to, or a stable study environment outside of school. Mohammad didn’t have any of these advantages and yet he still managed to excel. His progress was outstanding,” says Mr Nolan.

“It’s really inspiring for the other students in our school who have also had difficult experiences, to see someone like Mohammad be so successful through dedication and perseverance.”

Zena Dabaja, Principal of Chester Hill High, says she is proud of Mohammad’s accomplishments and excited for his continued progress: “He is on his way to securing a future that will utilise his capacity, intelligence and skills to contribute to and improve society, despite the significant adversity he has faced.”

Mohammad, who has also held down casual jobs at a warehouse and a carwash, says he has had a lot of support from the community and feels incredibly lucky to call Australia home.

“What I love about Australia is that I can express myself,” he says. “I can be myself and I don’t have to hide my identity. I can have my own opinion and people will respect that opinion… Here I can travel to other cities, I can study, and people respect me as a human being.”

I believe education is the best way for new arrivals to integrate into Australian society and become responsible citizens.

But there have been challenges. Mohammad hasn’t seen his parents and sisters since 2013, and is unable to travel to Iran to visit them due to his uncertain visa status. Furthermore, his family doesn’t have an internet connection, so his only communication is a once-a-week, long distance phone call. Mohammad suspects it could be another five years until he gets a permanent visa and is able to travel outside Australia.

Being on a temporary visa has other downsides: “We are classified as international students, so we have to pay international tuition fees [to attend university]. So it’s completely impossible to pay.”

Education an escape, an opportunity

“It has been tough emotionally,” Mohammad says of being apart from his family and starting a new life in Australia. “But I have immersed myself into my education to distract myself from the homesickness.”

It’s a strategy he wants other new arrivals to emulate – but he says the government and universities need better systems and more scholarships to get young refugees into tertiary education.

“I believe education is the best way for new arrivals to integrate into Australian society and become responsible citizens,” says Mohammad. “But right now, and I see it with a lot of my friends, there are so many talents and ambitions that go to waste in the refugee community because people can’t afford to continue their education.”

And the inability to get formal qualifications makes it harder to get a well-paying job, he says.

Despite receiving an ATAR of 95.10 and excelling in maths and sciences, Mohammad believed university was out of reach until a chance encounter at UNSW Open Day.

Mohammad met award-winning teacher Professor Richard Buckland, UNSW's Director of First Year Experience. After Buckland learned about the young man’s predicament, his case was brought to the attention of UNSW Scholarships and he was eligible for assistance under the UNSW Humanitarian Scholarship program.

Mohammad was offered a full scholarship: “It means so much to me,” he says.

Mohammad is excited to begin his academic journey, but also plans to continue working in his community. “I’ve been helping new arrivals to Australia,” he says. “I want to help them reach their full potential, and immerse and integrate into the Australian community.”

* UNSW has a growing number of Equity Scholarships to assist students who may experience financial and/or other educational disadvantage, and help them reach their academic potential.