“If you are into horror, then go ahead, try it out,” was the invitation to visitors at the Bodies and Interfaces exhibition at UNSW. 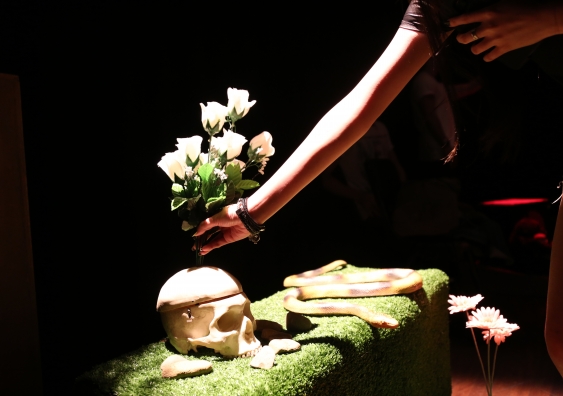 Called 'the last patch of grass', this installation provides visitors with the point of view of a patch of grass. Photo: Leilah Schubert

“If you are into horror, then go ahead, try it out,” was the invitation to unsuspecting visitors at one installation at the Bodies and Interfaces exhibition, held recently in the Io Myers Studio in association with the UNSW Creative Practice Lab.

The exhibition, which aimed to immerse participants in either utopian or dystopian futures, was the culmination of the course ‘Bodies and Interfaces’ in the School of the Arts & Media. 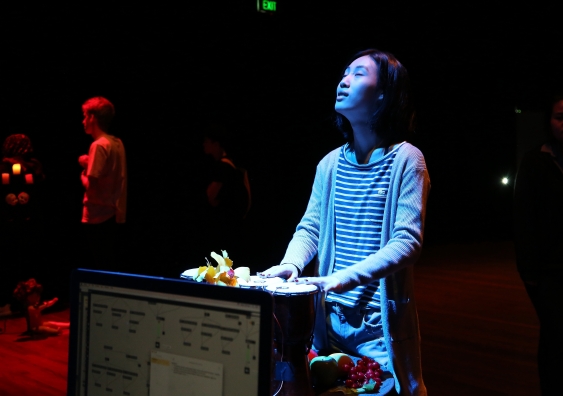 One of the eight installations was ‘Don’t let go’. Decorated with creepy dolls and gothic candles it invited participants to hold a ball while they entered a dystopian virtual world using an oculus rift virtual reality headset. 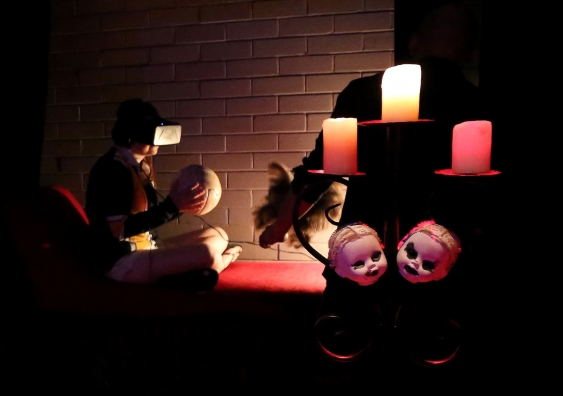 “They see knives flying near them and hear sounds like a baby crying, there’s one part where the baby gets its head chopped off – it’s supposed to be a bit gruesome,” explained media arts student Julian Bonifaz.

But, he assured his guests, if it all got too scary you could let go of the ball and the experience would stop. 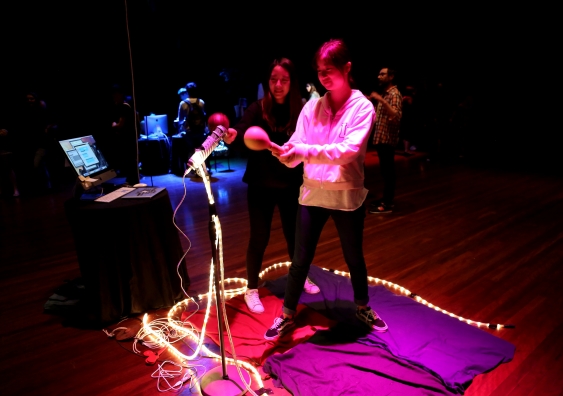 “The course gives students the opportunity to explore the use of emerging and contemporary technologies to create interactive installations – looking at how humans and the human body can interact with machines and with technology,” said lecturer Andrew Burrell. 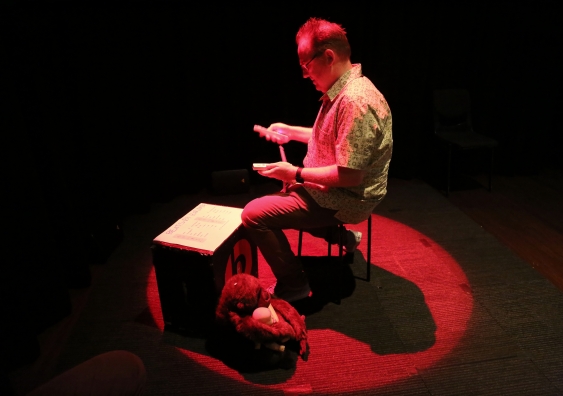 “What we are doing with these projects is working from conceptualisation to a prototype. Students develop a whole suite of different skills including production skills, technical skills, interaction design, 3D graphics, and virtual reality,” he said. 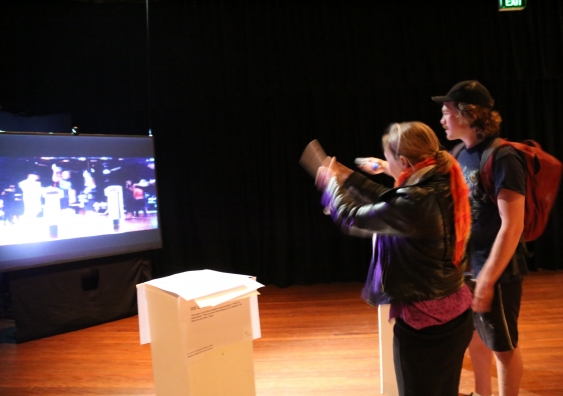 An interactive visual experience of finding yourself in the image you are creating by moving around. Photo: Leilah Schubert

Students harnessed a wide range of interactive technology including light, sound and touch sensors, and full-body tracking, to provide an interactive experience ranging from conversing with a patch of grass to playing on a virtual drum kit.

Media Arts student Jessie Ponder donned a white lab coat for her installation, which led visitors down a long, dark corridor bathed in ultraviolet light to a screen at the end. 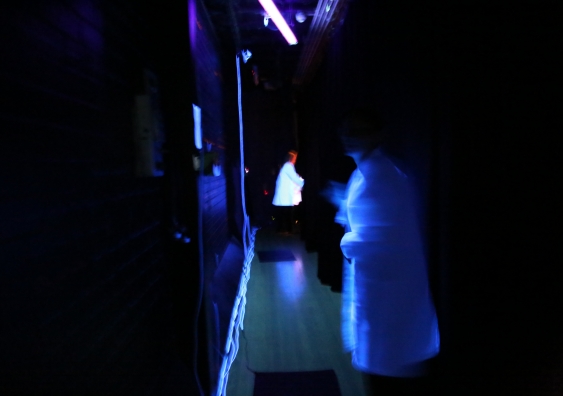 Participants make choices as they move along a corridor, which is then mapped back to a computer to provide an output at the end. Photo: Leilah Schubert

“It’s a leadership test designed to see if people can cope with making decisions during war time, and at the end you get assigned a personality based on your choices,” she said. 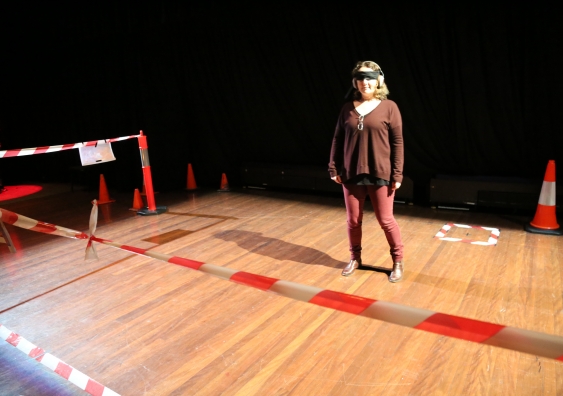 In this installation participants move through an audio environment which is mapped to the space. Photo: Leilah Schubert

“It’s been a lot of fun. We have learned about coding and automation between participants and experience, so it’s been fun trying to figure out how to get everything automated."