I have returned from my Journalism Professional Practicum with an unending love and fascination for Indonesia, unforgettable experiences and lifelong friendships, writes Annalise Bolt. 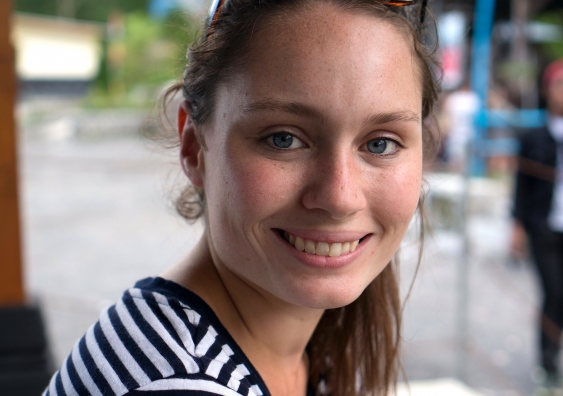 OPINION: With a passion for mi goreng and zero Indonesian language skills I travelled alone to Jakarta to complete a Journalism Professional Practicum, with the support of a New Colombo Plan scholarship.

The six week course, held from the beginning of January by the Australian Consortium for ‘In-Country’ Indonesian Studies (ACICIS), allowed me to travel to a new part of the world while getting professional experience that would not only look good on my resume but also be accredited towards my degree.

If I was backpacking through the archipelago of Indonesia, I don’t think I’d enjoy polluted and traffic-jammed Jakarta. But living in this bustling city for six weeks, especially as a journalism student, was incredible. It opened my eyes to the fascinating nation of Indonesia and introduced me to people I now consider some of my closest friends.

The program involved two weeks at a university with other journalism, development studies and business students as well as four weeks at a professional placement.

At uni we had Bahasa Indonesian classes and seminars on the Indonesian political and cultural landscape. Not only was this a crash course in everything Indonesian but it was also a great chance to mingle with other Indonesian and Australian students involved with the program.

For the remainder of the practicum our weekends were spent exploring Jakarta and other parts of Java. We haggled in night markets, climbed active volcanoes, snorkelled kaleidoscope reefs, devoured street food, weaved through the Jakarta traffic on ojeks (motorcycle taxis), swam in waterfalls, danced until the call to prayer at sunrise and explored ancient temples.

My professional placement was reporting for the biggest English language newspaper in Indonesia, The Jakarta Post.

Working in a foreign newsroom was very interesting although cultural difference and language at times provided unexpected barriers to meeting print deadline.

One day I caught an ojek to the outskirts of Jakarta only to discover my interview subject didn’t speak a word of English and had been texting me through Google translate. Although frustrating at the time, it was through these experiences that I grew the most professionally and personally.

I lived in a kos (a student boarding house) with some other students from all over Australia who are now my great friends. Our kos sat amongst winding alleys, wide enough for only a motorcycle, in a neighbourhood that was bustling with local families and food vendors.

Most evenings we would sit on our rooftop together after work or uni and watch the sun set over the city while the call to prayer erupted around us. 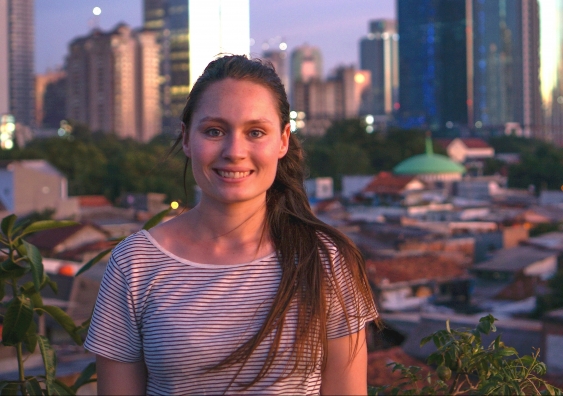 I loved our little pocket of Jakarta but it was not without its perils. On every street corner in Jakarta you will find carts overflowing with durian for sale (there’s a reason the city’s known as the Big Durian) and although Indonesians love the sweet taste of the fruit, its pungent odour was less than appealing to me. Perhaps as bad as the durian were the rats. In Jakarta rats attack cats, not the other way around. I lost a fair bit of street cred with my neighbours when they saw me on multiple occasions running and shrieking from the possum-sized rats.

In our final week in Indonesia we experienced a rite of passage for anyone who’s lived in Jakarta: floods. The alleys surrounding our kos were higher than waist deep in water after torrential rain. Of course we did what any normal person would do, told our workplaces we were trapped by flood and explored the neighbourhood by inflatable boat. As we paddled around the streets our neighbours acted normally. Instead of waving and calling ‘pagi’ (good morning) they greeted us with a smile and called ‘banjir’ (flood). The children, instead of running up and tugging our hands, swam around our boat. 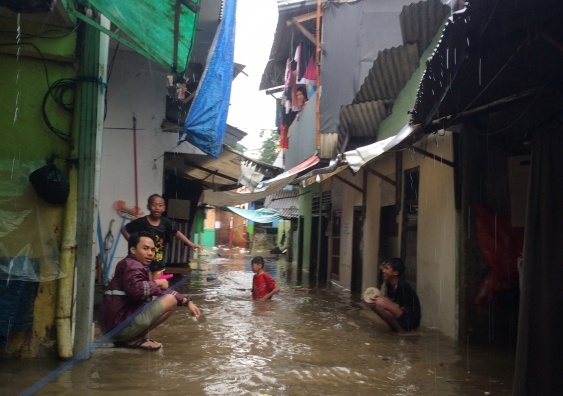 This professional practicum provided me with far more than fantastic professional experience as a journalist and university accreditation. I returned to Australia with an unending love and fascination for Indonesia, unforgettable experiences and lifelong friendships.

Annalise Bolt is a final-year Bachelor of Media, Communication and Journalism student at UNSW and was recently awarded the 2015 Jacoby-Walkley Scholarship.