UNSW medical student Andrew Fong is the founder and driving force behind MiniEpi, a more compact and easier-to-use adrenaline device for people with life-threatening allergies. 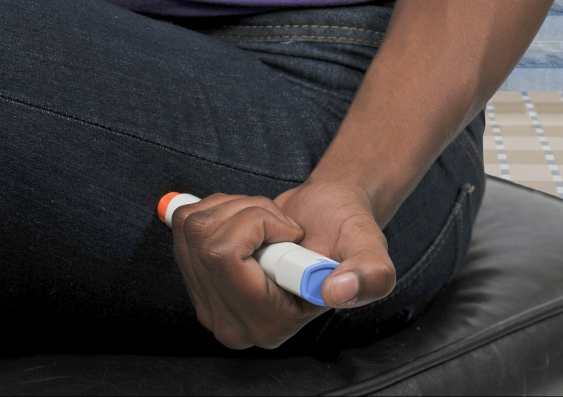 The current EpiPen is not pocket-sized and can be inconvenient to carry around. Photo: Shutterstock.

UNSW medical student, Andrew Fong, is the founder and driving force behind MiniEpi, a more compact and easier-to-use adrenaline injection device for people with life-threatening allergies.

The device can be attached to a key ring, making it easier for sufferers to carry with them when they are out and about and most likely to suffer an anaphylactic shock.

One in three people at risk of anaphylaxis fails to carry the EpiPen, the current device available on the market. Fong, who has had a dairy allergy since birth, says that's because the pen is too big and attracts too much attention.

“It’s 15 centimetres long and pretty thick,” he says. “There are packs that allow you to put it on your belt or strap around your calf but it doesn’t look good.

Fong says carrying such a noticeable device means users can easily be identified as someone with an allergy and become a target for bullying, a phenomenon he drew attention to in a research review recently published in the Journal of Paediatrics and Child Health. 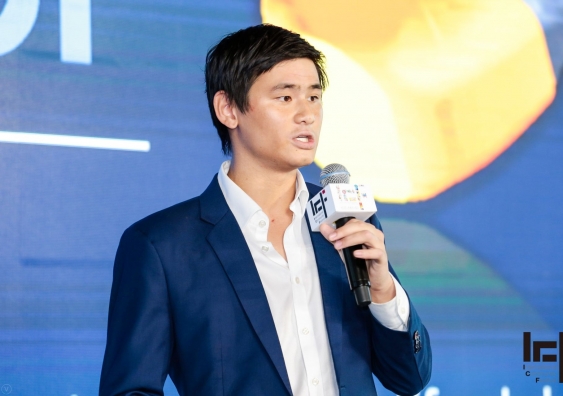 Andrew Fong is at home presenting the MiniEpi to audiences.

Since the age of nine, Fong has had had multiple life-threatening anaphylactic reactions – one almost every year. In a more recent incident, he accidentally drank a Boost Juice containing yoghurt and had to urgently call a friend to ask for his EpiPen.

“A lot of doctors mother me about not carrying it. My supervisor went off at me. But the truth is a lot of young people aren’t carrying it,” he said.

A call to action came last year when Fong was attending to people with allergies six days a week as part of a placement in his Medicine degree. He witnessed first-hand patients and families failing to carry the device, confirming his belief the pen could and should be made smaller.

When he heard about a hackathon event at the UNSW Michael Crouch Innovation Centre hosted by the Society of Medical Innovation, he decided to put his idea to the test.

The trio was invited to use the Makerspace in the MCIC where their design efforts earned them a regular office and a provisional patent. Their design, the MiniEpi, also has the support of leading allergy specialists, including Allergy and Anaphylaxis Australia. The device picked up the people’s choice award in the UNSW StartUp Launch.

“Our MiniEpi is much more compact and we have developed a way to stabilise the medication it contains so it doesn’t have to be replaced every year like the EpiPen does. We are also adding a higher dosage of 0.5 grams, which is the recommended dosage for people weighing more than 50 kilograms. The current EpiPen doesn’t offer this.” 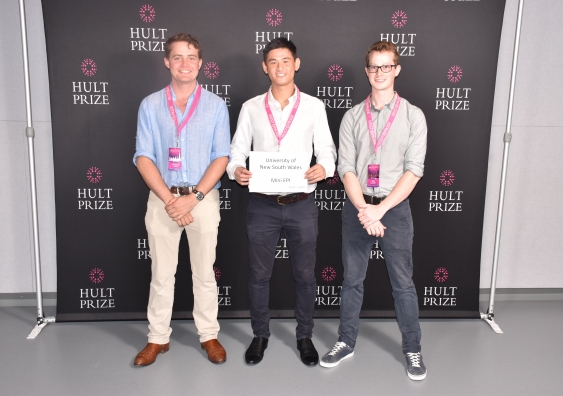 Other benefits include longer needle length and a speaker system that calmly explains the steps to take in an emergency. A similar system is found on defibrillators.

The team is working hard to ensure its design, which saw it place second in last year’s Peter Farrell Cup and represent UNSW at the Hult Prize in Dubai, receives a full patent by the end of the year. The team will then look to licence the device to a pharmaceutical company, with Fong setting his sights on a like-minded company.

“Our mission is to make medication and medical devices affordable for people. In countries like the US, it can cost $600 for two devices. We are aiming to sell ours there for $100 each.”

China is another international target for the MiniEpi, thanks to Fong’s trip there in June with other students and UNSW Innovations and the Confucius Institute to learn about China-based innovation and business.

Starting a business from scratch comes naturally to Fong. In primary school would buy lollies from Coles in the morning and then pay friends to distribute them at school at a higher price, netting a tidy profit. A tutoring business was another idea.

“I had been tutoring high school students for a long time and thought about turning it into a big business but I couldn’t find a suitable business partner.”

He says MiniEpi has much more scope and it relates to allergies, a field he wants to continue to work in after completing his degree. 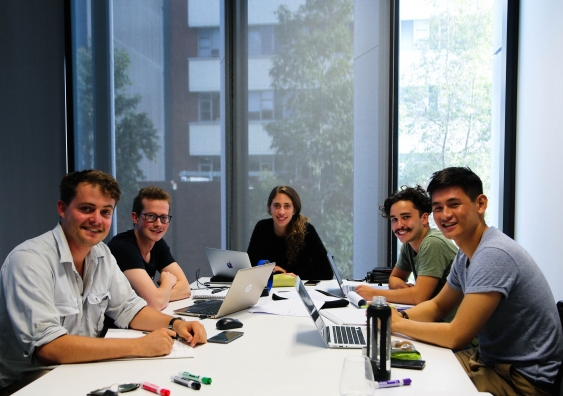 The MiniEpi team at work in the Michael Crouch Innovation Centre.

Until then, he will be spending his days studying and his after hours and Saturdays working with MiniEpi’s team of twelve students – 10 of them from UNSW – to help allergy sufferers increase their quality of life.

“I don’t sleep much. I’m definitely a workaholic by nature,” Fong says.

Read more about Andrew Fong’s research on allergies and bullying in The Courier Mail.