Once upon a time in Colombo

Set up 60 years ago to benefit students from Asia’s newest nations, the Colombo Plan marked the beginning of Australia’s regional engagement and helped change the face of UNSW. 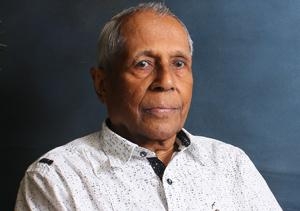 Mr Tennyson Rodrigo at his home in Colombo

Set up 60 years ago to benefit Asia’s newest nations, the Colombo Plan marked the beginning of Australia’s engagement with the region and helped change the face of UNSW, Australia’s first international university.

The  Plan would eventually bring more than 20,000 of Asia’s brightest to study at UNSW and other Australian universities. The Colombo Plan graduates have gone on to fill many influential positions in the region’s governments and businesses, often serving as de facto “ambassadors” for Australia and retaining strong family and business ties.

And for UNSW it was an important step towards becoming Australia’s premier international university.

“Our Colombo Plan graduates had the professional skills to help build the emerging nations in Asia, cementing UNSW’s place in the economic and educational development of our region,” Lang says.

For Tennyson Rodrigo, one of the orginal Colombo Plan students who came to Australia in 1952, the decision to study in Australia was unequivocal; there was no chemical engineering program available in the then Ceylon, now Sri Lanka.

“I am happy to have been part of the humble beginnings of UNSW. In six decades it has blossomed to become an academic institution of significant stature,” he says from his home in Colombo.

“In parallel, Australia has left behind its inward-looking legacy (of the “White Australia” period) and transformed itself into a multinational and multi-ethnic country that is a shining example to the rest of the world.”

UNSW is trying to reconnect with Colombo Plan students for a gala dinner in November to mark the program’s 60th anniversary. for more information go to alumni.unsw.edu.au.

International students swimming with the tide at UNSW