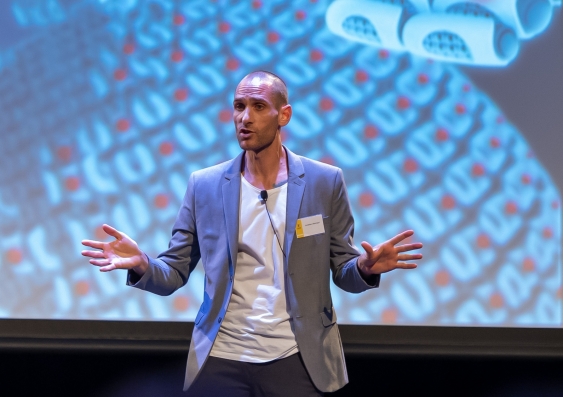 Years of research. Three minutes. One slide. That’s what the contestants depended on when they walked onto the stage for the 2018 Three Minute Thesis finals.

This year’s 23 contestants distilled their 100,000-word PhD theses down to three-minute presentations that a broad audience could understand – and appreciate. Their disciplines ranged from medicine, business, science, law, engineering, the built environment, art and design, to the social sciences.

UNSW Chancellor David Gonski says he is a great fan of the event, and Professor Laura Poole-Warren, Pro Vice-Chancellor (Research Training) and Dean of Graduate Research says it’s her “favourite”.

“The 3MT competition showcases our research in a very accessible way,” Professor Poole-Warren explains. “They are really engaging speakers, and they are talking about really important things, and that is absolutely key to getting the research we do out into the world.

“And while UNSW’s research is published in wonderful academic journals, not a lot of people read them. This gets the message to a broader audience.

“It also shows the interdisciplinarity of what we do: someone who is working in finance is also across climate science or biology, for example. And the presenters are gaining excellent communication skills.” 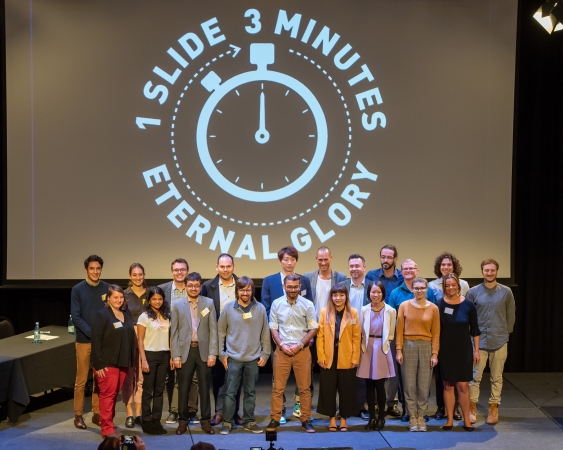 The contestants were also up against what Professor Poole-Warren described as a “very astute” panel of judges from UNSW’s outreach ASPIRE program – a group of Year 10 and 11 students from Chester Hill and Condell Park high schools.

The judges acknowledged the contestants’ overall quality of expression and presentation, especially by those whose first language is not English, and their ability to render complex ideas in ways the audience could understand.

They awarded third-prize to Bradley Hastings (Business School) for his uncluttered ideas about the challenges and rate of change we are facing, as well as for the way he used the space on stage. Georgina Wood (Science), who took second place, was singled out as the only participant who used an activity to connect with the audience when she asked them to close their eyes to “plunge” them into the centre of her research on crayweed. 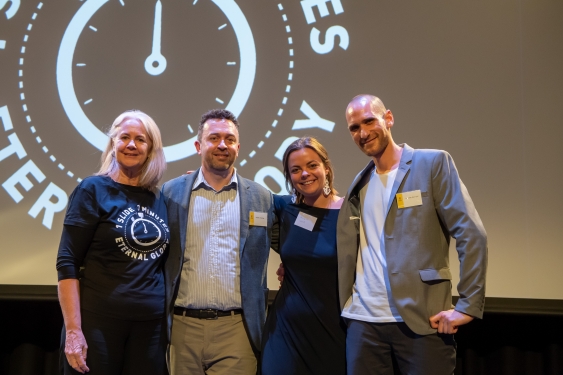 However, Jonathan Berengut (Medicine) stole the show with his ‘Bio-Nano Robo-MoFos’ delivery, taking out the trifecta of first prize, the People’s Choice award and the ASPIRE prize. The judges remarked that he gave the audience a whole narrative arc with depth and context. In his presentation – about how nanobots assemble themselves into very specific formations – he showed the way his research had evolved, and he left the audience with a clear understanding of a complex topic.

Berengut says it took him a few months, working on and off and through numerous drafts, before he reached his final version.

“There was also the slide. I think there were about four full days of work putting that slide together until I found something I was happy with and tested well – I tested the presentation a lot with people who hadn’t heard it and worked with their feedback, tweaking and modifying the words and the slide.”

He admits that he didn’t have any real reason for entering the competition and says: “At the start I thought what I was doing was really specific to the 3MT competition, but now I realise that I am much better at explaining what I do to people who aren’t in my field. I can see that it’s going to be very useful for me in the future.”

So, something that started as a “bit of fun” for Jonathan has turned out to be extremely rewarding - earning him the $3,000 top prize and a place in the 2018 Asia-Pacific 3MT Competition at the University of Queensland.

Watch the highlights of the 2018 UNSW Three Minute Thesis competition below: