Tesla battery engineer Sam Paterson is right where he wants to be –facilitating the clean energy shift. 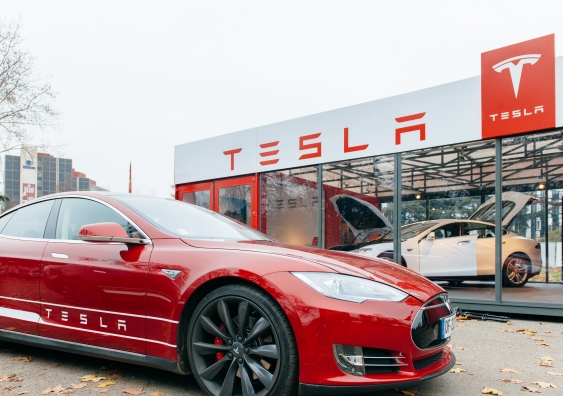 Tesla battery engineer Sam Paterson is right where he wants to be – facilitating the clean energy shift.

“Being able to say in my interview: ‘look, I was involved in a Guinness record, a world record and three World Solar Challenges, and I project-managed the design and build of a new solar car…’ Well, I came in as a pretty good candidate.”

So says Paterson when he initially threw his hat in the ring with the electric car giant Tesla a few months after he graduated in 2014.

Paterson studied Mechanical Engineering at UNSW and in his spare time project-managed the Sunswift solar car project. He says his involvement with the solar car definitely paved his way to the top tech company.

“I made great friends with my counterpart on Stanford University’s solar car team over the 2012-2013 World Solar Challenge (WSC) cycle. When I graduated, he put me in touch with someone working at Tesla who recommended me for the job. The recruiters at Tesla get over a million applications per year – which is absolutely insane – so if they get a recommendation from someone within the company, they take it pretty seriously.”

Paterson says he is thrilled to have been able to extend the network even further.

“I’ve referred five or six outstanding UNSW engineers to Tesla – particularly engineers I met through the solar car project – and most of them have roles here now,” he says.

“This really shows just how valuable the project is in creating networks and opportunities.”

When he started at Tesla, Paterson was working predominantly on battery module products, everything from battery modules going into Tesla’s Model X and Model S, to various sized battery packs, different cell chemistries and the modules going into the first generation of stationary storage. He is currently working on the high voltage battery pack for the upcoming Model 3.

Although his first degree was in music, Paterson says he found himself drawn towards the big problem of energy, particularly clean energy.

“I knew I wanted to come to UNSW, and initially thought I might do a photovoltaics degree, but when I got in touch with the solar car team and discovered they were building a new car, I decided to get involved. I soon realised I was more interested in the myriad opportunities available via mechanical engineering.”

Little did he know it at the time, but that decision would lead directly to his role at Tesla and, more interestingly, his work as a battery engineer. “Batteries are going to be a big story,” Paterson says emphatically. “And I’m very glad to part of it.”

If there is one thing Paterson is certain about, the work he is doing on batteries is not just about electric cars.

“We’re in really interesting times as far as energy goes. I was speaking to another UNSW alumni recently who works at one of Australia’s largest, and biggest polluting, energy companies. He said they know their business model of burning coal is headed for the rocks, so are putting serious effort into figuring out how to make renewables work, particularly from an energy storage point of view,” he says.

“I believe the battery products we’re making at Tesla will go some way to solving that renewable energy storage problem.”