UNSW media student Annalise Bolt has won a prestigious scholarship from The Walkley Foundation to work at 60 Minutes and Nine News. 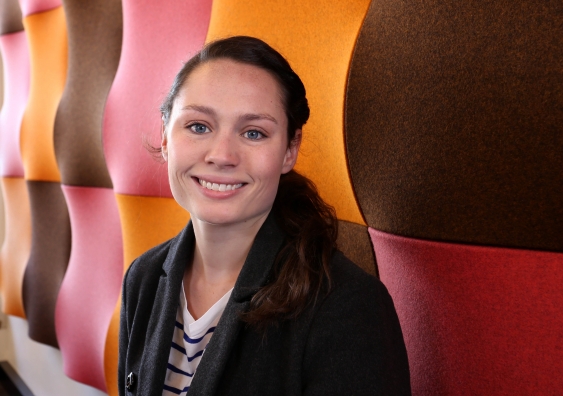 The final-year Bachelor of Media in Communications and Journalism student, and current editor of UNSW’s Blitz magazine, is the winner of the 2015 Jacoby-Walkley Scholarship.

Beginning at the end of August, Bolt will spend eight weeks at the Nine Network in Sydney, working for four weeks at the TV current affairs program 60 Minutes, which she says she’s most excited about.

Another month will be spent at Nine News, the Today Show and A Current Affair. She will finish the internship with a stint at The Walkley Foundation for Journalism, helping to organise its annual awards and writing for its magazine.

Bolt was one of seven finalists interviewed by the judges: Anita Jacoby, the award sponsor and managing director of ITV Studios Australia, Josie MacRae, the deputy news director at Nine Network, and veteran Nine journalists Tom Krause and Jim Waley.

“When they called me the next day and told me that I won I was very surprised,” says Bolt. “I was super excited but I didn’t expect to get it at all.”

The judges said it was Annalise’s “dedication and enthusiasm” that convinced them she deserved the scholarship.

“Annalise Bolt showed us she has ideas, understands the competitive and fast paced nature of television in the digital age, and is determined to make an impact through hard work,” they said.

“We were really pleased to give her this opportunity, hopefully kick starting a long career ahead.”

Bolt, who originally began her studies focusing on public relations, took seven months off at the end of her first year to travel around Europe and South East Asia. When she returned to UNSW she decided to refocus her studies on journalism.

“When I started off in journalism I just absolutely loved it – I was so excited to throw myself into all of my assignments,” she says. “I also tried to get as much work experience as I could.”

At the start of the year, Bolt interned at the Jakarta Post in Indonesia, reporting for its features section. She has also interned at Nine Network’s Today Show for nearly a year, assisting producers and working as a runner.

“It was a great experience because I got to work with everyone in the studio – the production staff and the hosts – so you get to see all the different aspects of the show,” she says. “It’s fun working on a daily show, which is so fast paced.”

But she’s interested to learn how things work for a weekly program like 60 Minutes: “I imagine myself, in the end, working on a show that is more long-form, where you get to sink your teeth into a story – so it will be cool to see how that works.”

“I think this is something that is really misunderstood by the Australian public, and I think it’s journalism’s job to actually cut through the policy talk and tell the truth about what these people are experiencing.”

And she thinks TV is an ideal medium: “It is such a powerful method of storytelling, and it’s accessible to such a wide audience.”

She’s also optimistic about the future of journalism, and says she hopes to one day work on “interactive, long-form pieces for online that combine video, spoken word, text, mapping, where the reader can navigate and contribute to the story through social media.”

“I see journalism turning into something a little more interactive and a lot more comprehensive, telling one story from a range of different angles and different voices,” she says. “The biggest challenge is trying to work out how to monetise that product.”

The Jacoby-Walkley Scholarship is awarded in honour of Phillip Jacoby, a pioneer in the Australian electronics and broadcast technology industry.

In addition to her internships, Bolt will receive at least one free TV production course through AFTRS, and mentorships with senior journalists at The Walkley Foundation.

“I am excited to soak up as much advice as I can,” says Bolt. “I think it will be pretty challenging, but that’s part of the fun.”

Wanted: a trustworthy keeper of the truth