The rights of Indigenous peoples and children will be the focus of UNSW alumna Samara Hand’s postgraduate studies in London as a 2016 Roberta Sykes Indigenous scholar. 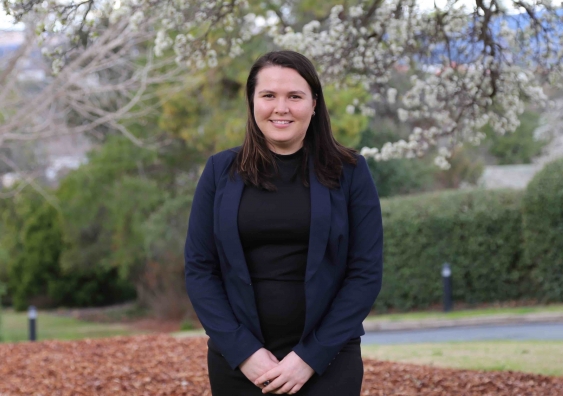 The rights of Indigenous peoples and children will be the focus of UNSW alumna Samara Hand’s postgraduate studies in London as a 2016 Roberta Sykes Indigenous scholar.

Hand, 25, will complete a Masters in Understanding and Securing Human Rights at the University of London.

She says the course is a stepping stone to eventually completing a PhD: “I want to analyse from a human rights legal perspective, how the rights of Indigenous peoples – for example the right to enjoy their own culture and to use their own language – are reflected in education laws and policies.

“I think many Aboriginal and Torres Strait Islander students find that Australia’s education system lacks an Indigenous perspective and lacks the availability of learning an Indigenous language,” she says. “This perpetuates the impact of colonialism.”

Hand hopes to pinpoint gaps in education law and policy for improvement. Longer-term, she has aspirations to work for an Aboriginal Legal Service and become a university teacher. 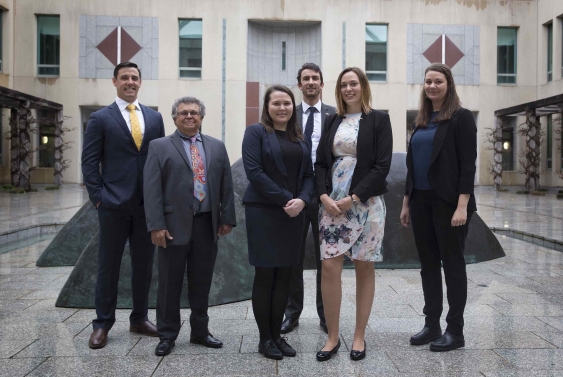 Pursuing a passion for education

For postgraduate study at top UK universities, the scholarships support Indigenous Australians who, like Sykes and Perkins, have the potential to become leaders in their field of study and in their communities. Scholarships are awarded on the basis of academic merit.

Roberta “Bobbi” Sykes was an Australian author and poet. She received a doctorate from Harvard University in 1983 and was a long-time activist for Indigenous land rights and educational opportunities.

“It is such a great honour to receive a scholarship dedicated to Bobbi because she is an inspiration and, like her, I share a passion for Indigenous education… I believe education has the power to transform peoples’ lives and it opens up a world of opportunities,” says Hand who was one of three recipients.

The scholarship, jointly supported by the British and Australian Governments, is valued at $75,000 annually for up to three years.

It has allowed Hand to cover otherwise insurmountable tuition and living costs, but also has a deeper meaning: “Beyond the financial support, the scholarship also symbolises the past and future achievements of Indigenous students in higher education,” she says.

“It is a testament to the fact that Aboriginal and Torres Strait Islanders continue to succeed at top universities, something which many people once thought impossible.”

Path to success leads through UNSW

An Awabakal woman of Worimi and Biripi decent, Hand is originally from the Newcastle area but grew up in Sydney.

During years 11 and 12, she attended the UNSW Indigenous Winter School. While on campus, she met the staff at Nura Gili and Jeni Engel, director of Indigenous legal education at UNSW. “The support they provided was a major reason I chose to attend UNSW instead of another institution,” she recalls.

During her time at UNSW, Hand received an Indigenous cadetship with the Department of Immigration, where she worked in the Refugee and Humanitarian program. She also worked as a research assistant with the UNSW Justice Reinvestment Project. 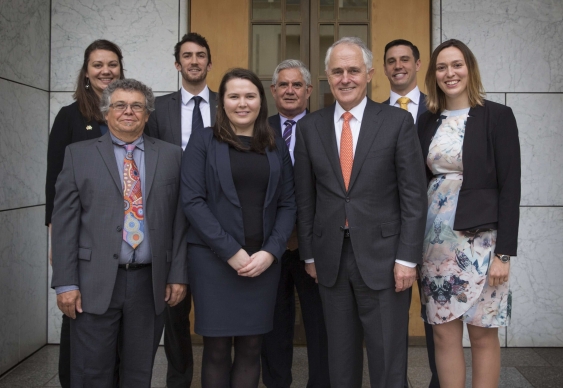 “I was able to learn about programs and initiatives that took a more holistic approach to reducing crime, whereby spending is invested in communities and community services to address the factors that commonly lead to crime such as lack of housing,” she says.

Hand, who graduated last year with a Bachelor of Arts/Bachelor of Laws including a major in International Relations, is excited about her next chapter in London.

But the aspiring human rights lawyer is still grateful to the community at Kensington campus: “I would like to say a thank you to UNSW for its support of Indigenous higher education,” she says, “and to Nura Gili for creating a home for the many Indigenous students studying there.”

The Chair of the Roberta Sykes Indigenous Education Foundation, Peter Waters, emphasised the importance of the program in showing young Indigenous Australians that they are capable of achieving at the highest levels. “The opportunity to study overseas at some of the world’s leading universities is a powerful message to Indigenous youth that Indigenous youth can be – and should be – amongst the 'best and brightest' of this country. As a nation, we will be richer for that,” he said in a statement.