There needs to be engagement in a meaningful way before Asia's popularity as an exchange destination increases for Australian students, writes Natalie Karam. 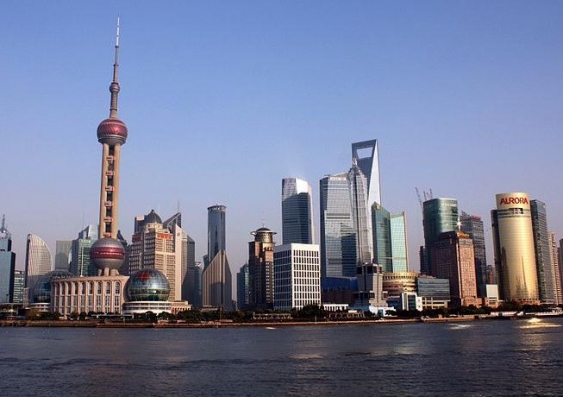 OPINION: Kevin Rudd and Julie Bishop are keen to see many more Australian students study in Asia. But is the demand really there?

When I stepped into the concrete jungle of the University of Hong Kong, one of Asia's top universities, I was surprised that there was only one other Australian sitting with me at our orientation, out of a cohort of 90 law exchange students. Instead, I was surrounded by swarms of Americans, Canadians, British and, oddly enough, an incredible number of Swedish students. They all told tales of how they wanted to study in Asia because it was "exotic".

But ask Australian students where they want to undertake their exchanges, and most will rattle off cities such as Amsterdam, New York and London. It's almost unheard of to hear Kuala Lumpur, New Delhi and Taipei mentioned. Yet the best and brightest from the likes of Harvard, University College London and the University of Toronto were sitting in that same classroom with me in Hong Kong, beaming that it was their first preference for exchange.

Many of their own countries suffered immensely during the global financial crisis, while Australia was relatively unaffected. For them, cities such as Hong Kong offer hope and unparalleled economic opportunities in the Asian Century. For us, we haven't quite embraced the fact that our future is inside of Asia. Australia has always had an Asian investment presence within our borders, which is now starting to wane.

There are several challenges that governments and universities face in attracting more Australians to Asia for exchange. The main one is that Asia does not seem new, exciting or different to us. It's almost a rite of passage for university students to holiday in Asia before going on exchange, eating pad thai from banana leaves and lazing by the beach. I had already travelled through most of Southeast Asia and taken a short course in Shanghai before I left for Hong Kong.

Our geographic proximity to Asia is our greatest strength and our greatest weakness in improving Asian-Australian relations. For my other international exchange friends, they squealed with delight when they ticked Bali off their travel bucket list. My Australian friend and I couldn't think of anything more banal. For students choosing where to go on exchange, the casual familiarity we have with the region is a turn-off.

However, the thing that most Australians don't grasp is that travelling and living in Asia are two completely different experiences. When travelling in Hong Kong, you have fond memories of the cheap-as-chips hotel room you slept in after sipping cocktails at the world's tallest bar in front of the world's best skyline. This hotel room is a stark contrast from the 8sq m shoebox you call home for nine months and the $3 dinners at a local Cantonese dai pai dong on the street. We also find it hard to adjust to campuses that are not teeming with student life. It took me Facebook stalking at least three people at HKU before I weaselled my way into the debating society. There are no bars on campus and locals are often found sleeping in classes and study spaces, much to my annoyance.

Because of these obstacles, exchange students in Asia naturally retreat from interaction with local students, gravitating towards the company of other international students. If I hadn't joined the debating society, I probably never would have had the opportunity to interact with any local students while on exchange.

The other perceived barrier is cultural. During my year away, I coached and judged university students in debating across Asia. They were at first too scared to approach me. They admitted that they did not know much about Australia and that in debating circles "we stick to our own". Our relative "otherness" was intriguing to one another.

Academically, opinions about internet censorship and educating Chinese exchange students in class that the Dalai Lama was not a genocidal maniac were as foreign to some as Confucian concepts such as harmonious society were to me at first.

Socially, I took Asian debating students out for drinks in Beijing. They taught me Chinese social etiquette, such as tapping my finger on the table when receiving tea to indicate thanks. If the government is serious about meeting its educational goals in the white paper, it needs to understand the institutional and cultural limitations in increasing Asian exchanges. Reversing Australian students' reluctance to study in Asia is not for lack of trying on our universities' parts. University of NSW has more than 70 exchange partners in Asia, well and truly exceeding its white paper objectives.

However, most exchange agreements are governed by reciprocity requirements that dictate supply and demand: HKU sends one student to UNSW and vice versa. You cannot inflate that demand if there is no supply. They also have language prerequisites, ruling out many universities that teach exclusively in Mandarin, Japanese or Indonesian.

There needs to be a genuine desire for students from Australia and Asia to increase engagement in a meaningful way before Asia's popularity as an exchange destination increases.

Natalie Karam graduated with Honours in Law from UNSW. She travelled overseas last year to Hong Kong and Bangkok as one of 20 undergraduate recipients of the Prime Minister's Australia Asia Award.

Research online: why universities need to be knowledge brokers