Three UNSW graduates have been awarded prestigious John Monash Scholarships, enabling them to undertake Masters degrees at two of the world’s best universities – Harvard and Oxford. 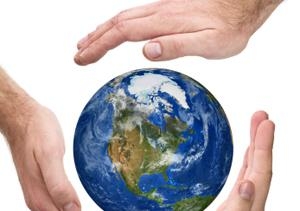 Three UNSW graduates will next year undertake their Masters degrees at two of the world’s best universities, thanks to a prestigious postgraduate scholarship.

Stephanie Pow will spend the next three years at Harvard researching how to invest private equity for social good, as one of three UNSW recipients of the Sir John Monash Scholarship, which provides students with assistance to complete their Masters or Doctoral degrees at some of the world’s best universities.

The scholarships are awarded for outstanding academic achievement, demonstrated leadership and community service.

Pow currently works as Associate Director of Derivatives at UBS. She graduated from UNSW as a Co-op Scholar with a Bachelor of Commerce with First Class Honours and is a University Medallist. Six years ago she established Capital W, an organisation that provides leadership training for talented female students.

Pow will next year begin a Masters in Public Policy and an MBA at Harvard University, researching ‘impact investing’, which generates both a financial return and social good.

Speaking on ABC Radio, Pow says this type of investment is a relatively new area in Australia, which requires “a unique skill set”.

“At present it’s an uncoordinated innovation. I hope to come back to Australia to start a large fund that targets industrial investors,” she said.

Two former cadets from UNSW Canberra at ADFA have also been named Sir John Monash Scholars and will travel to Oxford University to undertake their Masters degrees.

Flight Lieutenant Cavin Wilson graduated in 2008 with a Bachelor of Business and will complete a Masters of Philosophy and Economics, with a particular focus on “game theory” and how it can be applied to industrial relations and labour economics.

Flying Officer Alexander Barbaro graduated in 2009 with a Bachelor of Electrical Engineering. At Oxford he will investigate the challenges currently preventing greater implementation of ultra-wideband communications technologies.

The two Monash Scholars are mates from their days at ADFA, and are both involved in the charity Soldier On, which supports Australian Servicemen and women who have been wounded – both physically and psychologically – in contemporary military operations.

Chair of the Foundation, Ms Jillian Segal AM, congratulated this year’s recipients, who are expected to return to Australia as future leaders in their fields.

“This year’s winners are a particularly notable group, directly addressing major challenges for Australia,” she said.