After its triumphant launch last year, TEDxUNSW is raising the bar, hosting a bigger audience to showcase speakers with expertise in growing small ideas into big successes. 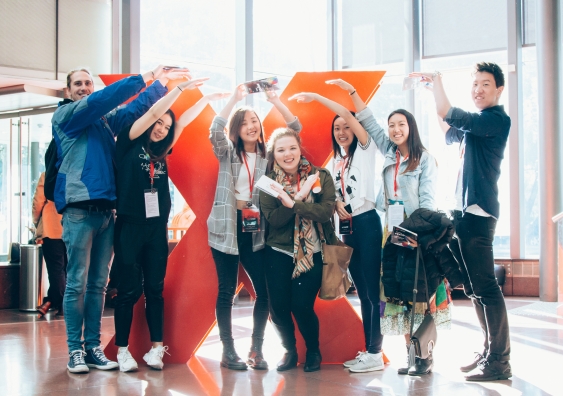 This year’s TEDxUNSW event will see up to 350 people come together on 12 August at Leighton Hall on the Kensington Campus to hear ten speakers share their experience building ideas and networks piece by piece to grow enterprises under the theme 'small pieces, big picture'.

Founder of Energx and energy intelligence expert, Sean Hall is one speaker guaranteed to inspire. After watching Australia experience an 'energy crisis' twice in three years, the former Telstra executive immersed himself in all aspects of energy and well being and is now on a mission to help Australians build their energy intelligence. His book BOOM! Why Energy Intelligence Is The Key To A Successful Life will be published later this year.

"The TED talks that had a big impact on me were the ones that turned an idea and gave you a way to really act. I want to inspire people to act, and make them feel a part of something,” said Sean.

Rhonda Brighton-Hall – after working in HR roles at CBA, Luxxotica and Sara Lee, Rhonda started her own online community, mwah, promoting the need to keep work humane, and the need for good leadership and inclusion.

Lucy Thomas – having experienced bullying when she was young, Lucy took action and together with her sister founded Project Rockit, an organisation that mobilises youth against bullying, hate and prejudice.

This year’s theme reflects the TEDxUNSW team’s desire to see students, staff and alumni share ideas and work together.

“There are not many events where these groups can interact and share ideas," said TEDxUNSW co-founder and UNSW Alumnus Shariq Nabi. "To make something great, all the individual pieces have to come together to create the big picture.”

Thanks to Shariq and fellow co-founder and UNSW engineering masters student Angela Nguyen, this year's event will be bigger because the two attended an official TED event in San Francisco last October and upgraded their TEDx licence to host larger audiences.

“There were people there from all over the globe; Russia, the UK, Africa, even some Australians. It was just awesome. We learnt a lot, which is great because we want to recreate that level of TED professionalism at UNSW,” Shariq said.

When: from 9am on Saturday 12 August