It's important to remember the ATAR cut-off for each degree does not necessarily reflect the difficulty - or quality - of a study program, writes Merlin Crossley. 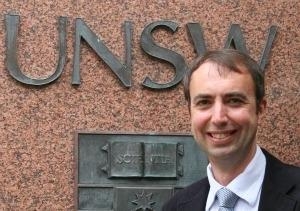 OPINION: Jack's mother was horrified when she discovered that he had sold their only cow for a handful of magic beans. Similarly, many parents across the country are watching anxiously to see how their children will spend their one and only Australian Tertiary Admission Rank, or ATAR.

With applications for first-round university offers closing on Friday, it is important to remember the ATAR cut-off for each degree does not necessarily reflect the difficulty - or quality - of a study program.

It is simply a measure of supply and demand; of the desirability of a degree and how many students can be accepted into it. The professional degrees - law and medicine - only take a small number of students and are very attractive, so they have always topped the ATAR tables.

Additional selection criteria are now used for entry to undergraduate medicine, making the ATAR dominance of law most striking. The cut-off is as high as 99.7 at some universities, which means only the top 0.3 per cent of school leavers can expect to walk into law at the leading institutions.

The prestige attached to this situation makes it likely law will remain at the top of the ladder for a while, unless something else changes. Increasing fees associated with studying law, for example, could reduce demand.

Such a step might be in the interests of society, since the best students are required in other professions as well. The move could also be helpful to young people who have different interests to law but still feel compelled to choose it because of the prestige.

Fortunately, the ATARs for entry into science and engineering courses seem to be improving of their own accord. The ATAR cut-off for the bachelor of science degree at the University of NSW, for example, has risen from 76 to 82 in the past three years. And the ATARs for advanced science, advanced mathematics and medical science at several institutions are about 95 or more.

As the prestige of science degrees becomes more firmly established, demand will grow.

So why are science and technology degrees suddenly thriving?

For some time Australia's Chief Scientist, Ian Chubb, has argued the country needs more people with a scientific education. There will be many jobs available in science and a shortage of skilled professionals, he has pointed out. That message seems to be getting through.

The growing influence of Asia may be another factor. Many of China's political leaders are engineers and the country has a deep reliance on, and respect for, science and the opportunities new technologies create. China's commitment to science has already promoted economic growth in our region.

The influence of science in the world is also increasing. While some fear the ugliness of the climate change debate has reduced the standing of science in society, it can also be argued this debate illustrates just how critical scientific knowledge is to global politics.

If you have high ideals and want to do something to make the world a better place then learning science is a good first step.

Finally, science may have become more popular because it is such a first step. Once upon a time, students took only one degree in their life but now it is common to go on to pursue a graduate master's or doctoral degree. Fundamental degrees such as science keep all doors open.

In a perfect world, the ATAR cut-off for a degree would be related to its difficulty - the higher the cut-off, the harder the degree.

This is not the case. But the fact our system is driven by prestige and intense competition is not all bad. Student demand is an important force that shapes the education sector and competition makes it stronger.

A long-running rivalry between the University of Sydney and the University of NSW, for example, has the two neck and neck in the competition to offer the most prized ATAR cut-offs. Other universities in NSW have also developed niche areas of study where they can attract top performers.

All students need to remember is completing, rather than beginning, a degree is the critical issue. Choosing a degree you feel you will enjoy remains the most important thing. The days when there was a single route to success are long gone. Prime ministers and Nobel prize winners can begin in virtually any course in any institution.

If Jack had known the dollar-value of his cow then his task of selling it would have been simple. But he went for the magic beans, not knowing where they would take him. As families enter the annual ATAR bazaar they should do so without too much angst, secure in the knowledge that, like beanstalks, all education choices lead upwards.

Engineering another string to her bow

More to success than raw marks