Opening this week, the 2016 Sci-Fi Film Festival will feature new talent from around the globe, including a short film by UNSW film student Josef Arbiv. 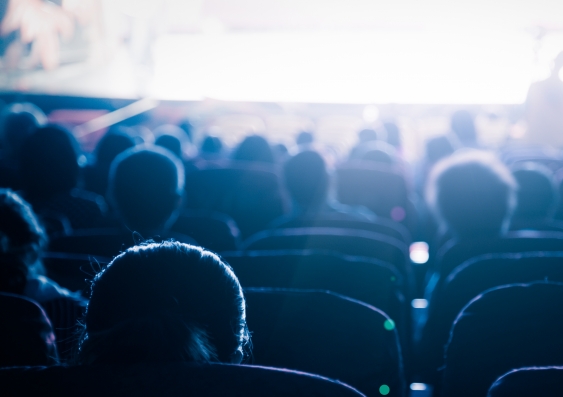 As a frequent visitor to the Randwick Ritz cinema, UNSW film student Josef Arbiv has enjoyed drawing inspiration from films like ‘Inception’ and ‘Eternal Sunshine of the Spotless Mind’.

But this weekend he will be in the audience watching his own short film ‘Signature Tune’ on the big screen, after it was selected for the 2016 Sci-Fi Film Festival.

It will be the second run at a festival for the six-minute film, which also won a spot in the recent Vision Splendid Outback Film Festival held in Winton, Queensland.

Arbiv says watching ‘behind the scenes’ features on the making of ‘The Lord of the Rings’, and seeing the fun and passion involved, inspired him to enrol in the UNSW Bachelor of Media in Screen & Sound Production.

‘Signature Tune’ was the outcome of his third-year university assignment that tasked students with exploring the theme of ‘not real’.

Arbiv says for a long time he struggled to come up with a story or an idea, however one striking image kept recurring in his mind.

“I had a picture of a gramophone sitting alone in the middle of a forest, and I wondered what music it would play.  The film really emerged from that visual,” he says.

Arbiv worked with a crew of five to complete the film, as well as three actors, Abe Smyth, Kirrily Noble and Damien Silvester.

He says he really enjoyed the opportunity to put into practice all the theory he had learnt in the first two years of his degree, however things didn’t always go to plan.

“We were running out of time and we didn’t have all the shots we needed so we had to try to fix it in the editing, which wasn’t easy.”

“However, despite all the headaches, in the end I was really pleased with how it all came together,” he says.

The film explores a tortured subconscious and what happens when the heartbreak of reality breaks through the barrier to the dream-world.

Arbiv is currently completing an internship at Guerilla Films, a small Australian film production company, and says in the future he would like to work in either film production or advertising.

The 2016 Sci-Fi Film festival, now in its third year, is being supported by the UNSW Faculty of Science, and will run over five days from 19 to 23 October at the Randwick Ritz cinema. 'Signature Tune' will screen on Saturday at 4pm.