Cricketer Carly Leeson is on a high – her team is leading the Big Bash women’s competition and she has just scored a prestigious Ben Lexcen Sports Scholarship to study at UNSW. 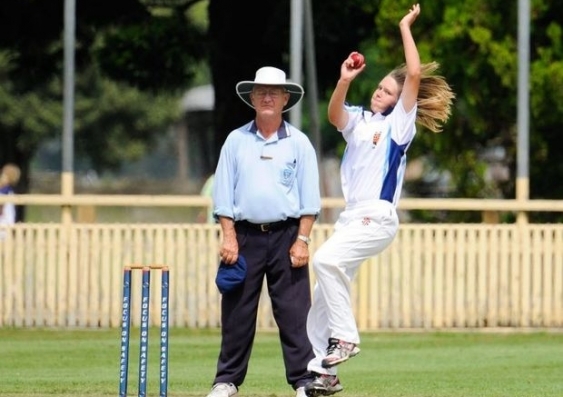 Cricketer Carly Leeson was named Female Country Cricketer of the Year in both 2015 and 2016. Photo: provided

Cricketer Carly Leeson is on a high – her team, the Sydney Sixers, is leading the Big Bash women’s competition and she has just scored a prestigious Ben Lexcen Sports Scholarship to study at UNSW.

The 17-year-old all-rounder hails from the north coast of NSW and was named Female Country Cricketer of the Year in both 2015 and 2016. She recently moved to Sydney and plans to live on campus during her studies.

“It’s a great privilege to be awarded a UNSW Ben Lexcen Scholarship. It is a prestigious award and, especially knowing those who have been awarded it before me, it’s definitely an honour,” says Leeson.

As a UNSW Ben Lexcen Scholar, Leeson will be following in the footsteps of well-known Australian female cricketers Alex Blackwell, Sara Hungerford and Georgia Redmayne.

Blackwell, who currently plays for NSW and Australia, was a Ben Lexcen Scholar from 2002 to 2005 and is the most-capped female cricketer in Australian history.

Hungerford played with the Sydney Sixers last season and with the ACT Meteors in the Women's National Cricket League. Redmayne is currently playing for the Hobart Hurricanes in the Big Bash.

“Any female cricketer who has followed the same path that I am looking to follow is an inspiration to me – someone to look up to and get advice from,” Leeson says.

Blackwell, Hungerford and Redmayne all studied medicine. Blackwell worked as a genetic counsellor for pregnant women and Hungerford is now working as a cardiologist at St Vincent’s Hospital. Redmayne is in her fifth year of medical studies.

However, Leeson is planning to take a different tack and study environmental management.

“I chose UNSW because it is very accommodating for people who play sport at an elite level and who have pretty hectic schedules,” she says.

UNSW Elite Athletes and Performers Support Program manager Helen Bryson says the University provides eligible students with support so they can successfully integrate their academic life with their sporting pursuits. 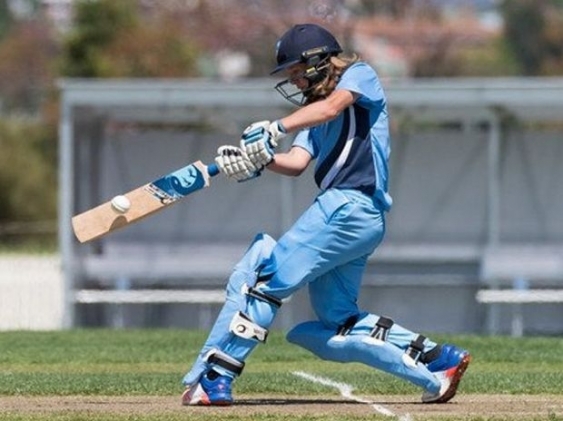 “I like the mental challenge of cricket – it’s not purely a physical sport" - Carly Leeson. Photo: Supplied

“UNSW offers assistance in areas such as enrolment flexibility, cross-institutional study options and leave of absence for travel commitments,” she says.

Leeson has had to juggle sport and study all through high school so she is well practiced in starting her exam preparations early.

“But it is great to know that there will be people at UNSW who understand the situation and who will be there to support me,” she says.

Leeson became a member of the Shooting Stars squad for their tour of Sri Lanka in 2015, and she is also in the NSW Women’s under 18s squad and the NSW Women’s High Performance Academy.

“I like the mental challenge of cricket – it’s not purely a physical sport, it’s both mental and physical and I really enjoy that aspect of it.

“I’m looking to play for the NSW Breakers soon, and playing for Australia is the ultimate goal, but that is still probably a few years away yet,” she says.