Talking about a (renewable) revolution 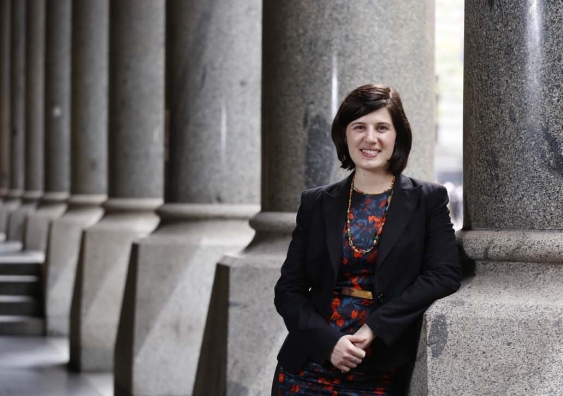 Australia is definitely one of the most exciting places to be for renewable energy right now – 2016 Fulbright Scholar Caitlin Trethewy. Photo: Grant Turner/Mediakoo

Australia is going to be an exciting place to live and work as new renewable energy technologies move into the mainstream, predicts UNSW renewable energy engineering graduate Caitlin Trethewy.

Households in Australia boast one of the highest uptakes per capita in the world of rooftop solar arrays, and research institutions like UNSW and the ANU hold world records in solar cell energy conversion.

“Australia is definitely one of the most exciting places to be for renewable energy right now. And I suspect when the price signal comes into play we’ll be equally as enthusiastic about the adoption of future renewable energy technologies.”

“We just have to make sure the regulatory frameworks are in place,” says the 26-year-old, who graduated with a combined degree in philosophy and renewable energy engineering in 2013 and was recently awarded the 2016 WG Walker Fulbright Scholarship.

My experience has shown me that the challenges around renewable energy aren’t necessarily technical engineering problems, they are issues of capital allocation – finding financing for projects.

The scholarship goes to the highest-ranked Australian postgraduate candidate. Trethewy will enrol in a Masters in Public Policy (Renewable Energy Policy) at Harvard University’s John F. Kennedy School of Government in August.

“My experience has shown me that the challenges around renewable energy aren’t necessarily technical engineering problems, they are issues of capital allocation – finding financing for projects. Then it’s about having clear, thoughtful policies that send signals to market players about what they should implement.”

“I am interested in learning what regulatory measures are going to be able to help us integrate these technologies smoothly because there’s also potential for them to be really disastrous if we don’t handle them properly.”

Harvard’s “American experience” will allow her to get closer to where much of the renewable energy technology is being developed, in hubs such as Silicon Valley on the country’s west coast and the Harvard/MIT technology hub in the east. 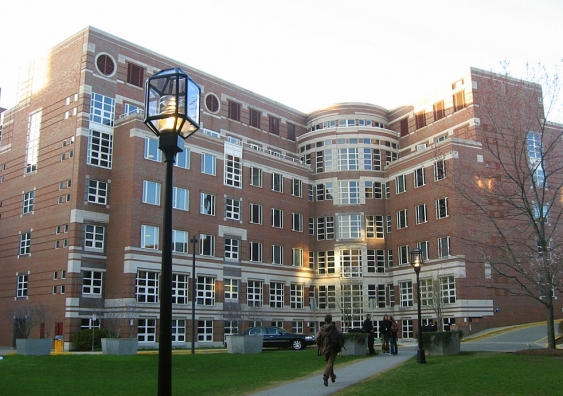 “I’ll have the opportunity to meet with people in companies like Tesla and Google and see first hand how a different country is addressing these issues. I hope to be able to bring some of these lessons back,” she says.

Since graduating from UNSW, Trethewy has become a green star accredited professional with experience working in solar energy and ecologically sustainable design. She is currently a renewable energy consultant at GHD Group, where she has just finished a secondment to the Department of Defence in Canberra.

As a Fulbright scholar, Trethewy will be following in the footsteps of some of Australia’s brightest minds.

Climate change came to the fore of public consciousness as an issue and I really wanted to do something about it. The Renewable Energy Engineering degree at UNSW gave me a clear pathway to make a contribution to solving the problem.

A public policy degree from Harvard is the next step in an upward trajectory for the Sydneysider, who “absolutely knew” she wanted to study at UNSW when she finished high school in 2007, the same year former US vice-president Al Gore’s film The Inconvenient Truth was released in Australia and then-prime minister Kevin Rudd signed the Kyoto Protocol.

“It was also the same year Tim Flannery was named Australian of the Year and I was reading his book. I was at this unique moment in time when climate change came to the fore of public consciousness as an issue and I really wanted to do something about it. The Renewable Energy Engineering degree at UNSW gave me a clear pathway to make a contribution to solving the problem.”

At UNSW, she excelled academically, winning the UNSW Renewable Energy Thesis Prize for highest mark in her cohort.

Trethewy’s double degree also helped. Alongside her Bachelor of Renewable Energy Engineering, she also completed a Bachelor of Philosophy, specialising in political and moral inquiry. It provided the theoretical foundations to ask the really big questions such as “how should we live”, “how should we come together as a society”, “what is the most just form of government”, and “how should we structure our democracy”?

“It really was the opposite end of the problem from the engineering side of things where we were concerned with the nuts and bolts of how we implement the renewable technologies for the future. It was a really unusual but nice complement.”

The Harvard degree will give her vital skills in leadership and economics.

While at UNSW, Trethewy was enthusiastic about being involved in extra-curricular projects, a strategy she recommends to all students, especially women, who want to gain valuable real-world experience. She volunteered with the UNSW Solar Racing Team, contributing to the design, construction and race campaign of the car Sunswift IV, which won Silicon Class at the World Solar Challenge in 2009 and broke the Guinness World Record for the fastest solar powered vehicle in 2011. She held executive positions in the UNSW Photovoltaic Society and UNSW Women in Renewable Energy. 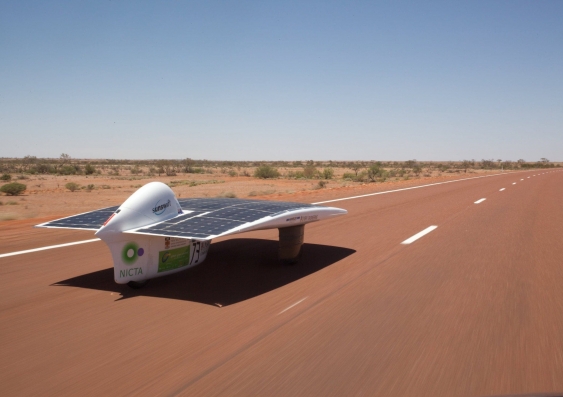 After graduating, she also worked in a small project team with Engineers Without Borders to deliver training on understanding electricity bills and saving energy in the home to the Aboriginal community at La Perouse in Sydney.

The Fulbright Scholarships are offered by the Australian-American Fulbright Commission to promote education and cultural exchange and partnerships between the two countries. Trethewy was encouraged to apply by her supervisors and the UNSW scholarships office, but believed it was “a bit of a long shot”.

“So I put it on the back burner, and got some work experience behind me instead.” It was a tactic that paid off.

Being named as a 2016 Fulbright scholar was a great honour, Trethewy says. "It was an acknowledgment that my project and the kind of issues I’m interested in are relevant to our national interest and also our bilateral interest with the United States.”

It was also recognition that the foundations she had built at UNSW were worthwhile.

“It demonstrated that what UNSW is doing, particularly in the photovoltaic and renewable energy engineering school, is innovative and world-class and that we have a lot to give to the world in sending our alumni overseas to work and study further.”