Teaming up to help the homeless

Two teams of UNSW students are in the running to win the ‘Big Idea’ social enterprise competition for their business plans that aim to create jobs for the homeless. 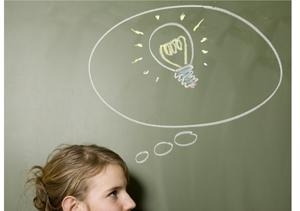 Two teams of UNSW students are in the running to win the ‘Big Idea’ social enterprise competition for their business plans that aim to create jobs for the homeless.

Co-ordinated by The Big Issue magazine, the pilot scheme gives university students the opportunity to develop a not-for-profit social enterprise that can generate work opportunities for the homeless and disadvantaged.

The two teams – The Big Issue Task Squad and Team Velo – will next week travel to Melbourne for the finals, where they will present their plans for a job matching initiative and an inner-city bike storage facility respectively to a panel of judges and compete against the top team from Swinburne University.

“Our idea provides a twofold social benefit of giving meaningful work opportunities to those who live on the street while also allowing individuals and organisations to use their own time more productively,” says Oliver, a Commerce/International Studies student.

Team Velo, headed by Industrial Design student Alan Jackson, has designed inner-city bike shelters that will employ the homeless as attendants, scanning in commuters’ bikes for storage during work hours.

“This concept provides the unemployed with a springboard back into the community, while also introducing much-needed infrastructure, as there isn’t much bike storage available in the city,” says Jackson.

Pia Galea, Senior Project Officer from UNSW Student Development – Participation and Engagement, says the ‘Big Idea’ competition encouraged students to develop an understanding of homelessness and to take initiative in developing their business plans specifically focusing on this issue.

“The process has allowed the students to really develop their self-reflection and entrepreneurial skills as they’ve been responsible for their project right from the start, with a little help from The Big Issue and our own staff members,” she says.

Several other business and industry leaders will help to judge the competition, including Telstra Chief Financial Officer Andrew Penn.

Participants of the winning team will receive an iPad, a $1,000 scholarship for further education or training, as well as a professional immersion day at the NAB head office and The Big Issue magazine.

Winners will be announced on December 4.