UNSW Engineering student Sam Mitchell is the Australian Geographic Society's 2017 Young Adventurer of the Year after his epic journey along the Canning Stock Route on a solar-powered bike. 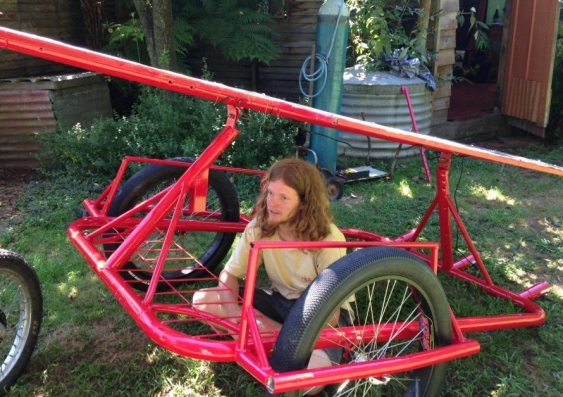 Sam Mitchell may have grown up in the small town of Orbost in Victoria but at just 22, he has already achieved big things.

In recognition of his epic journey, Sam has been named Australian Geographic's 2017 Young Adventurer of the Year. He received his award at a ceremony in Sydney on Wednesday night. 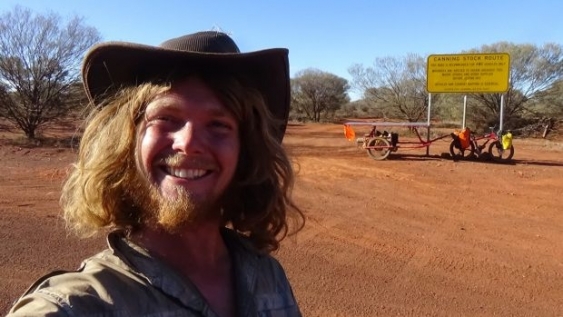 Sam, out on the Canning in Western Australia. Photo: Supplied.

Sam, who is in his fourth year of a Bachelor of Renewable Energy Engineering, towed a trailer he had made from old trampoline parts on which he mounted solar panels and a battery. The trailer held all the gear he needed for the 50-day expedition.

It wasn't his first extreme adventure. At 16, Sam built a solar-powered tricycle out of recycled junk from the tip. Two years later he put this invention to the ultimate test, riding it 18,000 km around Australia in eight months. Along the way, he also completed the 2015 World Solar Challenge.

Traversing the Canning posed new challenges, such as riding and sometimes hauling his bike and trailer up and down the many sand dunes along the route.

The longest historic stock route in the world, the Canning Stock Route runs from Halls Creek in the Kimberley region of Western Australia to Wiluna in the mid-west region. It was originally proposed as a way of breaking a monopoly that west Kimberley cattlemen had on the beef trade at the beginning of the 20th century.

It is now a popular but challenging four-wheel drive trek typically taking 10 to 20 days to complete.

Sam's journey took longer than he had expected, and the first two weeks were the hardest because that was when he realised how tough the trip would be.

He saw few people along the way, although four-wheel drivers would stop for a chat and to share water that Sam otherwise sourced from wells along the route.

Trying to catch a few rays on a cloudy day. Photo: Supplied.

But the rewards were rich. When he reached his journey's end, Sam's first thought was how amazing it was that he had made it. But when he looks back on his experience, the scenery, sounds and solitude of the desert remain powerful.

"Watching the desert become bright green after rain and watching the salt lakes fill up was amazing," he says.

The Australian Geographic Society Awards are Australia's longest running awards for adventure. Along with conservation awards added in the early 1990s, the AG Awards annually celebrate the best of Australian endeavour.

Watch Sam on his journey here.