UNSW grads the top choice for 30 most in-demand employers

Want to work for the most desirable companies in Australia? According to professional networking site LinkedIn, these companies hired UNSW graduates ahead of any other university. 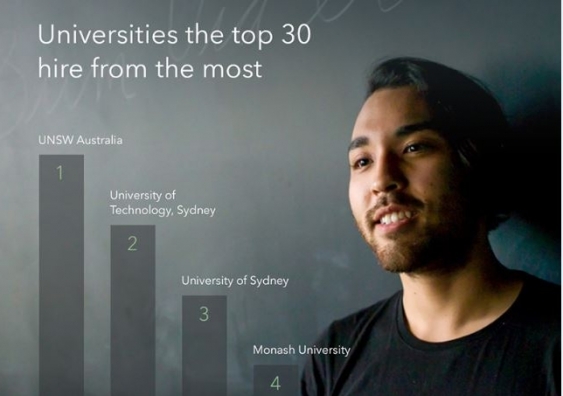 Want to work in the most desirable companies in Australia? According to professional networking site LinkedIn, these companies hired UNSW graduates ahead of any other university.

Linkedin has identified the 30 most in-demand employers in 2015 based on LinkedIn member awareness of a company and engagement with that company’s pages and employee profiles.

Other notable companies on the list included Deloitte, IBM, Virgin Australia and Hewlett-Packard as well as all the major banks.

Employment in the energy, banking and information technology sectors were the most sought after, followed by mining and aviation.

The top 30 companies hired UNSW graduates the most, followed by UTS, University of Sydney, Monash University and the University of Queensland, according to the LinkedIn analysis.

The annual ranking, which is in its third year, was based on a field of 12,000 respondents registered with the networking database in Australia.

More PhDs need to be channelled into industry

It’s hard to hate a unicorn, until it gores you

Charging $22,000 for a graduate position won’t solve the problem of law graduate oversupply