UNSW graduates among most employable in Australia

UNSW has been voted one of the top performing universities for graduate employability – ranking first in the state. 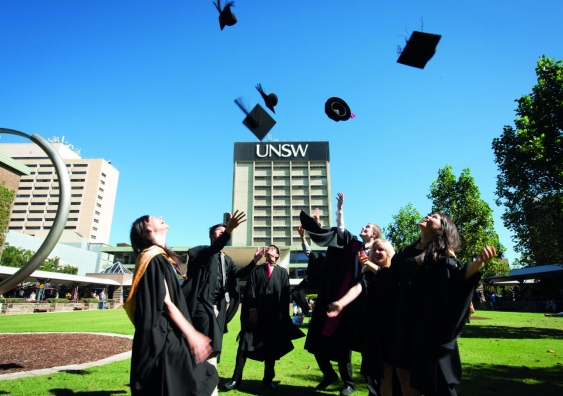 UNSW graduates enjoy an enviable reputation for employability, with the university at 28 in the QS World University Rankings: Graduate Employability listing.

UNSW has been voted one of the top performing universities for graduate employability – ranking first in the state.

Only four Australian universities made the top 100 in the Global Employability University Ranking – UNSW ranked third after ANU and Monash, with Melbourne ranking fourth.

The results were based on a survey of 4500 recruiters in 20 countries.

"This is a great reflection on the value of our degrees," said Vice-Chancellor Professor Hilmer. “The ranking is the latest in a growing list of national and international results that highlight the advantages of studying at UNSW.”

In 2013, another global analysis found that UNSW has produced more millionaire graduates than any other Australian university. The league table, compiled by WealthInsight and Spear’s magazine, listed UNSW as 33rd in the world in the number of millionaires among its alumni.

UNSW graduates enjoy among the top starting salaries and employment rates in Australia.

Find out more about studying at UNSW by coming to Info Day.

UNSW Info Day offers all the answers for prospective students

Engineering and business: A match made in heaven