An enterprising group of students has swapped the classroom for the Pacific to help find solutions to climate change challenges facing island communities. 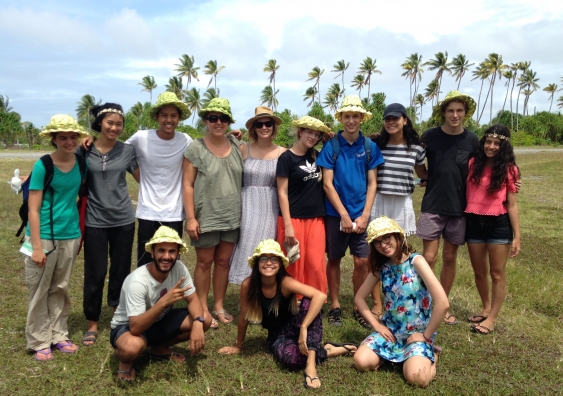 An enterprising group of students has swapped the classroom for the tiny, remote nation of Kiribati to help find solutions to climate change challenges facing island communities.

The UNSW ‘Island Innovation Lab’ brought together 12 students from a diverse range of disciplines including Architecture, Fine Arts, Commerce, Engineering, International Studies, Law and Medicine with support from the New Colombo Plan, a federal government initiative to strengthen ties with the Indo-Pacific by supporting study in the region.

“The aim was to enable students to experience first-hand the challenges facing the people of Kiribati and to consider innovative and multidisciplinary responses to these issues,” says project organiser Selena Griffith. 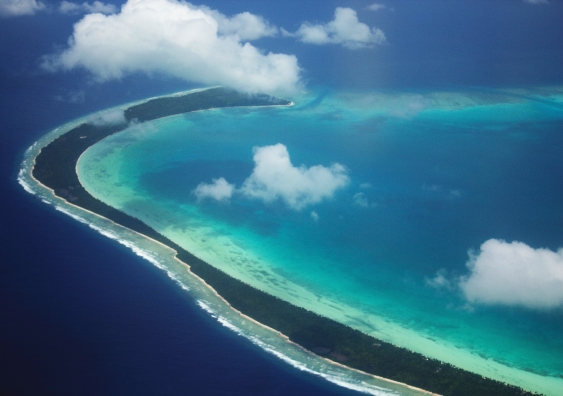 Kiribati from the air.

The students conducted discipline-specific research projects prior to the 10-day trip in areas such as food and water security, health, energy, the environment and social entrepreneurship.

Sarita Hales, who is studying a Bachelor of Arts with a double major in Asian Studies and Development Studies, says she was keen to take part in the lab "to learn about climate change and its impact on communities, particularly those already vulnerable due to poverty".

“I wanted go to Kiribati to see and hear first-hand about the social impacts, and apply what I’ve learned in development studies to consider ways in which communities can adapt,” she says. 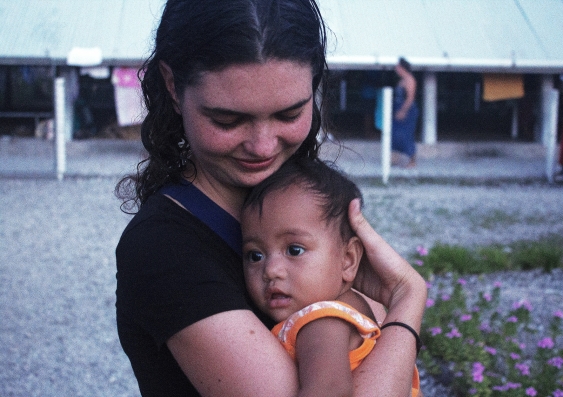 “Despite the fact that mental health is incredibly important, I feel that this is a concern that is not always voiced because it is not really ‘in our face’,” she says.

To reach the remote Pacific nation, the students first flew to Fiji, staying overnight in Nandi, and then to Tarawa, the capital of Kiribati. News of their visit made the local newspapers and radio station.

Acting High Commissioner to Kiribati Michael Hunt held a reception for the group at the Australian High Commission in Tarawa, attended by Kiribati Secretary for Foreign Affairs and Immigration Akka Rimon.

“The students were warmly encouraged to be not only Australian ambassadors in Kiribati but also to be ambassadors and advocates for Kiribati on their return to Australia,” says Griffith, who is a senior lecturer and Scientia Experience Director at UNSW Engineering.

Travelling to Kiribati's outer island communities of Butaritari, Bikati, Keibu and Makin involved a variety of transport modes including a twin-hull catamaran, small boats and a light plane.

“We were welcomed into villages like we were family, taught how to weave mats, collect and cook food like crabs and beach worms, as well as collect water from underground wells,” says Griffith. 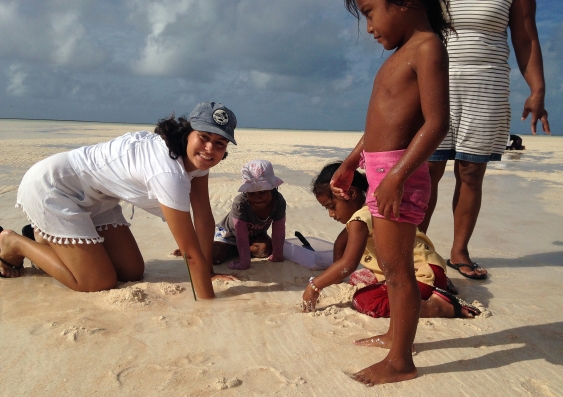 Hales says seeing the effects of climate change on the outer islands made the biggest impact.

“Looking at erosion caused by climate change, seeing crops of taro damaged due to salt water intrusion, and listening to the community talk about how the water in their wells will soon be undrinkable, changed the way I think about climate change.

“Climate change for me is no longer just another topic, it is a real issue impacting people I have met,” says Hales. 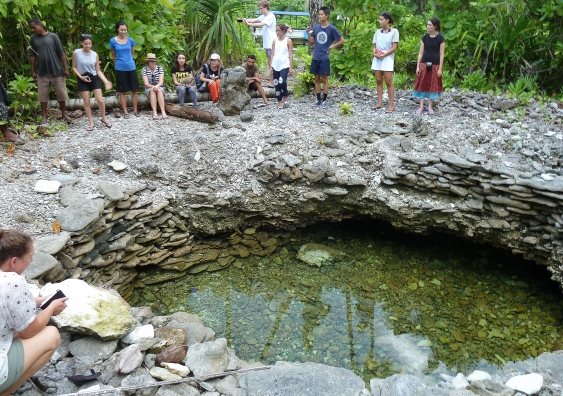 Groundwater is becoming brackish due to salt water intrusion.

Griffith says she saw the perspective of every student change through their experience.

“Being in the location and bearing witness is very different from reading a clinical, analytic report that someone else has written,” she says.

Medical student Erica Longhurst says she discovered that modern society has much to learn from the resilience of the people of Kiribati.

“I found that it is possible to live both happily and sustainably. It is possible to feel more connected with other people even when you are in one of the most isolated places on earth,” says Longhurst. 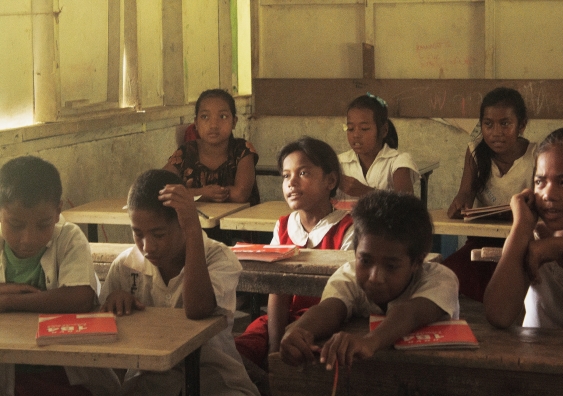 The students visited a local primary school in Kiribati.

Work with Kiribati under the Island Innovation Lab program will be ongoing, with the students currently developing strategies to co-design and deliver social enterprises to fund renewable energy projects, school supplies and domestic violence resources.

“I plan to partner with organisations in Australia who are already advocating on behalf of communities impacted by climate change. I want to tell the stories of the people I met in order to prevent further damage from occurring,” says Hales.

The students will share their experiences at an event at the Michael Crouch Innovation Centre, which they hope will open up opportunities for collaboration on their projects. Details will be posted on the Island Innovation Lab Facebook page.

A second group of UNSW students will take part in an ‘Island Innovation Lab’ in Palau in July, also under the New Colombo Plan program. The students have been invited to speak to Palau’s parliament. 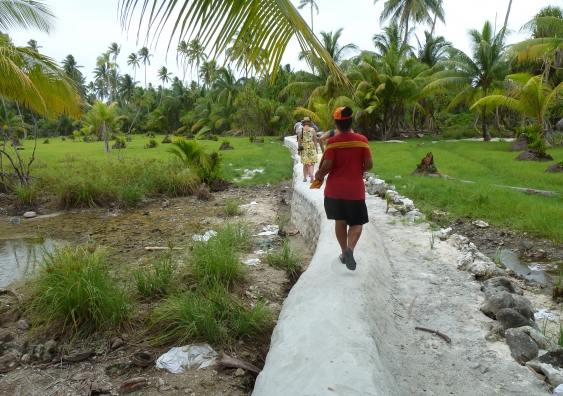