Gia-Yen Luong has been awarded a Rhodes Scholarship at Oxford, after being the first person in her family to go to university. 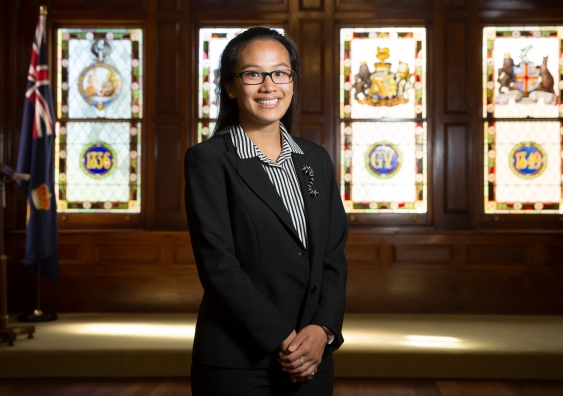 UNSW Law alumna Gia-Yen Luong is heading to Oxford University after being awarded a prestigious Rhodes Scholarship for 2019.

Luong completed a Bachelor of Laws/Bachelor of Science degree at UNSW in 2016, achieving a First-Class Honours for the LLB and a Distinction for the BSc majoring in neuroscience.

After graduating from UNSW, Luong changed trajectory from law to focus on becoming a teacher – completing a Master of Teaching (Secondary) at Deakin University and taking up a teaching position at Palmerston College in Darwin.

The Rhodes Scholarship is an international postgraduate award for students to study at Oxford, and dates back to 1903. A class of 95 scholars is selected each year from across the world, with up to nine of those places allocated to students from Australia (one for each state, plus three Australia-at-Large awards).

Luong, who grew up in Adelaide, received the South Australia award and was honoured by the Governor of South Australia, Hieu Van Le, AC, at a ceremony last week.

“When the announcement was made I was completely dumbfounded. It only started to feel real when I returned to Darwin and told my students. Their excitement and joy has been so contagious, and they've really helped me see the scope of this achievement,” Luong said.

“I was told by members of the selection panel that this opportunity will completely change my life - and it has already begun to do so.

“Attending Oxford University as a Rhodes Scholar will allow me to realise a dream that I have had, and my family has shared with me, for a long time. The challenges that it will bring will help me to develop the skills and characteristics I will need to create the long-term change that I envisage.”

At Oxford, Luong plans to read the MSc in Comparative and International Education with an ambition to become a school principal and ultimately a leader in education policy.

“My plan is to return to Australia and continue to be a teacher. I absolutely love teaching and I believe that it is my vehicle for creating social change,” she added.

“I will use what I learn at Oxford University to inform my practice and the change that I will create as a school leader later in my career.” 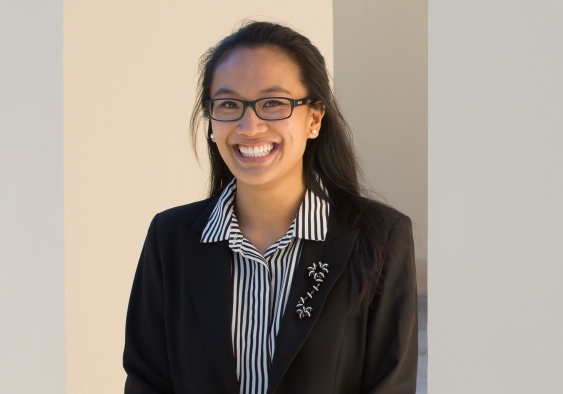 2019 Rhodes Scholar Gia-Yen Luong completed a Bachelor of Laws/Bachelor of Science degree at UNSW in 2016.

George Williams, Dean of Law at UNSW, said: “We at UNSW Law are immensely proud of Gia-Yen. This achievement recognises her stellar academic results as well as her being a future leader and important contributor to the community.

“This scholarship provides her with an extraordinary opportunity, which I have no doubt she will make the most of.

“We are delighted that our students are being recognised in this way and are using this scholarship to make a positive contribution to the world.”

Luong, whose family is from Vietnam, grew up in the Adelaide suburb of Rostrevor and attended Norwood Morialta High School before studying at UNSW as a Scientia Scholar. She was the first member of her family to attend university.

She was president of Creston College House Committee and the Service Society of UNSW and also led senior high school students from refugee backgrounds as Head Academic Coach for outreach initiative DREAM Australia.

The aim of the Rhodes Scholarship is to seek young women and men of outstanding intellect, character, leadership and commitment to service and support them to emerge as ‘leaders for the world’s future’.

A Rhodes Scholarship covers all university and college fees, a personal stipend and economy class airfare to Oxford and back to the student’s home country.