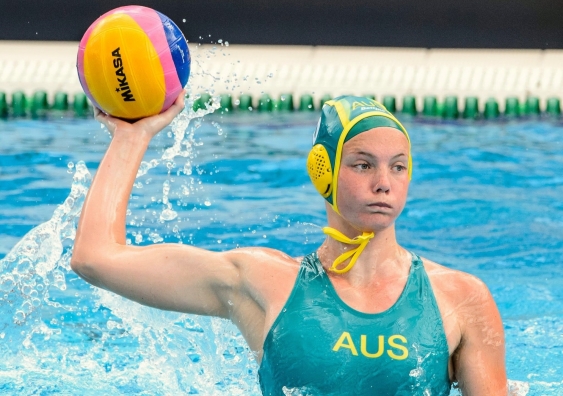 UNSW student Amy Ridge is set to star for Australia women’s water polo team in the World Cup next month – but admits her mind is already drifting towards the Olympic Games in 2020.

Ridge, who is studying Law and Arts, is part of the Elite Athlete Program via a Ben Lexcen Sports Scholarship which allows her to compete at the highest level of her sport while at university.

And that means she is getting excited about playing for the Aussie Stingers in the Tokyo Olympics, even though it is still two years away.

“We have the World Cup in Russia in September and then the World Championships in South Korea in 2019 and after that it’s the 2020 Olympic Games,” Ridge says.

“The Olympics is obviously a big goal. Sometimes I find myself thinking about it even now and getting excited, but then I have to reel myself in and realise there are so many steps along the way until then. It is getting close now, though, and the next two years will fly by.” 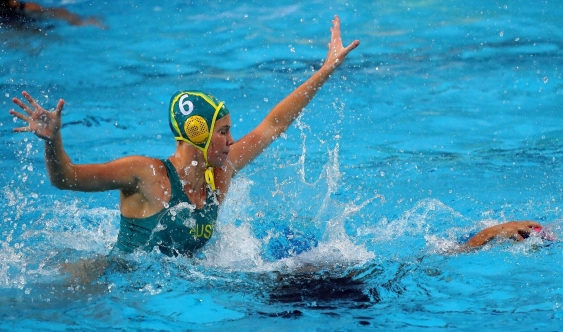 Ridge, who was previously a junior national swimmer, started playing water polo in Year 6 at St Catherine’s School in Sydney where she was coached by Andrew Yanitsas, the current UNSW men’s team manager.

After speaking with Helen Bryson, UNSW’s Elite Athlete Program manager, Ridge says it was easy to decide which university to choose – and is grateful for the opportunity to pursue her water polo career while doing her degree.

“In Australia we are pretty lucky that we can combine our study with elite water polo because in a lot of other countries that is just not possible,” she explains.

“The UNSW Elite Athlete Program has been so supportive of my sporting endeavours and Helen has done so much for me. Since 2015, when I started at uni, she has supported me but especially in the last two years when I have been competing with the senior national team and travelling abroad a lot.

“I have to balance the number of subjects I do each semester depending on how much I am going to be away. It can be quite difficult to juggle, but I've been pretty lucky that Helen has been able to help me – and the Law faculty especially have been really cooperative in letting me re-arrange things when necessary.

“When I am away I am trying to focus on the water polo without worrying about too much else, but if I have to study at the same time in those periods it can be difficult to balance. I just try to do a little bit every day to keep up with my uni work.

“I do a lot of my study when I'm sitting on planes. It's the only way I can really do it, by utilising that time. 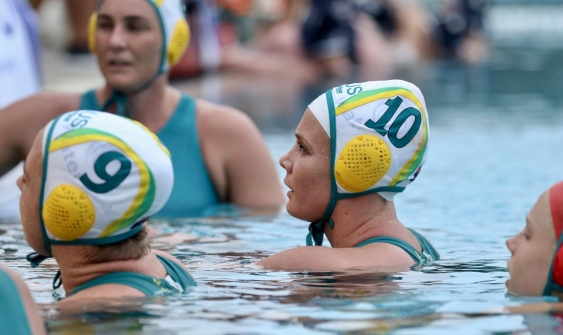 “It's a five year degree, but I went to the University of Michigan for a semester and played water polo there in 2016 and with other deferments due to sport I think it will take me about eight years to graduate,” she adds.

“In 2020 I will be concentrating on the Olympic Games, so from 26 December 2019 until the end of the Olympics in August, I won't be doing any studying. I am hoping to finish my degree by 2023, which seems a long way away right now.”

More immediately, Ridge is focusing on the women’s water polo World Cup in the central Russian city of Surgut, when the Aussie Stingers will face China, Russia and Spain in the group phase that starts on September 4.

Reigning world and Olympic champions USA, who play in the other group, undoubtedly remain the team to beat but Ridge believes Australia can challenge strongly for a medal.

“At the FINA World Championships in 2017 we came eighth, but I'd say it's really close between all the teams from 2nd to 10th in the rankings,” she says.

“USA are pretty much the best team at the moment, but behind them it's exciting because any team can beat any other.”