A journalism student explains what it’s like working in Australia’s largest newsroom to cover the federal election campaign for UniPollWatch. 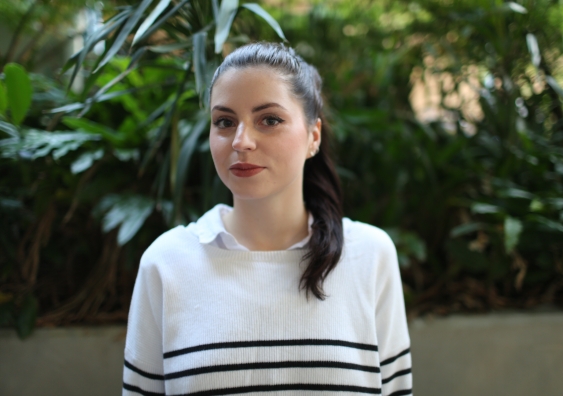 Victoria Ticha, a student of the Masters in Journalism and Communications program at UNSW, has been part of the world first project UniPollWatch. Picture: Blitz/Eden Gillespie

About 250 UNSW students have joined UniPollWatch, the biggest university student journalism project ever undertaken in Australia. This world first project aims to make politics accessible to readers and first-time voters, with hundreds of students from 28 universities covering the 2016 federal election.

Student coverage of the election differs from what we see on TV or read about in the news. Student journalists fill the holes left by mainstream media because they often report on the stories of lesser-known candidates and issues, and in doing so offer a unique and fresh perspective, as young Australians and in many cases as first-time voters.

As a student of the Masters in Journalism and Communications program, I have found UniPollWatch an extremely rewarding experience and one I wish to share with fellow novice journalists.

UniPollWatch started in 2014 when RMIT, Swinburne, Melbourne and LaTrobe universities cooperated to cover the Victorian state election. Today, it is published by the Journalism Education and Research Association of Australia.  Students report on every House of Representatives electorate as well as most of their candidates, policies and local issues. The project has also produced the first interactive electoral map that reveals the marginal status of each electorate. All stories are researched, written, edited and uploaded by students. The chief and state editors approve the site publications and are responsible for communicating with participants to ensure everyone remains on track.

The opportunity to join UniPollWatch came about in the first few weeks of semester. My tutor UNSW Senior Lecturer Christopher Kremmer, who is the UNSW Campus Editor and NSW State Co-Editor, encouraged us to consider a political stream for our first assessment so that if we decided to join UniPollWatch later, we could utilise the time and research we’d already invested. Chris was very encouraging and explained the process of publication in great detail. It really helped to have a tutor relating course work to real industry processes. It was satisfying to see our assessments result in something meaningful and useful to the general public, as well as building up our professional portfolios. 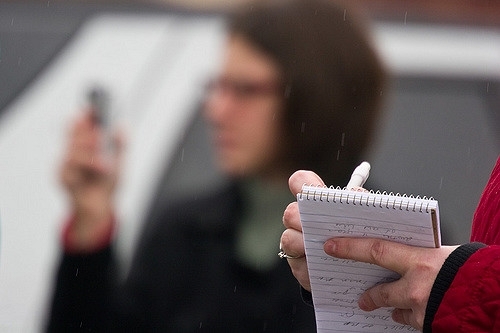 Throughout the semester, more publication opportunities arose after we received detailed feedback from assessments. My own reporting process involved many emails, phone calls, web searches and occasional “stalking”. As a journalist, you have to be confident in your abilities and clear about your intentions, especially when making those important calls and asking hard hitting questions.

While working on my story, I was fortunate enough to score an interview with the Greens candidate for Wentworth, Dejay Toborek. This experience highlighted the importance of practice. As media students, we often talk about the complex relationship between media, ethics and law and are constantly reminded of our “responsibility to the public”. But until you’re out there with the full weight of this responsibility to report truthfully and fairly, you cannot understand the full weight of it. But scoring interviews is difficult, especially for student journalists. So having industry connections is the most valuable tool.

As a student journalist living and writing in the 21st century, I have no doubt that the current mainstream media is in crisis. Wracked by public distrust and cowed by government surveillance, powerful corporations, advertising and public relations spin, there is no easy sailing when it comes to building a credible career in journalism. But it is exactly because of such a turbulent media landscape that good reporters and journalists have become not only necessary but critical.

For this reason, journalism schools should be relevant and useful, and should work for the public's interest by sharing student work with general audiences. In turn, this connection with the audience enriches the learning experience for the novice journalist and encourages them to work diligently in the hope of having their work published.

Not only has reporting on the federal election allowed me to hone my journalistic skills, it has resulted in one of my stories being published by The Guardian. Providing students with industry connections is the most rewarding and useful tool that can be gained from a journalism degree. Without the proper assistance, guidance and connections, it is almost impossible for students to have their work published by a mainstream media organisation.

Political tracts: the good, the bad and the badly written