As educators, we need to ask ourselves what we can deliver beyond the academic so our students graduate not just with professional qualifications, but with core life skills, writes Professor Wai Fong Chua. 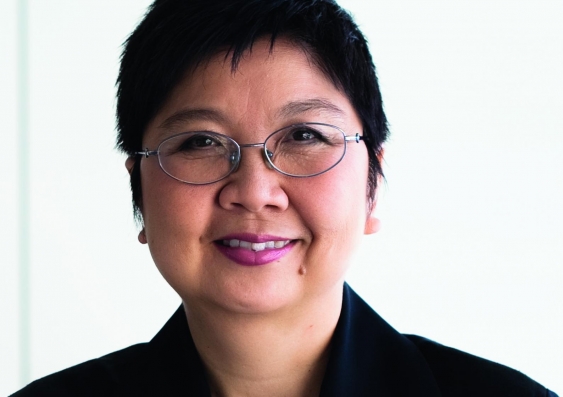 OPINION: Choosing a university shouldn’t just be about what you want to learn but about who you want to be.

Working out what degree you are aiming for, the areas of study that interests you and what career you are aspiring to enter might turn out to be the easy part.

Asking the bigger question of what kind of graduate you’d like to be, and framing your choice of university around it, is more difficult. Universities understand this challenge because we’re constantly seeking to fine tune what we call ‘the student experience’ to make sure that the particular ‘graduate attributes’ we’re seeking to foster will prepare our students for the realities of life.

As educators, we need to continually ask ourselves what we should be delivering beyond the academic. Ultimately, we want our students to graduate not just with solid professional qualifications or an understanding and appreciation of their chosen field of study, but with core life skills and qualities like emotional resilience, workplace savvy, the ability to lead a team or to collaborate within one and an international outlook in line with an increasingly globalised economy. We have put resilience at the head of this list for a good reason; from resilience much follows.

What Australian and international research is revealing is that university students make up and increasingly large proportion of 18-24 year-olds experiencing psychological distress due to depression, anxiety, relationship issues and alcohol or drug problems. And, when your mood is low, for whatever reason, nothing else seems to go as well. The link between psychological distress and poorer academic performance is well documented.

One issue that constantly arises is high expectations and the stresses of balancing the study required to achieve good academic results with the demands of student life, such as long hours in part-time jobs or challenges with housing. We know from our own student wellbeing surveys, for example, that if a student has to move house more than once a year, particularly in such a high cost, high demand housing market as Sydney’s, there is a consequent negative impact on their studies.

Other research, such as the University of Melbourne’s long-term nationwide study of Australia’s first-year university students, found only half of today’s students feel they belong on campus despite most studying full time, that over 60 per cent are working part-time and that the vast majority of working students (83%) feel their jobs interfere with their studies.

This might suggest a proliferation of on-campus counselling services is needed, but that’s not necessarily the case.

Cambridge University’s Professor Felicia Huppert has drawn on population studies to demonstrate that individuals reflect the characteristics of the particular population in which they live. She has shown that psychological wellness in any population exists in a bell curve, with the majority of people sitting in ‘moderate mental health’ between the extremes of ‘flourishing’ and mental disorder. So improving the capacity to deal with stress of the whole population will draw the entire group towards ‘flourishing’, leaving fewer individuals behind at the other extreme of mental distress or dysfunction.

That’s why a university-wide approach to resilience is important. At UNSW, we are currently piloting the integration of resilience building into the curriculum, with positive feedback. And through the Student Minds project we are also building a network of hundreds of student volunteers, in conjunction with the student counselling service. Volunteers are trained in Mental Health First Aid and work to engage proactively and positively with their peers through various student-led events. The network also doubles as a peer-to-peer safety net because we know that most young people initially seek help informally through friends, rather than through a counsellor or their GP.

Our long-term goal is to build an on campus culture that promotes wellbeing in conjunction with success. By embedding ‘psychological literacy’ into our programs we can produce graduates who know how to manage stress when it inevitably arises, who know how to recognise distress in themselves or their peers and who are able to take advantage of the so-called ‘upward spiral’ of achievement in which identifying and reaching a modest goal puts the next goal within easier reach.

Universities think long and hard about what they want to offer their students beyond the academic. How do we help them become who they want to be? For prospective students these holistic student-focused goals – and the strategies for achieving them – shouldn’t be an afterthought in selecting the university that feels right.

Student wellbeing doesn’t grab a lot of headlines, but defining and delivering well-rounded graduates equipped for the 21st century should be core business for any educator.