UNSW student Joany Badenhorst will be the first Australian woman to compete in para-snowboarding at the Sochi Winter Paralympics later this week. 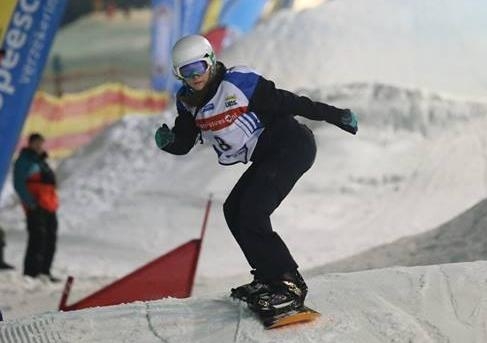 Architectural Computing student Joany Badenhorst will be the first Australian woman to compete in para-snowboarding at the Sochi Winter Paralympics later this week.

The 19-year-old has only been competitively snowboarding for two years, but is already ranked eighth in the world. Both Joany and snowboarding will be making their Paralympic debut on Friday.

Joany grew up in South Africa and lost her left leg in a farming accident when she was 10. She was first identified as a track and field athlete after moving to Griffith in 2009, but narrowly missed out on qualifying for the 2012 London Paralympic Games.

This wasn’t to be the end of Joany’s Paralympic journey, however, as she was soon approached by national coach Peter Higgins to transfer to the new snowboarding program ahead of this year’s Winter Games.

Joany will hit the slopes as part of a three-person team and says she is still surprised at her opportunity to compete in Sochi.

“Sochi was never really on the cards for me, so I’m flabbergasted that I can actually be here,” she told the Sydney Morning Herald.

“I think the opportunity to actually wear Australian colours and be proud of representing your country, I can’t describe to you what that means to me and that’s the highlight.”

After the Games, Joany will return to Sydney and begin the first year of her Bachelor of Architectural Computing.