Defence must weigh the complicated costs and benefits of acquiring jump jets, not just in terms of strategic value and capabilities, but additional acquisition and sustainment costs, writes Steven L Jones. 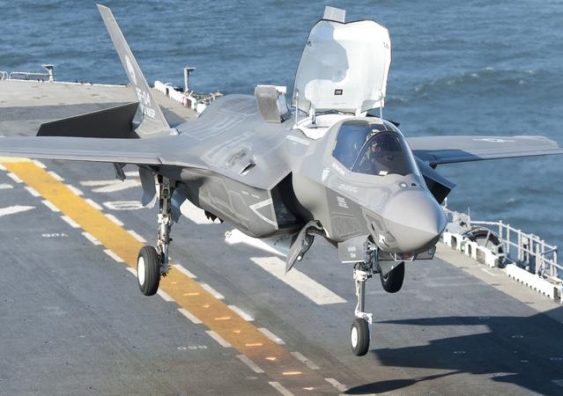 Were it to go ahead, the decision is much more than acquiring a slightly different version of the JSF aircraft. It would represent a major change in Australia’s power projection capabilities, force structure and the nation’s defence posture.

It would allow Australia to project force in a new way with the aircraft able to operate far from Australia’s shores on Australian or allied ships or forward bases. It would require a change in the ADF structure to be able to use and protect the new capabilities, and it would change the way Australia – and our neighbours – think we would use the new capabilities in pursuit of national interests.

But it would also be more expense on top of what is already a very expensive project, and represent a trade-off in capabilities.

The Abbott government recently committed A$12.4 billion for an extra 58 JSF to add to the 14 already ordered.

The task for Defence is to weigh the complicated costs and benefits of acquiring jump jets, not just in terms of strategic value and capabilities, but additional acquisition and sustainment costs.

There are three main variants of the F-35:

Some of the broad strategic issues involved involved with the F-35B proposal have been outlined by Bond University’s expert in international relations, Malcom Davis, in a couple of posts on the Australian Strategic Policy Institute’s blog.

But there a range of other issues which greatly complicate the issue and will need to be considered.

The F-35B STOVL variant has a reduced range and payload because the jump jet propulsion system takes up space that would otherwise be used for fuel.

All three F-35 variants have two internal weapons bays, each of which can carry two air-to-air missiles, or one air-to-air missile and one air-to-surface missile or bomb. It can also carry weapons on pylons under its wings, but this greatly reduces its stealth characteristics.

This would be a problem for Australia as the AGM-158 Joint Air-to-Surface Standoff Missile (JASSM), which reached Final Operational Capability (FOC) with the RAAF last week, weighs around 2,250lbs (1,020kg).

But new stand-off missiles, such as the Joint Strike Missile (JSM) Norway is developing for its F-35As weigh only around 900lbs (408kg).

Where to take off and land a jump jet?

Another issue requiring serious consideration is that the temperature and force of the STOVL propulsion system limits where the F-35B can take off and land.

The ADF would require additional resources to support the STOVL variant beyond that of the CTOL version.

[US] Navy construction specifications continue to warn that the F-35B will impose temperatures as high as 1700F (926C) (several hundred degrees higher than a Harrier exhaust) on vertical-landing pads, with a transonic exhaust velocity.

This is enough to cause standard concrete to “spall” – that is, shed surface flakes in a near-explosive manner – with a 50% chance of damage on the first landing.

In addition, Sweetman writes that the US Office of Naval Research had a program to:

[…] develop a cooling system for the decks of LHD- and LHA-class ships that will carry F-35Bs, reflecting concerns that thermal expansion and contraction and consequent buckling will cause fatigue and premature failure.

For the UK at least, these issues are still under consideration and yet to be finalised. Writing last week, Sweetman noted that:

[…] there are no plans for the F-35B to perform [vertical landings] in the UK, because the program staff has not finished testing the matting that is needed to protect the runway from exhaust heat.

These are just two of the myriad of issues the ADF will have to consider but they are indicative of the complexity of defence procurement decision making.

The danger is, that like the 2002 decision to acquire the F-35 and effectively cancel the competition, political imperatives will short-circuit a rigorous assessment process.

Rather than simply representing a simple purchase of additional capabilities, acquiring F-35Bs represents a trade-off in capabilities and certainly additional costs. Defence will be calculating an estimate of the extra costs in the coming months, and will depend on precisely what Defence wants to do with the aircraft and ships.

The key question is whether the balance of the capability trade-off offer is of strategic benefit to Australia, and whether this benefit is worth the additional financial costs.

Steven L. Jones is a PhD candidate at UNSW.