New 'lab-on-a-chip' devices could be made in seconds and at very low cost with a new manufacturing process developed by UNSW PhD candidate Ryan Pawell. 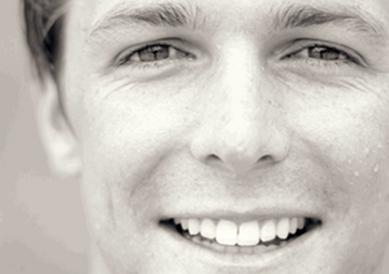 UNSW PhD candidate Ryan Pawell hopes a manufacturing technique he created will cut the cost of medical diagnostics to a few dollars per experiment or test.

Pawell's research includes a technique for making low-cost lab-on-a-chip devices out of plastic, a visual inspection system to ensure the quality and performance of each device made, and an imaging technique for examining how suspended objects like bubbles or cells flow within the devices at over 10,000 frames per second.

The chips contain an array of 40,000 posts that are one-tenth the thickness of human hair. The posts are arranged into channels to separate and route small amounts of fluid to different outlets on the chip.

The chips could be used, for example, to isolate red and white blood cells.

Pawell says there has been "quite a bit of interest" expressed in the manufacturing technique since it was first published in the journal Biomicrofluidics in September last year.

While it presently takes around 15 minutes to press a chip with the technique, Pawell believes the use of injection mould manufacturing could bring the time per device down to seconds rather than minutes.

He believes that volume manufacturing of microfluidic devices using his method could be less than five years away.

Pawell and other researchers from UNSW's School of Mechanical and Manufacturing Engineering are continuing to research microfluidic devices, publishing a new paper that has been accepted by the Chemical Engineering Science journal and a manuscript submitted to Lab on a Chip journal.

"Our latest research looks at what happens to objects when they're flying through these lab-on-a-chip devices," Pawell says."We've got software that tells you how fast an object would be flowing, how it changes shape and other variables."

Pawell says he became interested in medical device manufacturing after a rewarding internship with a maker of portable oxygen concentrators, which are used to treat a range of acute and chronic conditions such as pneumonia and emphysema.

The company received letters from patients whose lives had been changed by the devices "every day".

"One lady had a son who needed oxygen therapy and he couldn't go to school but had a little backpack that's shaped like the oxygen concentrator," he says.

The company received a photo of the boy walking around with his backpack, hanging out with his friends with a big grin on his face. "Getting those letters was very rewarding and set me on a path to spend my time doing things that might also have a broader impact." 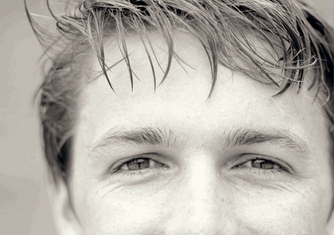