Australia's national underwater rugby squad, which includes eight players from UNSW, is about to take on the world's best at the Underwater Rugby World Championships. 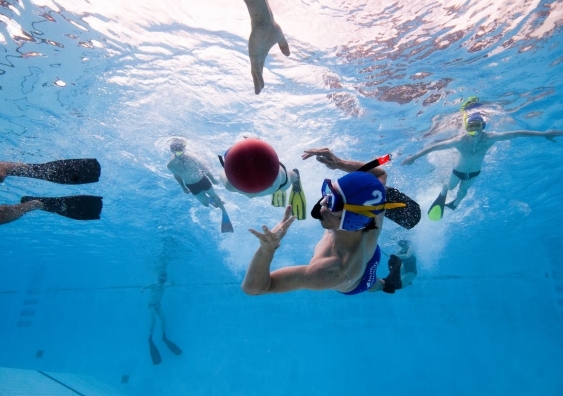 The underwater rugby ball is filled with saltwater causing it to sink slowly. Wilson Zhang

A 15-a-side contact sport with forwards and backs where outscoring your opponents wins you the game. Sounds familiar? Well not quite, because this sport is played while holding your breath. Welcome to the peculiar world of underwater rugby.

The players, including current and former UNSW students and UNSW research fellow Dr Celine Steinfeld, from the Centre for Ecosystem Science, have been selected for the 27-strong men’s and women’s national squads, following a series of rigorous training camps.

Played by 20 countries worldwide, the fast-paced team sport, invented in Germany in 1961, sees players jostle underwater to score a goal at the bottom of a five metre-deep pool. The sport is in the national spotlight with Australia gearing up to appear at the World Championships for the first time in July. 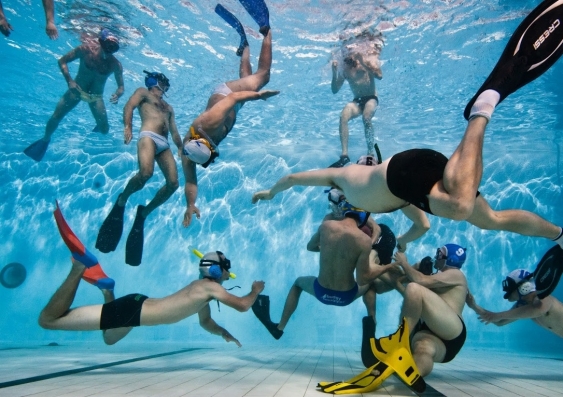 Australia is about to take on the world’s best in underwater rugby. Wilson Zhang.

Dr Steinfeld, who pioneered the sport in Australia, says the game is unique because it is the only three dimensional, anti-gravity contact sport.

Steinfeld brought the game to Australia after an international student exchange in 2004 saw her playing for a local Swedish team in Lulea, near the Arctic Circle.

“While people might initially only see the novelty factor, underwater rugby actually requires a high level of fitness, mental toughness and strategic thinking,” she says.

“You have to position yourself to take advantage of the 3D environment, you have to think about five moves ahead and you have to be mentally capable of relaxing so you can hold your breath for longer.”

Kicks, hits, strangling or playing above the surface can be punished by warnings, a free-throw or a two-minute penalty.

Steinfeld says with Australia’s passion for swimming and rugby, it’s no surprise that underwater rugby has spread rapidly. Australia is also leading the charge with the development of the sport throughout the Asia-Pacific region.

“A UNSW international student who was introduced to the sport in Australia has returned to establish a team in Singapore, and China is also about to adopt the sport,” says Steinfeld.

Australia will be competing against 12 countries at the World Championships with Norway, Germany and Colombia the favourites.

“The World Championships will provide an elite level of competition for Australian players and build capacity, skills and knowledge to continue building the league at home.”

To help fund the $60,000 needed to send the team to the championships, the Swim to Colombia campaign has been launched, where team members will swim 14,052km in the pool, the distance to Colombia. 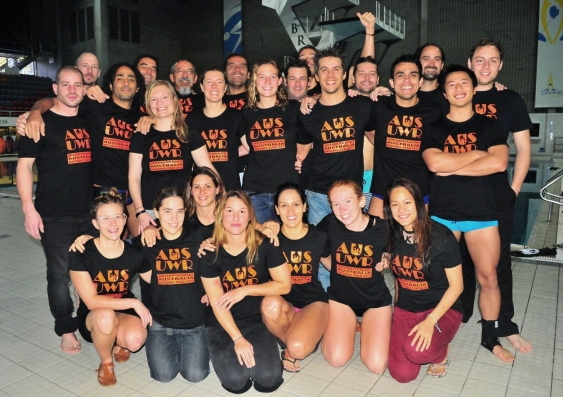