$10 million gift for Chair in Architecture at UNSW

UNSW’s Faculty of Built Environment has received a $10 million endowment from philanthropist Judith Neilson to help transform the lives of some of the world’s most vulnerable people. 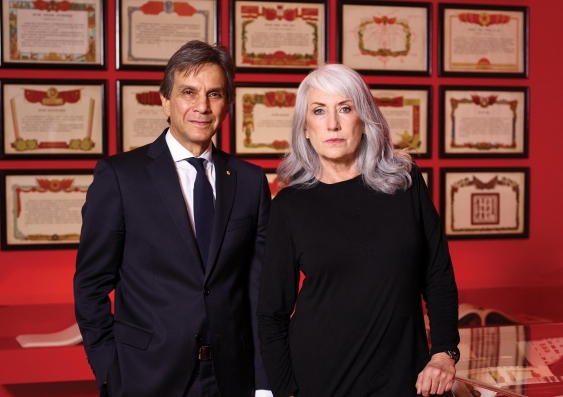 UNSW’s Faculty of Built Environment has received a $10 million endowment from philanthropist Judith Neilson to help transform the lives of some of the world’s most vulnerable people.

The Judith Neilson Chair in Architecture will take the lead in researching the design of affordable housing for the tens of millions of people displaced by natural disasters, geo-political conflicts, and economic and environmental factors.

Dean of UNSW Built Environment, Professor Alec Tzannes AM, described the endowment as an “extraordinary act of philanthropy”.

“I acknowledge Judith Neilson for her long-term vision and commitment to support the betterment of society through architecture.

“Her generous gift to UNSW represents a groundbreaking commitment of global significance for the research, teaching and public debate of architecture with the specific social purpose of improving the lives of displaced and disadvantaged people.

“UNSW Built Environment is honoured to be entrusted as the custodian of Judith’s vision to build new knowledge in architecture and to promote the education of future generations of architects,” Professor Tzannes said.

Ms Neilson – founder and director of Sydney’s White Rabbit Gallery, which is home to one of the world’s most significant collections of Chinese contemporary art – said she was motivated to make a major investment in research to investigate how architecture and design could be used as a powerful force for change.

“One of the most pressing issues of our time is the growing number of displaced people around the world whose communities have been ravaged by geo-political events and natural disasters,” she said.

“We have massive populations who move to temporary housing that they end up living in for years and that in no way meets their needs. Giving people whose lives have been shattered the opportunity to live in affordable dwellings that have been thoughtfully and sustainably designed with enduring materials can help improve their quality of life.”

According to the United Nations High Commissioner for Refugees, there are now more than 51 million displaced people worldwide, with the number predicted to rise. Ms Neilson said “through architecture and design we can, in some way, help restore the safety, diginity and hope of some of the world’s most vulnerable people”.

“Architecture is often the domain of the very privileged, but it’s much more than that. We’re talking about socially transformative design and bringing about policy change.”

Ms Neilson said UNSW’s research record in the Built Environment, along with the Dean’s vision of the power of research to transform lives, made the faculty a natural fit for her endowment.

“I feel very strongly about contributing to a greater culture of philanthropy in Australia.

“There’s a big element of luck in being wealthy – I believe people have a responsibility to give back,” she said.

Professor Tzannes said the Chair will position UNSW as a centre of excellence in Australia and internationally for architecture for a social purpose.

“The level of funding gives UNSW the opportunity to recruit at the highest levels and build a critical mass of scholars and students in a way not currently seen in Australia,” he said.

An international search will commence soon for a leading reseacher to take up the inaugural appointment. Ms Neilson’s gift will also fund an annual public lecture.

UNSW Chancellor Mr David Gonski AC said: "We thank and congratulate Judith on the leadership she has shown in making this gift. Her endowment will endure and the philanthropic example it represents from someone of her standing will reap in multiples."

Biography: Judith Neilson
Judith Neilson is the founder of the White Rabbit Collection, one of the world’s most significant collections of Chinese contemporary art. She also serves as director of the White Rabbit Gallery in Chippendale, Sydney.  Judith was born in Rhodesia (now Zimbabwe), and worked as a graphic designer until her marriage to funds manager Kerr Neilson, with whom she moved to Australia. Resuming her art studies in the late 1990s, she chose as her tutor the Chinese artist Wang Zhiyuan, who at the time was studying in Sydney. On a subsequent visit to China, Judith toured Beijing galleries and studios with Wang Zhiyuan and was captivated by the creative exuberance and technical skill of the art she saw. As a result, Judith decided to begin collecting Chinese contemporary art of the 21st century and to establish a gallery where she could share it with all Australians.  The White Rabbit Gallery opened in August 2009.