A building doesn't become 'iconic' just because it is big and wants to stand out; it has to resonate more broadly with the public, writes Peter Mould. 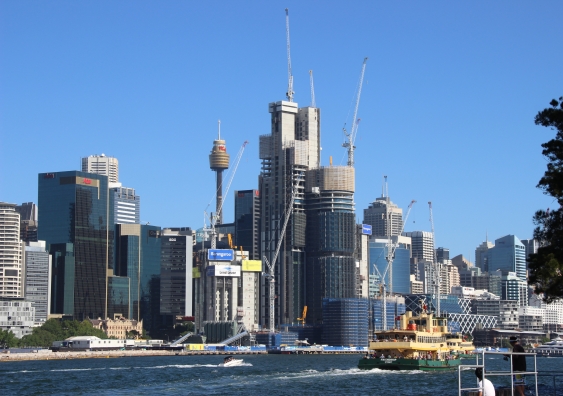 OPINION: There has been much debate about the "iconic" Crown Casino tower proposed for Barangaroo. What is an icon, and do we need another one, and if so can it be conjured up?

A building doesn't become iconic just because it is big and wants to stand out; it has to resonate more broadly with the public.

Our current icons, the Opera House and the Harbour Bridge, were not designed as icons, but were so excellent and so loved that they took on iconic status in the popular imagination and became recognised symbols of our city.

Last week there were public hearings into the assessment of the casino proposal before the state's Planning and Assessment Commission. Support came as expected from tourism organisations, business councils and developer lobby groups; opposition came from community organisations, private individuals and architects.

Many supporters argued for the need for the hotel and some for the casino to support tourism and jobs. Some argued for the need for a new icon, with comparisons made with Shanghai and Dubai, and that to attract Chinese visitors we need to be more like China. My experience is the reverse; that people travel to experience difference, not sameness. This brings us to a fundamental point: are we building our city to celebrate its unique qualities or are we trying to be like other new international cities?

But the debate about iconography is less troubling than other aspects of this proposal. The most fundamental is the inclusion of nearly 30 floors of apartments. None of the project's supporters addressed this issue. It is troubling that Crown can't make a 350-room hotel and casino financially viable without adding 30 floors of high-end apartments and then, even with bonus apartments, can't afford to build a basement within their own building footprint but instead spread it out under public parks and roads. If approved what sort of precedent would this set for planning in Sydney?

When the Sussex Penn Review looked at the "iconic" hotel in the harbour in 2011 they described its approval as "not good public policy" and said that any future review of its location should proceed "as if the rezoning had not occurred". No rationale has been given for this change of use, and the project is lodged for approval as a hotel and resort, not residential, development. The only possible explanation for this change is increased profits without any accrued public benefit. In fact there is considerable public disbenefit.

The building will be located on the previously approved harbourside park. The proposed relocated park will be overshadowed and further compromised by the placement of car parking below 40 per cent of its area.

The southern cove required by the original competition jury will be removed along with the introduction of any water deep into the site at its southern end. The previously articulated vision for the southern precinct was based on the urban design principle of a hard edge of buildings finishing as a wall at the northern end. This too will be lost.

The 36-metre high podium (equivalent to 12 residential storeys) will be as long as the Sydney Opera House podium and up to six times higher and continues the massive block model of Barangaroo South denying the potential for variety of urban form, laneways and more intimate spaces.

The height and placement of this building puts it within view of the Sydney Opera House, and will be seen to interrupt its unique profile from within the World Heritage Buffer Zone. This impact on such an important Sydney landmark has not been assessed.

In fact the assessment of this proposal is poor in many respects. Notably it gives preference to the applicant's responses over independent expert opinion, challenging the impartiality expected of a departmental report. It even argues that the adverse wind impacts from the building can be ameliorated by tree planting in the adjacent public parks and walkways. That means transferring the solution to the environmental impacts caused by the development from the private to the public realm.  It further argues that the legislative requirement for deep soil planting will be provided in the surrounding parkland, the very parkland that is denied deep soil  planting by placing car parking under it.

The hotel and casino can easily be accommodated within the building zones of the current concept plan. The same plan has generous allowances for residential accommodation. Are we therefore prepared to sacrifice public benefit for private profit so that Sydney gains an "icon" of questionable merit? I hope not.

Peter Mould is an adjunct professor at UNSW and a former NSW Government Architect.