It is almost impossible for purchasers to predict whether their new apartment will have building defects, a report into the apartment building industry has found. 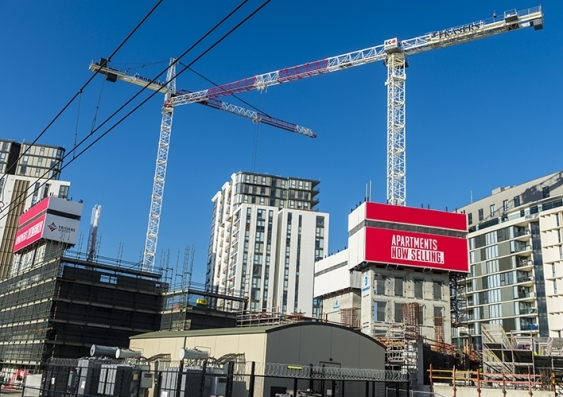 Wolli Creek is an area of Sydney where apartment building has boomed over the last decade. Photo: Shutterstock

Poor business culture, poor capacity to carry out construction work and poor regulatory oversight in parts of the building industry have made buying an apartment a lottery for many purchasers in Sydney, a report published by UNSW Sydney and the University of Technology Sydney (UTS) has found.

In a systematic review of strata schemes registered over a 10-year period, researchers from UNSW’s City Futures Research Centre and UTS found that defects are commonplace and often poorly documented.

The researchers analysed a random sample of half of all strata schemes completed in the Sydney, Parramatta and Canterbury-Bankstown Local Government Areas (LGAs) between 2008 and 2017.

The most common defects documented were water issues, conservatively estimated to be present in 42 per cent of those schemes with more robust data.

These findings align with estimates released earlier this week by the NSW Building Commissioner, based on a survey of strata managers, that 4 in 10 buildings have “some form of major defects”.

Lead author of the report Dr Laura Crommelin, who is a planning law expert with UNSW’s School of Built Environment, says that while there have been steps in the right direction towards greater transparency for consumers, much more needs to be done so that purchasers can make informed decisions about what they are buying.

“Over the past 20 years there hasn't been a thorough process of collecting information about the quality of buildings, and documenting issues with buildings,” she says.

“So it's currently almost impossible for a regular consumer to do proper research about what they're buying – and this is in a system based on the idea of ‘buyer beware’.”

She says it was hard enough for a team of expert researchers – who knew where to look and what to look for – to find out which projects had defects and, if so, what type.

“The drive to construct more buildings more quickly has been a huge part of the urban planning orthodoxy for the past 20 years, not just in Sydney, but in all cities where higher density development rather than ongoing urban sprawl is seen as a way of dealing with population growth,” Dr Crommelin says.

“But with the pressures for speed and reduced costs, and the trend towards deregulation, high quality oversight and documentation can be among the first things to fall by the wayside.”

To make matters worse, when information is available it is not as accessible to buyers as it is to sellers – a situation the researchers call ‘information asymmetry’.

“In the apartment market you have a very significant power imbalance between the vendors – in this case developers – and the buyers, who are essentially a fragmented group of individual purchasers.

“When you look at other types of high rise, like a big commercial building, you don't see the same endemic problems with defects because the clients are powerful – usually big companies – so they can look after their own interests and are often involved in the design and delivery of the building.

“They're not coordinated, so there's a lot more room for them to either be taken advantage of, or to make decisions that aren’t in their best interests.”

The problem is not simply that there are defects, but also that it is so difficult for prospective apartment buyers to know about defects ahead of purchasing, or to have them rectified once discovered.

“Even good developers have some defects,” Dr Crommelin says. “But it's about what they do after their discovery. The good developers will come back, they'll fix the problems, they want to make sure that their clients are happy because they care about their reputation.

“The real concern is the ones who do everything they can to avoid coming back to fix problems.”

After the Opal Tower fiasco in late 2018 and the Mascot Towers evacuation in June 2019, the NSW state government created the Office of the Building Commissioner to reform the building and construction industry, a move that the report authors applaud. These reforms are now working their way through the industry.

However, cultural change takes time and after more than three decades of deregulation, Dr Crommelin says government needs to play a strong ongoing role in ensuring industry transparency and accountability, so that consumers’ personal and financial safety is protected.

“When you have the kind of market dynamic where the vendors have all the information, you need strong oversight to make sure that power balance doesn't warp the way the market operates.

“You need government to step in and play that role on behalf of consumers because they can't play it by themselves.”

Some of the recommendations the report makes to protect consumers include:

“It’s been great to see renewed regulatory activity in NSW in recent years, but there’s still a way to go. We hope the report recommendations will help to keep us moving in the right direction, so that apartment living can feel safer and less stressful in the future.” Dr Crommelin says.

Dealing with defects in your apartment? Use the researchers’ free how-to guide for purchasers and owners on how to tackle defects in strata schemes.