The link between the life simulation game and architecture is closer than you might think. 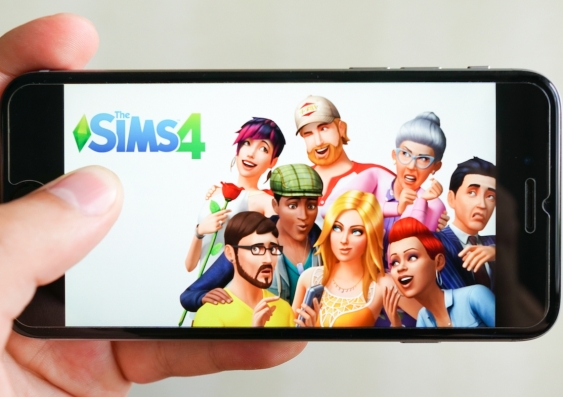 The Sims is introducing players to the practice of architecture. Photo: Jimmy Tudeschi / Shutterstock.com

For 20 years, The Sims video games series has been giving gamers the power to create and control people. But ask anyone who has ever played, and they'll tell you it's as much about controlling life, as it is becoming an amateur architect, designing everything from buildings to cities to tiny houses.

UNSW Built Environment's Dr Russell Lowe says while playing The Sims won't give you architectural qualifications, relating it to real-world practice isn't as much of a stretch as you would imagine.

The architect and computational designer, who researches the application of gaming technologies in architecture, says that world-building games are an example of the rise of productive leisure activities – hobbies we do in our spare time, that simultaneously yield tangible benefits. The Sims is one such example, according to Dr Lowe, introducing players to the practice of architecture and even lending itself to the development of architectural skills.

“Building architecture in a computer game as training for your architecture studies, this is a classic productive leisure activity. Any world-building games where you get in there, and you collaborate with other people, and build environments; you're just honing those skills.

“If you pay attention and are fully engaged with the spatial experiences, you can learn something out of it, and you would be a better designer because of it.”

Dr Lowe says while it is no replacement for formal architecture training, world-building games, in particularly 'sandbox' games, introduce players to the basics of design -thinking and decision-making, for example, the need to balance aesthetics with performance while working in a team.

“When you play a game like Minecraft or The Sims, you're constantly moving the camera around to get different perspectives on the design,” he says. “It helps the player learn to think about design. If you're playing something like Minecraft, you actually take it down to the brick, and you can design some spectacular [in-game] architecture.” 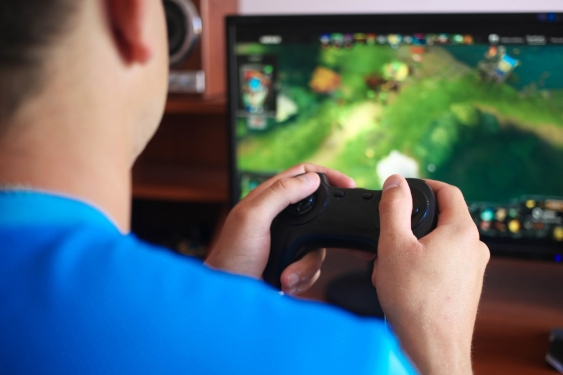 He says the significant growth in the world-building genre over the past 20 years is helping a new generation to get into architecture in a way that was previously not possible.

“People talk about digital natives, but there are computer game natives as well – people who feel at home in that world and feel quite empowered in virtual environments to build things and to customise things.

“They want to take more control over their environment, and in a virtual world, you give people the licence to build. I think we see it in our students – the drive to change your environment … those are the people we want to see.”

The new game of architecture

For many people with a particular aptitude for these games, it could be a gateway to pursuing a career in architecture and related fields. While many gamers do transition into architecture, there could be many more still to come. He says a generation of video game-raised architects is on the way, and that is only a good thing.

“There's probably a lot of people out there that are working that don't like their job, then they go home and play games all evening and – and they don't put two and two together, that they should actually drop the job and go pursue [architecture].

“There are so many more opportunities now. Before, it used to be that you might only be able to get into something like theatre design if you were interested in the experience of architecture more than you were making budget.”

He says as life becomes increasingly like a big video game, the architecture industry dedicates itself more to understanding the applications of such technologies.

“The industry can really benefit out of it for things like virtual tools to help sell the architecture before the architecture is built, which has always been a massive challenge,” he says.

Dr Lowe predicts that video games will continue to have a transformative effect on the architecture industry and that graduates will be leading the way. 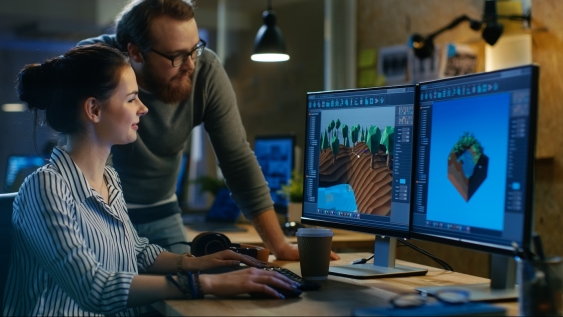 “It's just as real as this real world that we're in now,” he says. “It is the university driving the adoption of new technologies by introducing them to the students, and then they go out into the world with those skills and our graduates then pull the industry forward.

“Computer scientists, software engineers, people creating VR experiences, they need an architect for the spatial experience. And it might not be typical architecture either with buildings, with walls and floors and ceilings, but could be much more than that.”

“There are even people out there that are being paid to build things [in games], so they're virtual architects, and more and more of our graduates will go into designing the worlds within computer games.

“The whole sort of separation between play and productivity is collapsing, and what a happy place the world would be if we were all gaming.”