Building a second Sydney airport will be a demanding engineering project. But the real challenge will be one of governance, writes Robert Freestone. 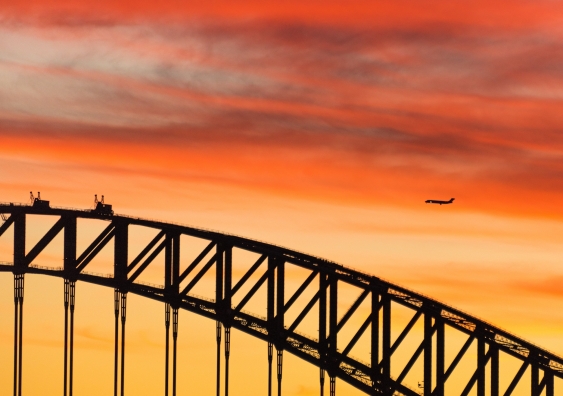 OPINION: While Melburnians sombrely reflect on the risks of intensive commercial development near airport runways, Sydneysiders are enthusiastically scoping the development spin-offs that will come with their new airport in the city’s west.

Critical uncertainties still cloud this prospect. Will Sydney Airport Group take up its extraordinary “first right of refusal” option? The enticing early prospect of securing a virtual monopoly on Sydney’s airspace is now clouded by the reality of huge upfront development costs before any planes land or take off for the first time in the mid-2020s.

If Sydney Airport Group pulls out, what happens next? Will the opportunity be opened up to other development companies? Or will the government commit more public money to doing the job itself and then on-selling the airport to the private sector?

The federal government presents its case for the Western Sydney airport development.

Will there be rail access from day one, as seems utterly critical to its early success? If so, which option will be preferred – a very fast train or an ambling suburban service? This is the subject of a major transport study with a further dilemma looming: who will build and pay for it?

What type of airport will it be? Current thinking is to have it quickly assume the scale of the current Gold Coast or Adelaide airports with 6-7 million passengers per year.

But who will fly here? Will it be a hub airport for a major airline/s? Will it have direct international services? Will it specialise in freight services?

A great many considerations affect the “business case” for the new airport.

Even larger questions relate to co-ordinated land use development around the airport. This is recognised as important, with the New South Wales government delineating an extensive “priority growth area”. The Greater Sydney Commission chaired by Lucy Turnbull envisages a whole new western urban complex around the airport – the so-called “third city” after Eastern Sydney and Parramatta.

The organising device for making sense of this so far is the “aerotropolis”. This is a model for orderly airport-centric large-scale metropolitan development. It’s exemplified by Dallas Fort Worth, Singapore and Hong Kong. The core is a bustling airport city at the epicentre of road and rail networks knitting together a bustling job-rich region.

The case for the ‘aerotropolis’, from the aviation industry’s perspective.

Through other lenses, this aviation-dependent urban form is variously a greenhouse horror story and noise machine. The concentration of critical infrastructure is seen as creating a possible security nightmare. There is now a well-organised global anti-aerotropolis network highlighting the environmental and ecological downsides of aviation mega-projects.

The guileless boosterism attached to many schemes makes them a sitting duck for devastating critiques by the likes of British critic Will Self. He has taken apart their conventional first world premises as “slumbering on the redeye flight to apocalypse”.

The naysayers and the true believers

All such heretical thoughts were scripted out of a recent industry summit on the Western Sydney Aerotropolis. The registration cost could have paid for a few days’ comparative fieldwork at Dubai Aviation City or Incheon/Songdo in South Korea.

Chairman David Borger, of the Western Sydney Business Chamber, smoothly chaired two days’ worth of proceedings that were generally dismissive of naysayers finding different and ineffectual ways of saying no – no airport, no curfew, no jobs.

This was a room of largely true believers, starting with the federal infrastructure minister, Paul Fletcher, and NSW’s minister for Western Sydney, Stewart Ayers. All were upbeat spruikers for the cause.

Yet despite the palpable goodwill – and there’s no doubt Sydney has the chance to pull off something world-leading – many questions again surfaced about how this area might best be planned and governed.

How massive a jobs generator will the airport be? How vulnerable is a sustainable economic strategy for Western Sydney based around an airport that will have to go head-to-head with the established and profitable Kingsford-Smith Airport?

On a trip to Sydney in 2015, Professor John Kasarda, who has almost trademarked the “aerotropolis” label, made the disruptive suggestion that Kingsford-Smith might best be closed. The old airport could then be transformed into a lucrative urban renewal site to ensure the success of the new airport.

Sub-regional governance is the major concern: how best to orchestrate infrastructure, timing, type and location of development within special stakeholder-friendly administrative arrangements.

Dealing with developers large and small, private and institutional, looms as a major challenge. The aerotropolis promotes land dreams because it offers something for everyone – business parks, retail centres, residential estates, innovation districts, medical complexes and university campuses. Advanced planning for a science park at Luddenham is the bellwether.

The aerotropolis notion works best as a reminder of the need for integrated regional planning. What is lacking is a human-scaled approach that values liveability alongside productivity.

These issues surfaced at the summit and require more attention. How do we promote a healthful metropolis on the back of an airport? The rival paradigm of “airport urbanism” has some utility in stressing small-scale community gains.

So, there are many questions about how this will pan out. Spatial planning needs to be advanced to develop a clearer vision for the airport. That now should be linked to an implementation model for the wider region that co-ordinates all the public and private players jockeying for a piece of the action.

As Borger stressed at the summit’s end: so many issues keep coming back to the importance of getting the governance right. Constructing the airport alone will be a demanding engineering project. But the real challenge will be choreographing the mix of old and new city that will surround it.

Sculpture by the Sea: UNSW alumni and students featured in outdoor art display

Higher density and diversity: apartments are Australia at its most multicultural