Technological innovations present massive opportunities for the construction industry if we shift our economy and skills-base to take advantage of them, writes Martin Loosemoore. 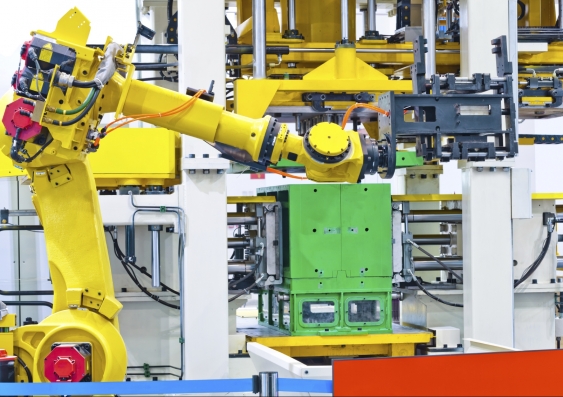 OPINION: Supported by the Federal Government’s recent National Innovation and Science Agenda, the construction sector and country can now count on support to address some important drivers of innovation.

These include culture and capital; collaboration; talent and skills; and Government as exemplar, to name a few.

As last month’s CSRIO report, Tomorrow’s Digitally Enabled Workforce, points out, future innovations bring massive opportunities for industries like construction if we can shift our economy and skills-base to take advantage of them. The report identifies several mega trends which will shape the future of work, including an explosion in connectivity, data volumes and computing speeds, rapid advances in automated systems and artificial intelligence and robotics.

For example, at the recent Mobile World Congress in Barcelona, Mark Zuckerberg spoke about his investments in virtual reality with the prediction that in the not to distant future, people will not be taking two-dimensional images on their phones but using VR to give their friends and family a full immersive experience, which they can control as if they were there in person.

Beyond that, 360-degree video viewing has been available on YouTube and Facebook for over a year and VR headsets are very inexpensive to buy. New mobiles will soon have 360 cameras which will allow people to share experiences on a social platform. Indeed, Samsung has already unveiled its new 360 camera and is giving away new VR headsets with all new orders. It doesn’t take a lot of imagination to see how this type of technology could impact on the construction industry.

The future is going to be very different, and we need to start preparing ourselves now for what the future might bring. The government is busy signing free trade deals with our major trading partners. We already have FTAs with ASEAN, New Zealand, Chile, the US, Japan, Korea, Malaysia, Singapore and China, and the government is negotiating new agreements with India, the Gulf countries and Indonesia.

Globally, trade boundaries are dropping at an ever-increasing speed and while we were once a domestic industry, construction is becoming increasingly globalised. If we are going to compete in the global construction economy we need to start asking some big questions:

How will new technologies affect the Australian construction industry? How can we use these technologies to improve our efficiency and competitiveness? What will be required?

We need to be investing now in the new technologies and industries of the future, rather than waiting for the future to happen to us. This will require entrepreneurship, new knowledge and skills and new industries. This is why we have a responsibility to engage with the government’s new National Innovation and Science Agenda.

It’s encouraging that Malcolm Turnbull’s government is focusing all our minds on innovation as a critical driver of Australia’s future competitiveness and prosperity. As the late sociologist Everett Rogers noted in his formative book on the diffusion of innovations – ‘innovativeness, like efficiency, is a characteristic that we want every organisation to possess.’

However, in our race to improve efficiency, it’s important we take the whole of Australian society with us. Through the process of creative destruction, innovation always creates winners and losers and CEDA has warned that 40 per cent of Australia’s workforce faces a high chance of redundancy through such technologies in the next 10 to 15 years.

And if you really want to be depressed, then I suggest you read Sir Martin Rees’ book, Our Final Century, which argues that many new technologies represent an existential threat to humanity and that the 21st century is likely be a critical moment in human history when our fate is decided. Sir Martin gives us about a 50 per cent chance of surviving the next 100 years and imbedded in his message is one important lesson for us all – if the human race is prosper into the future, it’s critical that we all share in the prosperity that new technological advances will bring. Fairness and equity of advantage is the basis of a prosperous country, as well as business competitiveness.