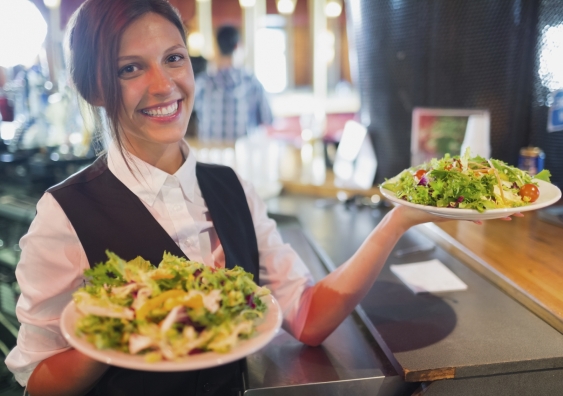 OPINION: Watch any tourism or branding campaign for an Australian city, and chances are you’ll see plenty of appealing imagery of amenities in and around the CBD – be it restaurants, nightclubs, parks or galleries. It is a common mantra in urban planning that good “amenity” is valuable to the economy both in its own right, particularly to attract tourism, and for attracting a productive workforce that boosts the economy more generally.

But in a recent research project, we found that hospitality businesses – including restaurants, bars and hotels – are facing some headwinds in our CBDs. These stem from what economists call a thin labour market. This roughly boils down to businesses struggling to find good workers.

In a series of interviews in Sydney, we found instances of employers experiencing problems with recruitment, reliability and retention of lower-paid workers in particular. These all have the potential to undermine the viability of the CBD hospitality sector.

Why hospitality is vulnerable

From our analysis of census data, the CBD hospitality sector is typically the biggest employer of lower-paid CBD workers – it represents around one-in-five such workers. And it is the CBD sector most dependent on lower-paid workers. Around two-thirds of hospitality workers in the CBD are in the lower pay range.

Lower-income CBD workers must put up with either housing compromises or a long commute.AAP/Joel Carrett

Interviews suggested other CBD industries don’t seem to be as affected. This is partly because many of the lower-paid workers in those industries are in entry-level positions. They are making these compromises for future career and income prospects.

Most industries that employ large numbers of lower-paid workers – like retail or manufacturing – also tend to be more distributed across the metro area, closer to where workers live. This doesn’t help CBD hospitality, though. It’s tethered to the galleries and convention centres in the CBD that attract the visitors.

To be sure, these problems were not a universal experience among hospitality businesses. There were often other mitigating factors, which ensured they could attract good workers.

CBDs are usually the hub for public transport systems, which helps overcome much of the additional distance people travel. And, somewhat ironically, many lower-paid workers like working in the CBD because it offers such good amenities and lifestyle.

In some instances, hospitality jobs also seemed to be a good fit with available sources of lower-paid workers. Seasonal jobs and evening jobs attracted international workers and university students, who brought skills and experience that hospitality jobs might not usually attract.

The sky is not falling in. However, businesses and industry groups we spoke with were increasingly aware of the challenging housing circumstances many of their workers faced.

It’s important to recognise that high housing costs aren’t just making life difficult for lower-income households, but can have broader economic impacts too. There is also a concern that this represents a thin end of the wedge – as housing affordability around the CBD deteriorates further, there’s every possibility it will leave other CBD industries seeing their lower-income labour market thinning out.

Ryan Van den Nouwelant is a Senior Research Officer and Laura Crommelin is a Research Associate at the City Futures Research Centre, UNSW.

Melbourne shows up Sydney in funding the most disadvantaged suburbs