The protests of 2022 are not new in the political landscape of Iran, and novels can help us place them in a larger historical context. 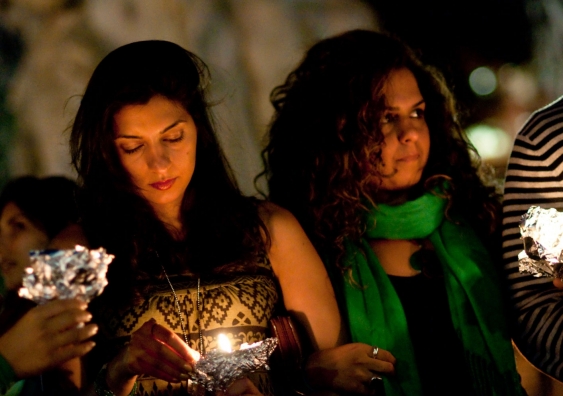 Iran's latest protests may seem unexpected for some, but they belong to a long history of revolutions and uprisings. Photo: Shutterstock.

You might have been part of the worldwide outpouring of support for the protests happening in Iran right now. The images of protests sparked by the death in custody of Mahsa (Jina) Amini, arrested for wearing her veil loosely, are striking and possibly unexpected for some.

However, there is a long history of political movements in Iran, and throughout this history, literary creations and politics have influenced each other. As a researcher on modern Persian literature and culture, I am hoping to give you pointers to some novels to better understand the broader context of the recent upheavals. As well as reading pleasure, they might help you make sense of the current events.

From the early 20th century to the 1979 revolution

Iran’s first major revolution in the 20th century was the Iranian constitutional revolution (1905-1911). It was an important political and intellectual movement that shaped the country for the century to come. Gholam Hossein Saedi’s The Cannon is a novel focused on the events of that period. It follows the clever and manipulative Mullah Mir Hashem navigating his way through the different groups involved in the tensions.

The Pahlavi monarchy was established in 1921 and survived the WWII era, which was a turbulent time in Iran. This period is explored in detail through the eyes of Zari, in Simin Daneshvar’s Savushun. Zari is holding her family together in British-occupied Shiraz, while her husband Yusof gets entangled in political conflicts and eventually dies. The novel provides a wonderful portrayal of the inner life of Zari, as well as a sophisticated narration of this complex period of Iranian history.

In 1953, a nationalist movement led by Prime Minister Mohammad Mossadegh was ousted by a CIA and MI6-backed coup. The 1950s nationalisation movement is discussed in a novel by Ahmad Mahmoud The Neighbors and also Parisa Reza’s epic The Gardens of Consolation. Mahmoud’s novel focuses on working-class characters in the south of Iran, fighting to improve their conditions with oil nationalisation as a background. Reza’s novel, written in French, starts in the 1920s with a family of shepherds who moves to Tehran. Their brilliant son, Bahram, rises through education and joins the political struggles of the 1950s. It is a vivid story that captures both Iran’s rural and urban life. 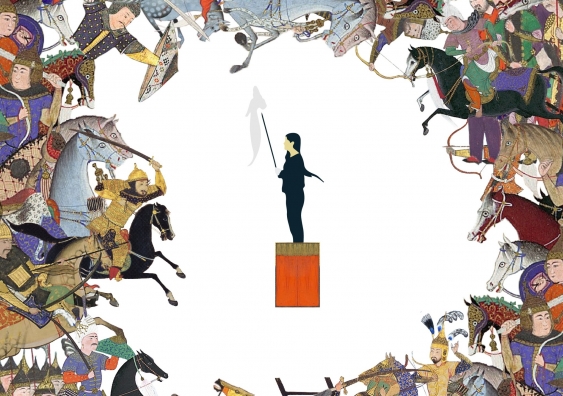 This viral image is inspired by the long tradition of miniature painting in Iran. The woman in the middle represents The Girl of revolution Street, who took off her hijab during the protest movements of 2017 Image: Twitter.

The 1979 revolution and the protests since

In the mid-1970s, unrest turned into a revolution and eventually ended the monarchy in 1979. It was later termed the ‘Islamic revolution’, as the Islamic party led by Ayatollah Khomeini took hold.

The 1979 revolution is a sensitive topic for the Islamic Republic. The Book of Fate by Parinoush Saniee was banned for some time in Iran, and became a best-seller when the ban was lifted. It follows the life of a woman throughout the revolution and after. Massoumeh’s story starts as a young naïve girl, married by force to a political dissident. We see her develop into a strong woman, fighting to get an education, work and raise her children.

Due to censorship, a lot of the works covering the revolution are published outside of Iran, by the large diaspora residing in northern America, Europe and Australia. A best-seller on the revolution is the comic Persepolis: The Story of an Iranian Childhood, which has been adapted into an animated film by Marjane Satrapi. If you haven’t read it or seen it, you should. It describes well the upheaval of 1979, the following war with Iraq and the journey of a young girl’s exile. Told from the viewpoint of Marji, the heroine, it will make you laugh and cry. It is a very personal, sharp and witty comic.

Since the revolution, there have been the 1999 student movement and the 2009 Green movement. The Green movement is discussed in books published from the diaspora – because they would not pass censorship within Iran: Ehsaneh Sadr’s A Door Between Us is a noteworthy example. It follows the story of two families set to be united through an arranged marriage, but as the 2009 protests start, things become complicated. There have been protests ever since the Green movement in 2009, most importantly in 2017 and 2019.

The protests of 2022 are thus not new in the political landscape of Iran, and it is important to put them in a larger historical context. This helps us understand that they are based on a long history of political revolt.

The other important element to remember when watching current protests unfold is that the focus on women’s rights today is nurtured by a long history of women’s rights activism in Iran.

One of my favourite books by an Iranian woman writer is Things We Left Unsaid, by Zoya Pirzad, where a woman from the 1960s imagines possible changes she could make to her life. It is subtle and vibrant and is a wonderful read if you are interested in knowing more about Iranian culture and current events through Persian literature.

Dr Laetitia Nanquette is an expert in modern and contemporary Middle Eastern literature based in the School of Arts & Media at the Faculty of Arts, Design & Architecture. She has a special focus on Persian literature and contemporary Iranian culture. She trained in France, the UK, Iran and the US. Her translations of Iranian short stories into French have been published in literary journals and she has translated Persian texts into English with Ali Alizadeh.