The emerging field of Indigenous architectural practice is restoring tradition and bringing belonging back to the built environment. 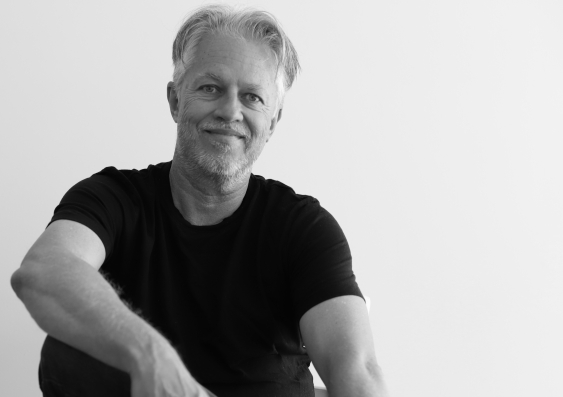 If you want to learn anything about a culture, a good place to start is with their architecture. As a direct reflection, it offers the best lens into the state of a place, its history and its identity, according to UNSW architecture alumnus Craig Kerslake.

The Wiradjuri nation man says he believes the fracturing of contemporary society could be better addressed by returning to tradition and addressing the missing sense of belonging at its core.

“As I see our Australian society stumbling in some ways, such as with notions of community and sustainability, traditional Aboriginal ways – once understood – can profoundly assist by our bringing forth notions of belonging,” he says. 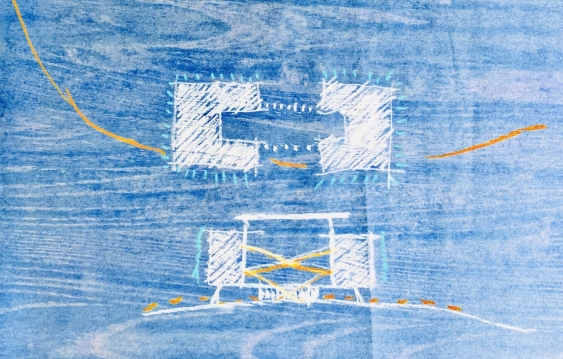 The architect has more than 17 years’ experience spanning residential construction to commercial buildings and has also lectured at UNSW Built Environment.

But he is perhaps best known for incorporating his understanding of Indigenous traditions into design practice.

“My Aboriginal kinship actually goes back to Dubbo from the Tubbagah Wiradjuri nation. I grew up believing my grandfather was a Fijian, and after he died, we found our family,” he says. “There are some core understandings which centre on how we view self and other that have been key design influencers for me.”

It is important that we consciously design with First Nations people in mind, he says.

“By imbuing [the] Aboriginal meaning of Country within meeting places, we anchor the designing in ‘Belonging to Country’,” he says.

“When I am designing with First Australians, it is like the brief just falls out. Many are surprised to hear that our spirituality is alive and well with cultural protocols being understood and exercised,” he adds. 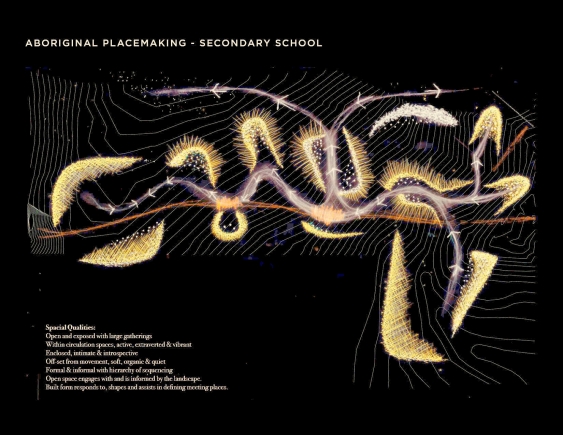 The best architecture is always something of substance, explains Mr Kerslake. It’s what he ultimately aims for in all his designs.

“Find that something. It will always generate a deeper architecture. In a way, we are telling a story. And remember it’s not about you. There are so many more freedoms when you let go of that. To achieve this, we need to be a creator for others.”

Mr Kerslake is currently working with a Muslim community, designing a large school in Sydney, and is employing the same empathy and understanding.

“Muslim Australians are often the subject of racial vilification and are very much a marginalised Australian culture. The moment I offered their community leaders an opportunity to meet Aboriginal Elders, they beamed with excitement,” he says.

The site masterplan became a story of belonging.

“To achieve this with such a large school, we needed to break the school up into a series of interconnected meeting places, with a scale that was appropriate to facilitate both pastoral care and personal connection with each other.”

“Buildings were deliberately formed around connections nodes. Some were large, open and extroverted; others smaller, away from main thoroughfares, and took on more introspective qualities.” 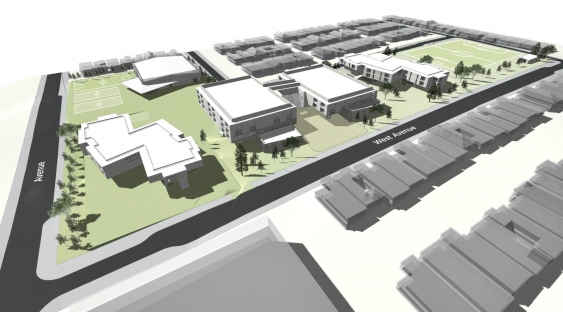 By far the most rewarding endeavour is helping people realise their vision, he says.

“Often, we become part of their world with enduring relationships that last well beyond projects. I have an affinity with and a deeper understanding of culture[s] after designing [for them].”

For Mr Kerslake, architecture at its best is a mix of science and art, belonging and heart.

“I love the meshing of the creative and the technical. Right brain or left brain lean. Also, how the profession is flexible and welcomes whatever lean you have,” he says.

He makes the point that while architecture is a profession, it is more so a privilege.

“Look beyond [the] ideas of the lone architect and understand that architecture is produced by a team who all play a part,” he says. “It is such a wonderful privilege to have the opportunity to become an architect, and it is something I never take for granted.”