Opinion To innovate the built environment we need more tolerance

The debate about renewable energies following the South Australian blackout is a vivid demonstration of how vested interests can act as a barrier to innovation, writes Martin Loosemore. 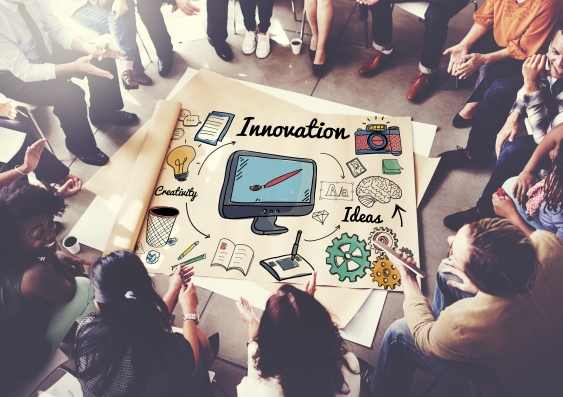 OPINION: The debate about renewable energies following the South Australian blackout is a vivid demonstration of how vested interests can act as a barrier to innovation in Australia.

A similar phenomenon can be seen in the construction sector, where there are many vested interests opposing the frustratingly slow adoption of new emerging technologies such as robotics, driverless vehicles and new offsite technologies such as flat pack housing, panel systems, cross laminated timber, pre-fabricated bathroom and kitchen pods and complete modular units.

Certainly, it is important to discuss the pros and cons of such technologies and to give a voice to those people who might be adversely affected. Innovation, by its very nature, creates winners and losers and any advance will inevitably have both positive and negative implications for many people in our industry.

Indeed, a recent CEDA report found that due to technological advances over the next 10 to 15 years, about 40 per cent of Australia’s workforce face a high probability of being made redundant. However, research into the history of industrialization over the last century shows that in the long run, technological advancement creates more jobs than it destroys and can also have many other positive benefits such as improved productivity, wages, safety and reduced waste and environmental impacts.

Long ago, political scientist Joseph Schumpeter coined the term ‘creative destruction’ to describe the process of redundancy and renewal which characterizes the innovation process. Schumpeter saw creative destruction as the critical driver of economic change, arguing that while technological innovation is bad for some, it also creates temporary market monopolies and super profits for those ‘first movers’ who are brave enough to invest in the new trend. Over time, as competitors imitate the first movers and start adopting the new technology, those super profits are whittled away, requiring the first movers to innovate again to stay ahead of their competition and capture more super profits. To Schumpeter, innovation was the foundation of economic growth, even if it destroyed established companies and made their employees temporarily redundant.

In an era of technological disruption like the one we are experiencing now in the Australian construction industry, there are enormous opportunities for first movers to create and monopolize markets and make enormous profits, albeit for short periods of time. However, there is emerging evidence to indicate that Australia is becoming a nation of followers, allowing our overseas competitors to force us down the value chain and siphon off the profits to overseas investors in the process.

Unlike many of our more agile competitors, the Australian construction industry is burdened with many cultural, institutional and organizational barriers to innovation which are tied up in decades of tradition, professional and trade demarcation and established ways of working. In long-established industries like construction, innovators are faced with the daunting task of challenging many hard-wired and protected ways of working upon which people, organizations and institutions depend for their survival. As the late American philosopher Abraham Kaplan pointed out, when he coined the term ‘learned helplessness’ to describe this trained incapacity to innovate, “the more we know about how to do something, the harder it is to learn how to do it differently.”

This is why federal and state governments are focused on breaking down traditional power structures and time-honoured ways of working in the construction sector and encouraging more agility, entrepreneurship, experimentation and risk taking in industry in general. To many commentators, the Australian construction sector, like many Australian industries, has become too burdened with red tape, too complacent, inward-looking and myopic, too risk averse, price-driven and scared of change and failure.

However, change cannot be brought about by legislation alone. Clients of the Australian construction sector also have a role. They need to become more tolerant of failure and support those who are trying to do something new. This will in turn require more construction firms to encourage their people and their supply chains to experiment and take risks in an environment which is tolerant of failure, where trust and value rather than lowest price are the most important employment criteria and where mistakes are treated as learning opportunities, not failures.

When one looks outside the construction industry, failure is a recurring theme in the stories of many of the world’s influential innovators. Indeed, Daphne Kwon and Bill Hildebolt, CEO and President of ExpoTV.com (winner of the 2007 Stevie “most innovative company” Award for women in business) have developed specific business KPIs around failure. Mark Zuckerberg, meanwhile, reportedly lost US$174 million in his first two years of operation. And then there is Sir James Dyson, the inventor of the world’s first bagless vacuum cleaner, who likes to point out that he made 5,127 prototypes before he got it right and that there were 5,126 failures in the process.

The fact is, most new ideas are bad ones and need refinement and failure is an essential part of the innovation process. The key he says is to make sure you learn as you go along.

However, buildings are not like vacuum cleaners and Dyson did not have to operate in a traditional construction process, which separates the customer from the point of production through a highly fragmented supply chain of consultants, contractors and subcontractors employed on contracts motivated more by risk transfer rather than by the tolerance of experimentation and failure.

Until we change these antiquated practices, we are unlikely to see the likes of Sir James Dyson emerge from the Australian construction sector. Yet we badly need one to do so.

Martin Loosemore is a Professor of construction management at UNSW.

This opinion piece was first published on Sourceable.

The impact of technology on employment in construction