A new survey exhibition of contemporary artist Janet Laurence urges us to reconsider the relationship between art, nature and politics. 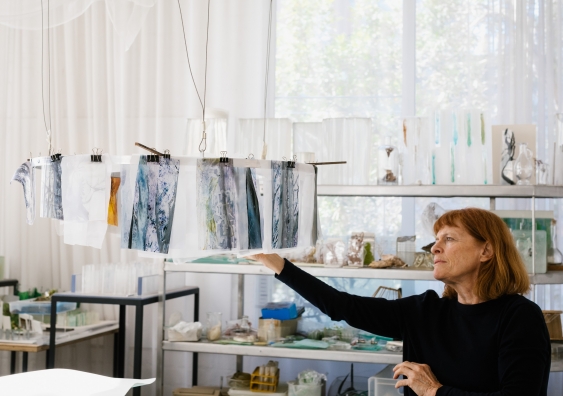 Artist Janet Laurence is ferocious and uncompromising in her work. Image from Jacquie Manning

In 2014 I rang artist Janet Laurence and suggested I write a book about her art. Not all of it, just the plant-related artworks. This was to be a philosophical musing on our mutual fascination with the crossover between art and the vegetal world. Now, five years later, it is time for a deeper, longer view of the artist’s work. A survey exhibition, with catalogue, is now launched at the Museum of Contemporary Art Australia in Sydney. 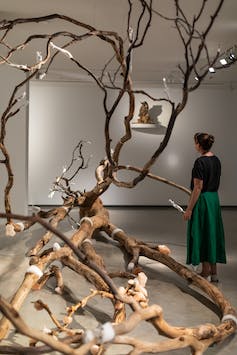 Many accounts of the artist describe her as a peripatetic traveller, who flits to Japan one week and the Amazon the next – a flighty bowerbird who, in curator Rachel Kent’s words, has to be caught in a butterfly net.

My experience is different: I have only seen a rigorous scholarly approach. Her reading of environmental humanities scholarship, eco-theory and nature philosophy, is always up to date.

She texts me with quotes from the writings of the late ethnographer Deborah Bird Rose or forest expert Suzanne Simard. She sends me images of medieval texts drawn as inverted trees. Her knowledge of animal and plant science exceeds that of most scholars. Her intellectual character flows through each exhibition like a blood supply.

Janet Laurence reminds me of the Greek philosopher Theophrastus, who studied first with Plato and then with Aristotle, who gave him the task of finding connections between animals and plants. What resulted was the first systemisation of the botanical world, the Enquiry into Plants.

What Theophrastus endeavoured to find were plants’ character, their differences and their substance. His approach was categorical and observational. This kind of attitude resonates with Janet Laurence’s work. Her plant, fish and animal artworks are uncompromising, enduring, and have a constant scholarly form. She will not rest until her installations are perfectly complete. Her commitment is ferocious.

The second characteristic I associate with Janet Laurence is her political activism. She is an environmentalist, an activist. She deeply cares about the natural world, such as “nature” now is, and her work is a political tool to activate and engage her viewers. It is a cry, a howl, a mournful dirge. Many of us now feel we must use whatever weapons we have to raise the alarm for extinction and ecosystem depletions. Laurence’s new exhibition sounds that warning bell. 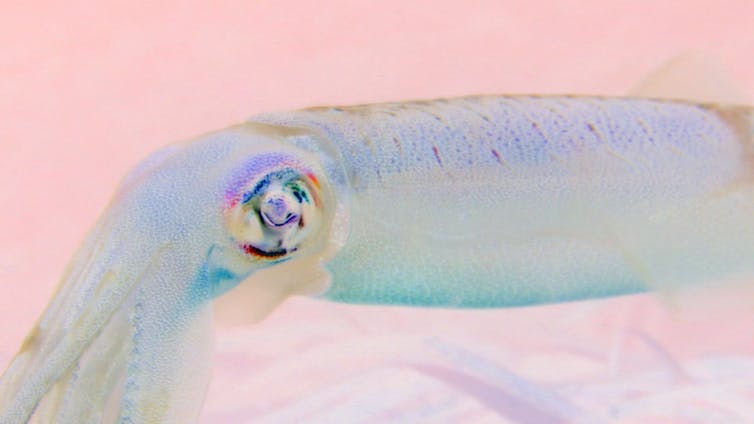 The final distinguishing character of Laurence’s work is its aesthetic allure. Laurence is mistress of the Wunderkammer, a “cabinet of curiosity” or collection of notable objects. This approach emerged in the 17th century and developed as the collecting of rare objects to suggest imperial power and sovereign superiority.

It is a methodology that Laurence uses in this survey exhibition, especially her new iteration of Deep Breathing, which was previously exhibited at the climate talks in Paris in 2015, at the Muséum National d’Histoire Naturelle. 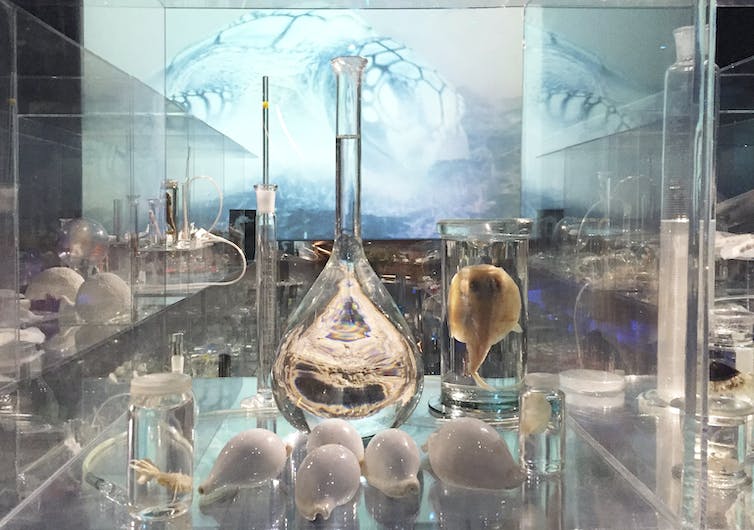 This new version of the undersea hospital is richly bucolic and abundant. Projections on the blue end walls and glittering reflections of the massive Perspex boxes add to a sensation of being down in the watery deep. There are coral, sea creatures, turtles, cephalopods, shellfish.

However, the exquisite wonder is deceptive. This is only a reminder of the past. In fact, Deep Breathing is a hospital – triage, diagnosis and pathology procedures are undertaken here. The red thread that is woven through the white corals and endless vials and medical bottles is a blood transfusion. A desperate attempt to keep species alive. 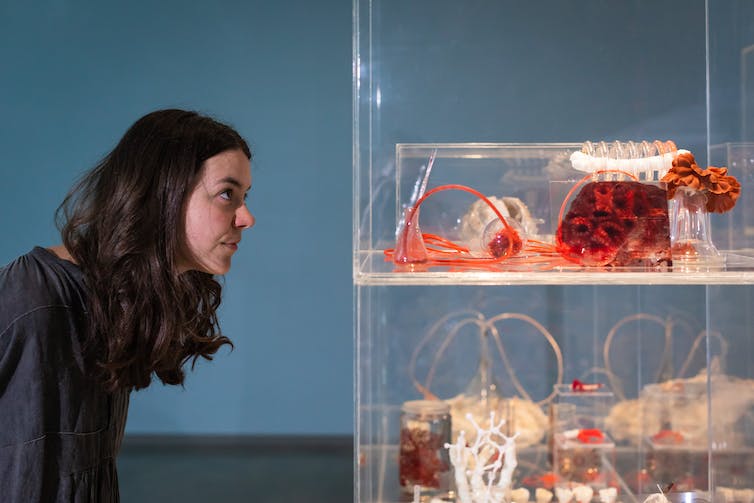 The museum has also commissioned a major new work called Theatre of Trees. This is an epic installation of five metre high concentric-circled fabric drops, mimicking the rings of a trunk. 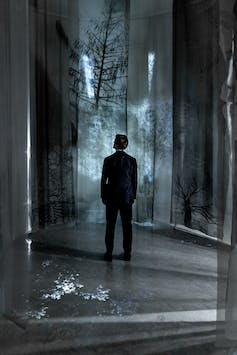 On three sides of the illusory and elusive circular structure are three rings, circus-like, which comprise a botanical library (the tree of knowledge), a wonder lab with 19th century specimens from the Museum of Arts and Applied Sciences botanical collection, and an elixir bar for botanical infusion tasting.

The tree rings of silk, gauze and reflective fabric are alive with projected films in black and white. They are animated by screen-printed hand-painted photographic images. The experience of walking through these rings of fabric is ethereal. Time is slowed.

This is vegetal time, longer and deeper than human time. Tree root communication, seasonal changes, leaf nodes emitting chemicals – these are processes that follow a creeping hand of time.

These exquisite experiences, made rich and sensual by Laurence, beg the question: what are the categories of art that intersects with nature studies – known as “nature aesthetics”? How might Theophrastus categorise and document the epoch of art and nature where artists raise awareness for the damaged Great Barrier Reef, the endangered black cockatoo (whose bird song echoes through the museum’s galleries), the mysterious dragon blood tree or the extinct Thylacine.

Perhaps this work marks a new resolution around the idea of “nature aesthetics”, where nature now has new cultural meaning, beyond ideas of pristine landscapes or untouched wilderness. So, what are the criteria that make contemporary “nature aesthetics” work? Some of the contributing elements must be politics, even violence. Other elements must be the ability to change and to evolve.

Still more must retain sensation and beauty, those conventional but wily notions of aesthetic value. Janet Laurence’s nature aesthetic artwork is a mark in history, an historic point in time … to be watched, with care.

Janet Laurence: After Nature is at the Museum of Contemporary Art until 10 June 2019.

UNSW engineers hone their art at new exhibition in Manly