Winning the election might be the easy part for Labor compared to weaning Australia off fossil fuel exports. But it must be done. 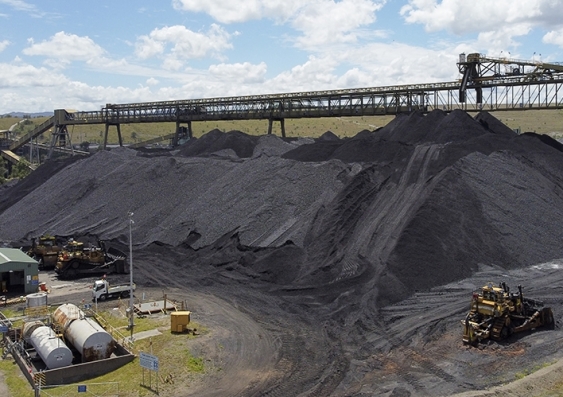 Australia’s climate election has been won. Now comes the harder part. It’s now entirely possible we could see a government committed to domestic climate action, speeding up the exit of coal and gas from our grid and electrifying transport –while still exporting vast quantities of fossil fuels for other countries to burn.

In short, we could fall into what we can call the “Norway trap”: clean at home, dirty abroad. Norway has vigorously pursued clean energy and electric transport at home and is progressing well towards its goal of a 55% reduction in emissions by the end of the decade – while doubling down on exporting its oil and gas reserves, thereby undermining its domestic gains.

In Australia, Labor still believes in supporting and expanding our fossil fuel exports, which are by far our largest contribution to heating the planet. Backing fossil fuels no doubt helped the new government keep coal seats such as Hunter in New South Wales.

To change this situation, we need to urgently reduce the influence of the fossil fuel lobby – and include our exported emissions in the government’s net zero plans plans.

Wasn’t this the climate election?

Despite the clear mandate for stronger climate action, both major parties soft-pedalled on exports to woo electorates with substantial coal and gas infrastructure. Seats such as Hunter, and Flynn in Queensland, recorded swings to Labor in a reversal of the 2019 election, when Labor was not seen to be standing up for the interests of coal communities.

This time around, Labor made its support clear, flagging continuation – and even expansion – of our fossil fuel exports. In a speech to the Minerals Council last year, Anthony Albanese said of coal exports, “We will continue to export these commodities.”

That means Australia will go to the next global climate summit trumpeting its increased commitment to slashing emissions while maintaining its dubious role as one of the largest fossil fuel exporters in the world. We could even see ourselves once again aligned with Russia and Saudi Arabia on opposing production cuts.

It’s long been a climate sceptic talking point that Australia’s emissions are just 1.2% of the world’s total – the 15th-highest in the world. But our vast liquefied natural gas (LNG), thermal and metallurgical coal exports are the equivalent of double our domestic emissions. That means exports are by far our biggest contribution to climate change.

Little about this situation will change while Labor and the Coalition keep listening to the fossil fuel industry – and accepting millions of dollars in donations. Over the past decade the fossil fuel industry has given hundreds of millions of dollars to political parties. Woodside, one of Australia’s largest oil and gas producers, has donated more than A$2 million to political parties.

Without change, the revolving door of politicians and staffers who end up working for fossil fuel companies will continue slowing climate policy.

This election offers us a long overdue reset. What we need is to tackle Australia’s total contribution to climate change. That includes our role as one of the world’s top exporters of government-subsidised fossil fuels. We can’t just aim to get Australia to net zero and say job done if we leave the export industry to just keep growing, with more than 100 fossil fuel projects in the pipeline.

Our fossil fuel lobby has had too many wins over the last two decades. We cannot afford to have our government beholden to an industry incompatible with a liveable climate. We can expect lobby groups to lay low for a little while. But the role of these lobbyists is to ensure that nothing actually challenges their ability to export vast quantities of fossil fuels. 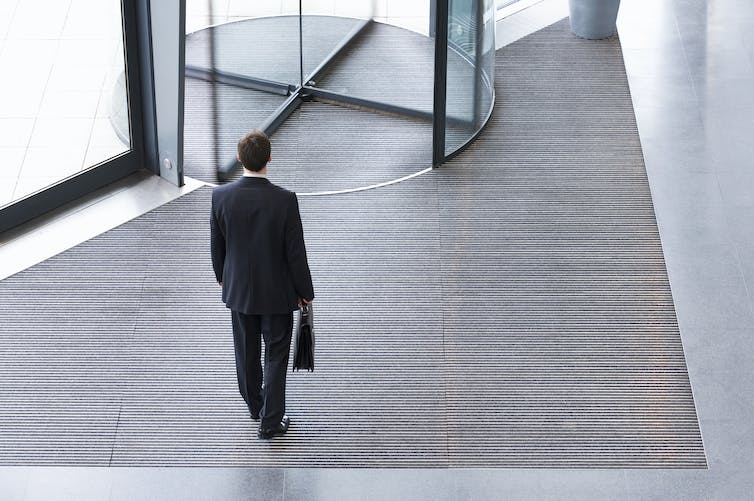 There are dangers to the revolving door between politics and industry. Shutterstock

We cannot ignore our role in heating the planet

You’ve no doubt heard the argument that if we don’t export fossil fuels, someone else will. This doesn’t stack up.

That’s because the argument ignores the impact leadership in this area would have. If one of the world’s largest fossil fuel exporters began to phase out its exports and bed down a just transition for those affected, it would have a huge impact on fossil fuel finance and signal time really is up for an industry long thought untouchable. Leading on this would show our neighbours in the Pacific that we can change.

This argument is also morally dubious. Just because someone else is doing something unacceptable, that doesn’t give anyone else license to do the same. We cannot let our leaders and fossil fuel companies off the hook just because other fossil fuel exporters exist. If this argument were really true, then Australia should have no qualms about engaging in bribery or corruption to achieve its ends if other countries are likely to do so.

This election result – and especially the climate campaigns of the Greens and teal independents – has given us our first good opportunity in years to make a real dint in our emissions, both local and exported.