Opinion Memento Mori – remember that you have to die

Post-mortem portraiture was a common practice in the Victorian era but would be considered shocking today, writes Phillip George. 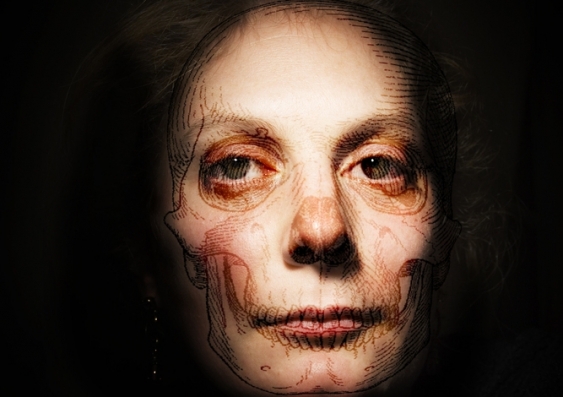 Many of us expect, almost demand, to live a long life, in good health. Many of us won’t. Djuliet, CC BY-NC

This article contains images of the dead, and may be confronting for some readers.

OPINION: “Memento mori” means, literally, “remember death.” In the early 21st century, we in the privileged global north rarely encounter death close up and personal as an everyday part of our lives.

In the Australia of 2015 our politicians are planning for us to work until we reach 70 years of age, and we’ve well and truly moved on from the Biblical life span of “three score years and ten”.

With all of our technological, surgical, pharmaceutical inventions and devices, we expect, almost demand, to live a long life, live it in good health and look good doing it. We live in denial that we will die.

A group of girls mourn their deceased dog.

But past civilisations - from the ancient Greeks to the Victorians - were acutely aware of their own mortality. Memento mori was the philosophy of reflecting on your own death as a form of spiritual improvement, and rejecting earthly vanities.

It is also the term that has been given to the Victorian practice of photographing someone that has recently died.

The Victorian era had much higher mortality rates, particularly of children, and also saw the development of a contemporary new art form, photography. Mourning death was a much more present aspect of everyday life: as much as we enjoy our pets, we don’t usually pose with their bodies after they pass away.

The emerging middle class may not have been able to afford a portrait painter to immortalise their loved ones but the new photographic technology offered them another option.

This child has been posed with his favourite toys.

Practical photographic practices are said to have started in 1839 with the invention of the daguerreotype images that captured and kept light on a permanent substrate.

This meant the practice of reflecting upon one’s mortality and the transient nature of life were no longer the exclusive domain of the Church or philosophers.

It was now a subject the general population, via photography, could approach and they did so directly, personally, and emotionally, by representing their recently departed loved ones in photos.

In very short order the photograph became a technologically determined artefacts, evidence that a specific person or object existed at a specific time and place in history. The memorial portrait became the poignant repository for memories, feelings and emotions.

Post-mortem portraiture became a common practice. When a family member passed away they were dressed up in their Sunday best and the photographer was called to make a memorial keepsake for the family.

Both the parents in this picture are slightly blurred from movement; only their daughter is captured crisply.

The deceased were arranged on a bed as if asleep, or with their favourite toy if a child, and with other members of the family in a final family photograph.

In fact the memento mori photograph may have been the only image ever made of the deceased, or of their family. Photography of the late 19th century was a complex process requiring large cameras, availability of natural light and extensive chemical processing.

The lens and the daguerreotype took an extended time to capture and record light and people needed to sit or stand very still for the time it took to record their likeness.

The deceased were technically good subjects. The deceased of the ruling class, comprising significant social, religious and political leaders were also photographed, a practice that was still in evidence in the 20th century, with images of leaders such as Lenin and Mao Zedong.

But it has been the personal images of the Victorian ear that have resonated with us. It’s the images of propped-up dead children, siting or standing with their still living siblings or parents, that have proven to be the most confronting to us in our era.

A living girl poses with her dead sister.

Family portraiture that included the recently dead would be shockingly confrontational to us in our global north first world reality. Can you imagine a three-year-old child being asked to sit and hold their dead brother or sister while a photograph is made? I am certain there is a law somewhere that would not permit such an act.

In the age of the narcissistic selfie, the area ofmemento mori has not been approached. Only in the work of contemporary photographers such as Joel Peter Witkin do we see the dead arranged as if in still-life composition. Witkin is said to have developed his work after a childhood confrontation with a decapitated head rolling towards him after a car accident.

Memento mori images were made because of the combination of social conditions, affordability and technological development. The images have survived because they were made on materials that have stood the test of time.

The Victorian consumer images, alchemically toned on well-processed paper stock have survived for over 150 years and offered a window into a confronting social reality of the mid- to late-19th century.

What will remain of our early 21st-century consumer images that float on at best within transient hard drives, or if printed at all are printed on paper with coloured inks that fade within a few short years?

Our contemporary images know they too will die soon.

How landscape photographers reinvented the colonial project in Australia