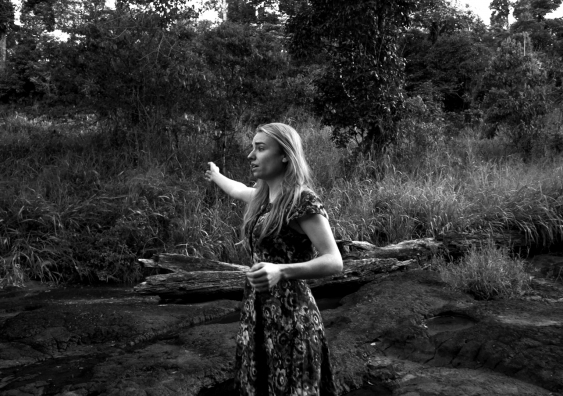 Deluge and Nebula, directed by Del Favero, are part of the SFF Beyond Cinema program, which offers experiences that blend cinema with cutting-edge technology.

Produced by the same team that presented the critically acclaimed and sell out Scenario for the 2011 SFF, Nebula and Deluge incorporate artificial intelligence and cutting-edge computer graphics, immersing the viewer in a dynamic visual space.

Both works explore our increasingly uncertain relationship with the natural world.

Deluge is based on a fictional script by award-winning screenwriter Stephen Sewell, and follows the traumatic journey of a young woman living in a landscape devastated by cyclone Yasi in Queensland in 2011. Del Favero says the protagonist invites viewers to imagine “the impossible in a world made strange by climate change”.

“In one scene the woman desperately looks for something she has lost in an environment where everything has been washed away. In another, petrified with fear, she tries to stand absolutely still in the middle of cyclonic winds as they tear her clothing apart,” says Del Favero. 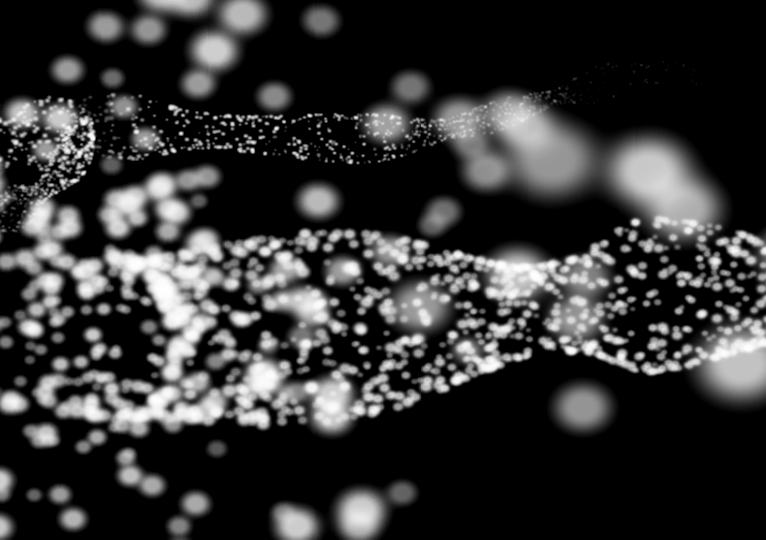 The second work, Nebula, is an experimental artificially intelligent cinematic adaptation of the famous 1835 novella Lenz by Georg Buchner. Traditional interpretations of the novella see it as depicting a descent into madness, following the last days of the writer Jakob Lenz as he treks across the German Alps. Nebula resets the novella as a dream work that explores the turbulent yet inextricable connection between the human and natural world.

Viewers interactively accompany the protagonist as he traverses a spectrum of interconnected dream worlds generated through an artificially intelligent particle visualisation system. Ranging from worlds composed by the microscopic particles of his body, through to another created by the macroscopic particles of the atmosphere as he floats 30,000 kilometres above the earth, each world emerges as a door that opens unexpectedly onto the next, revealing the interconnection between apparently disconnected realms.

“Both works use advanced cinematic and computing technology to fully immerse the viewer in dramatic scenarios that challenge assumptions about our place in the natural world,” says Del Favero.

UNSW is a proud partner of the Sydney Film Festival with the faculties of Art & Design and Engineering supporting the two works, and Arts & Social Sciences supporting the Festival's features program. NIDA is also a collaborator on both projects.