Professor Ross Harley has been appointed to a second term as Dean of the Faculty of Art & Design and will take on the new role of Chair of Culture at UNSW. 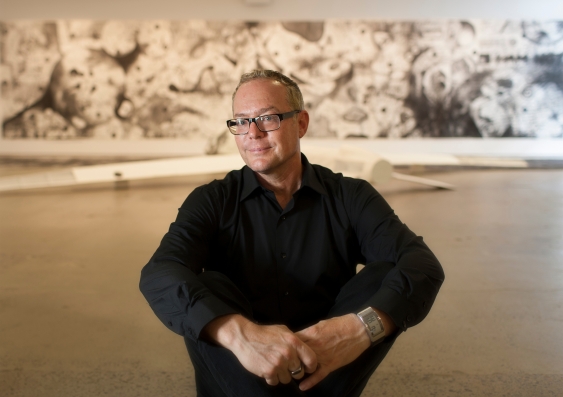 Professor Ross Harley will continue as Dean of Art & Design until 2023 and take on take the new role of Chair of Culture at UNSW. Photo: Dan White

Professor Ross Harley has been appointed to a second term as Dean of the Faculty of Art & Design at UNSW Sydney.

Professor Harley, who has an international reputation as a researcher and producer of new media, has been Dean of UNSW Art & Design since April 2013. His reappointment will extend his term to 2023.

“Ross has brought a huge amount of energy and vision to this role, strengthening the faculty as one of the leading 21st century Art and Design schools, engaging the wider University, and building national and international relationships,” Professor Jacobs said.

Professor Harley will also take on the new role of Chair of Culture at UNSW, with the aim of extending the impact of UNSW’s many cultural activities.

“The idea is to bring together and promote the cultural and artistic activities of UNSW in a more coordinated way, inside the University but also for the wider public,” Professor Harley said.

“I’ll be working with many people across the University who produce cultural and artistic activities for students, staff and the wider community.”

There would also be external engagement, including with the Committee for Sydney and the newly formed Sydney Culture Network.

The network encompasses close to 30 key arts and cultural institutions across greater Sydney, including the Art Gallery of NSW (AGNSW), Carriageworks and the Museum of Contemporary Art Australia (MCA).

It is the first network of its kind in Australia and aims to bring new cultural offerings to the public, build opportunities for creation, programming, and research in Sydney’s cultural sector.

“The Sydney Culture Network is about connecting the dots of culture across the city,” Professor Harley said.

“The more we can work together, the better our understanding of the audiences we serve. I’m really excited about this new opportunity to bring to together some of Sydney’s leading arts, educational and cultural organisations into this new platform for collaboration.”

Professor Harley is an artist of international standing whose work has been presented at the Pompidou Centre in Paris, New York’s Museum of Modern Art, Ars Electronica in Austria, and the Biennale of Sydney.

UNSW Art & Design is recognised as one of the world’s leading art and design schools, with an outstanding record for producing critically acclaimed artists, designers and media creatives.