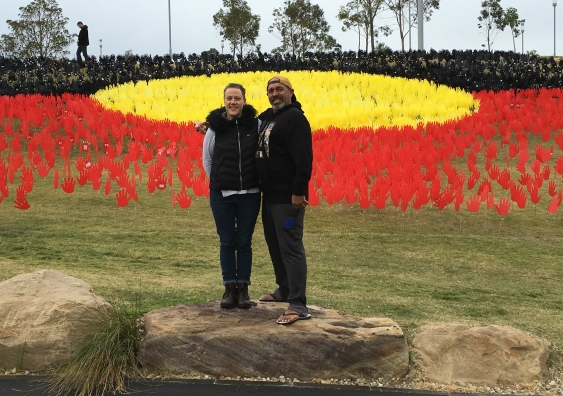 “Customary markings on the body reference the integral relationship that Indigenous people have to and with Country,” says Croft an Adjunct Research Fellow with UNSW Art & Design’s National Institute for Experimental Arts.

Croft’s heritage is a combination of Gurindji/Malngin/Mudpurra and Anglo-Australian/Irish/German. She designed the installation for National Reconciliation Week in partnership with ANTaR, the national organisation for Justice, Rights and Respect for Australia’s First Peoples and the Barangaroo Delivery Authority.

By the conclusion of the public installation, almost 20,000 hands will have been placed in the shapes of the Aboriginal and Torres Strait Islander flags and customary body markings of three Eora warriors, including Wangal man, Woollarawarre Bennelong.

The Sea of Hands is located at the new headland park at Barangaroo Reserve named after the powerful Cammeraygal woman and a key figure in Aboriginal culture in the late 1700s, Barangaroo, whose second husband was Woollarawarre Bennelong.

Bennelong’s portrait, depicting him adorned in ochre markings following the death of his countryman Colbee, inspired part of Croft’s design. 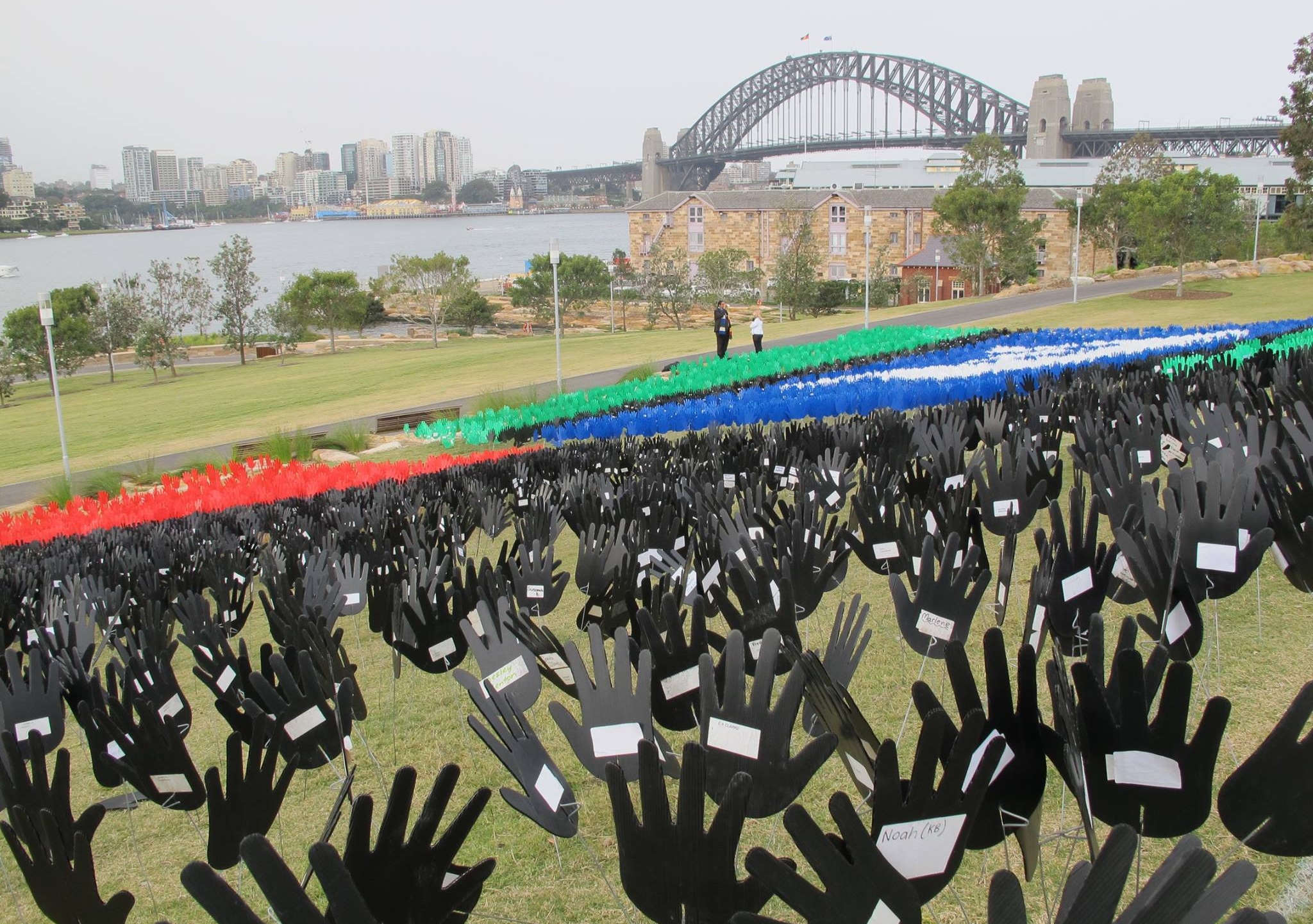 "The location is meaningful because Barangaroo Reserve is directly opposite Me-mel (Goat Island), which means ‘pupil of the eye’," Croft says. "It is the largest of in the inner harbour islands and was Bennelong’s patrilineal home where he and Barangaroo often stayed."

She says by placing Bennelong’s body markings on Barangaroo Reserve she has metaphorically reunited wife and husband.

"The placement of the other customary body markings alongside the Aboriginal and Torres Strait Islander flags also emphasises the ongoing connections and significance of body, land, sea and place for First Nations peoples, irrespective of the enduring effects of colonisation," says Croft.

ANTaR National Director Andrew Meehan said the site’s name serves as an important public reminder of the Aboriginal history and traditional custodianship of the area.

“Barangaroo lies in sight of the Sydney Harbour Bridge, where more than 350,000 Australians walked in solidarity with Aboriginal and Torres Strait Islander peoples as part of the Harbour Bridge Walk in 2000.

“We want to draw attention to the Aboriginal history of the area and capture the spirit of the Harbour Bridge Walk again by holding the largest Sea of Hands installation this century,” Meehan said.

The Sea of Hands is a physical representation of community support for reconciliation and rights of Australia’s First Peoples – Aboriginal and Torres Strait Islander peoples.

Visitors can participate by planting a hand between 10am and 4pm until Saturday, 4 June.