Three ‘sonic wells’ connecting Sydney, New Zealand and Turkey reaffirm the bonds between the two Anzac nations and their former adversary in the lead-up to Anzac Day. 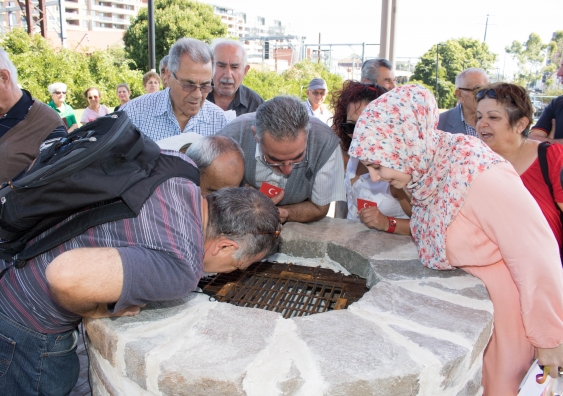 Three ‘sonic wells’ connecting Sydney, New Zealand and Turkey aim to reaffirm the bond between the two Anzac nations and their former adversary in the lead-up to Anzac Day.

Within each well, constructed by local stonemasons, Giddy has built an electronic system that collects ambient sounds, such as people’s voices, passing traffic and bird calls, and transmits them in realtime to its sister wells via 'virtual holes through the earth'. The audio emitted from each well is clear enough for people in all three countries to hold conversations with one other.

Giddy says he hopes the wells will 'become contemporary gathering places' that foster ongoing relations between Australia, New Zealand and Turkey and 'further evolve the story of Gallipoli'.

The wells will transmit ambient sound from city to city: the bustle of Wellington’s Cuba Street Mall; the call-to-prayer from the mosques surrounding Canakkale’s ferry port – the departure point for pilgrims to Gallipoli –and the sounds of Auburn's recently developed Memorial Park, the location of the suburb's war memorial.

“Throughout history the fundamental human need for water has brought people together – around billabongs, streams and wells,” says Giddy from Canakkale, where he is installing the third well and will attend the official opening. “In this work, the three 'sonic wells' will become contemporary gathering places, drawing on both the history and the nature of the well as a meeting place.”

“The installation aims to add a new chapter to the story of three nations who, having developed a mutual respect during the Gallipoli Campaign in World War One, have since forged strong links and continue to build a history together.” 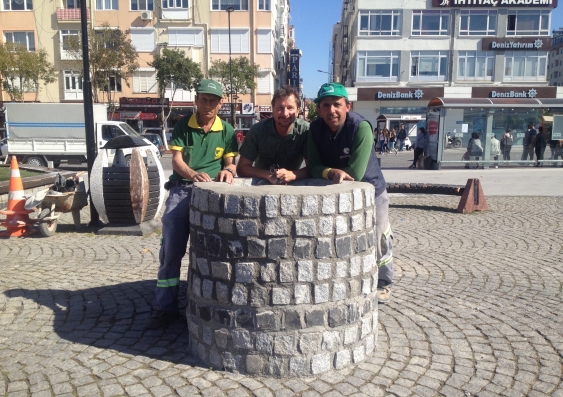 Giddy says Sonic Wells for Gallipoli offers an alternative to the majority of public commemorations and reflections taking place during the WWI centenary years.

“The Turkish diaspora communities in Wellington and Auburn, many of whose relatives participated in WWI, will not only be brought closer to their homeland, but also afforded a voice during the centenary via this inclusive, communicative commemoration,” he says.

Manager of Community Development at Auburn City Council Brooke Endycott said it is a privilege to have a ‘sonic well’ located in Auburn.

“Our local area is home to a rich and highly influential Turkish community and Auburn Memorial Park is a fitting site for the well as it is the location of both the Auburn War Memorial and the Wall of Friendship.”

Sonic Wells for Gallipoli will open simultaneously in all three locations on 23 April, 9am (Turkey), 4pm (Australia) and 6pm (New Zealand).