All new enterprises experience barriers to entry into the construction sector. However, recent research has shown that Indigenous businesses face more barriers than most, writes Martin Loosemore. 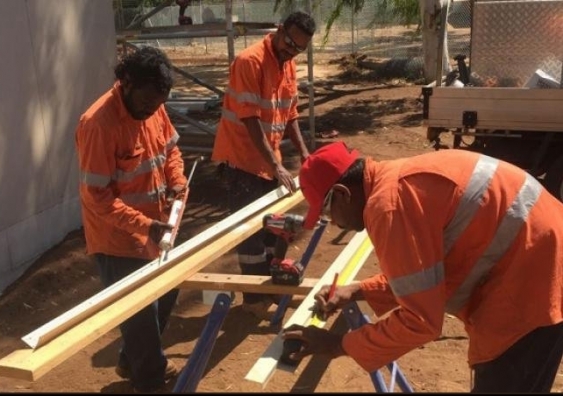 OPINION: Entrepreneurship, small business growth and funding for startups lie at the heart of the Federal Government’s economic plan for jobs and growth.

The government is also determined that Indigenous entrepreneurs share in this innovation premium and play their crucial role in addressing persistent and significant gaps in Indigenous and non-Indigenous employment and economic outcomes.

According to the most recent annual Closing the Gap report, one of the biggest areas of failure in Indigenous policy has been the number of Indigenous people in employment. Over the last decade, this figure has dropped from 53.8 per cent to 47.5 per cent, while the number of employed non-Indigenous Australians rose in the same period. Indigenous youngsters are particularly vulnerable. In some regional areas, youth unemployment is as high as 21 per cent and under-employment 60 per cent – a tragic waste of human hope, talent and resources.

Given the potential of the construction industry to get Indigenous people back to work, the Australian government is implementing new social procurement initiatives aimed at increasing opportunities for Indigenous enterprise in the sector. For example, the new Federal Indigenous Procurement Policy (IPP 2015) has set a target of three per cent of all Commonwealth Agency procurement contracts to be with Indigenous enterprises by 2020.

Australian State Governments have also developed their own Indigenous procurement guidelines which require contractors working on certain public construction and engineering projects to provide employment and training opportunities for Aboriginal people and businesses. This recent use of social procurement as a lever to address unemployment and social disadvantage is not unique to Australia and is also increasingly common in the UK and the EU through new legislation such as the Social Value Act (2012) and new Public Procurement Directives which seek to broaden public procurement criteria beyond cost to incorporate ‘social value.’ Through social procurement initiatives, governments effectively create a quasi-market for minority and social purpose business, encouraging construction companies to diversify their supply chains with the dual goal of maximising both economic and social value.

All new enterprises experience barriers to entry into the construction sector. However, recent research has shown that Indigenous businesses face more barriers than most. These include negative perceptions of their ability to deliver safe, quality, costly and timely services; resistance to change; procurement practices which disadvantage Indigenous enterprises; a lack of experience in engaging with Indigenous enterprises and people; the highly regulated nature of construction; head office social procurement initiatives not getting implemented on site; resistance and competition from existing subcontractors and suppliers; cosy supply chain relationships which are difficult to break; and construction industry culture which sees Indigenous businesses as charities and a risk rather than an opportunity to innovate.

Importantly, this research also showed that there are two sides to the coin and that Indigenous enterprises working in the construction industry also need to adapt and change if they are engage more effectively with the construction sector. These ‘internal’ barriers to entry include cultural differences; not having an effective business strategy; problems in measuring and communicating social value; poor negotiation and business skills; not being construction sector savvy; cash flow management; securing finance and resources to drive growth; costs of entry; understanding of industry regulations and protocols; and problems in forming effective industry partnerships and alliances.

It would seem the government’s laudable attempt to implement policies to encourage Indigenous entrepreneurship has yet to gain significant traction in the construction sector. This is probably because the regulations are so new that they are not yet well understood in the market. Furthermore, many firms in the construction sector are ill-equipped, sceptical and inexperienced at dealing with Indigenous businesses and reluctant to break their cosy relationships with existing subcontractors.

To some extent, this is to be expected. Certainly this mirrors experiences in other countries with significant Indigenous populations like South Africa and Canada, where governments have introduced social procurement policies to encourage Indigenous barriers to entry. For example, the effectiveness of South Africa’s Preferential Procurement Policy Framework to help South African construction enterprises owned by historically disadvantaged individuals has been constrained by existing supply chain practices and path dependencies, supply side constraints and a poor enabling environment to help such companies access the market. Similarly, Canada’s procurement policies for Aboriginal business have had to be supported by complementary programs that reduce barriers to entry for Indigenous businesses and enable them to compete with existing supply chain incumbents.

Creating a quasi-market for Indigenous entrepreneurship is a positive first step to redressing long-term social and economic Indigenous disadvantage. However, growing the Indigenous constructions sector into a sustainable and fully integrated part of the Australian construction industry will require further Indigenous business capacity-building and barrier-busting initiatives to improve the absorptive capacity of the construction sector to these emerging forms of business.

A good start would be partnerships and alliances which can help Indigenous businesses secure the various forms of financial, social, physical, intellectual and human capital that they need to grow and develop the economies of scale to compete on a level playing field with industry incumbents.

Martin Loosemoore is Professor of Construction Management at UNSW.

This article was first published in Sourceable

Developing an effective R&D strategy for the built environment