Surreal, colourful and rich: The artistic oasis of Fowlers Gap

More than 800 UNSW students have been inspired by a research station in outback NSW.

UNSW Art & Design students who arrive at the Fowlers Gap Arid Zone Research Station say they encounter a landscape different from any region they’ve ever seen.

The results of the drought are evident from bones and animal carcasses; the nearby creek is dry; the land is cracked, barren and seemingly empty. But to many artists, the UNSW-owned station in the Strzelecki Desert, 1200km west of Sydney and an hour’s drive north of Broken Hill, is an inspiring place to create work.

Fine Art student Katerina Patrikeos says the expanse of space is incredible with shifts of colour from the red earth to a sky moving from pink to purple, grey and blue.

Master of Art student Cindy Kavanaugh says by the end of her nine-day stay at Fowlers Gap, she saw so much variety of colour and life.

And media artist Patrick Younis says the station has a vast and rich landscape that seems so “martian” and otherworldly. “At night, when the flies and heat have dissipated, the stars are so prominent you can see the cluster of the Milky Way.” 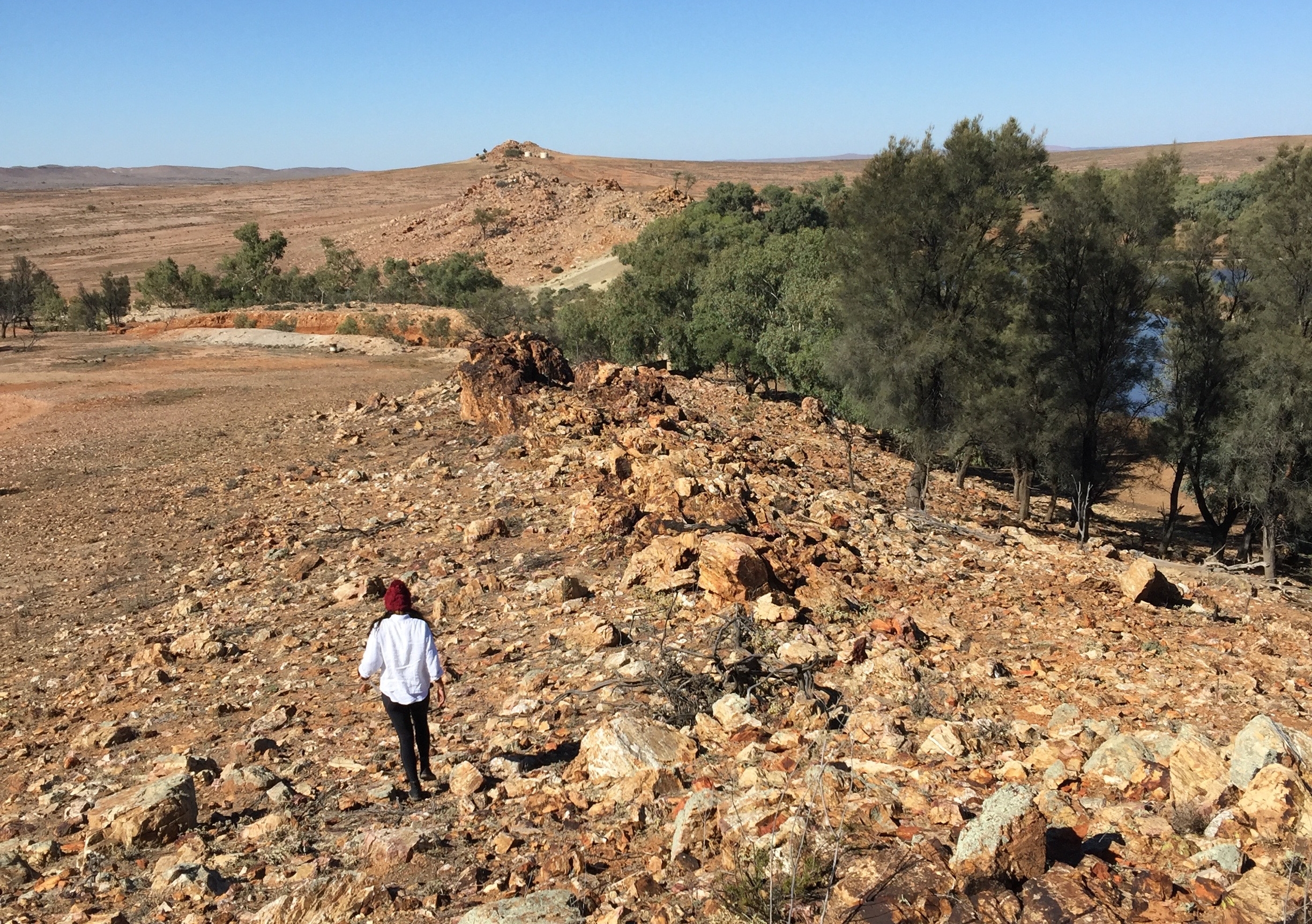 Fowlers Gap is a research station operated by UNSW’s Faculty of Science. It has been continuously monitored by researchers from UNSW, other institutions and from overseas for more than 50 years. A wide range of research on birds, kangaroos, reptiles and other flora and fauna has been carried out at the station, as well as projects on management of the arid zone, soil conservation, solar energy and astronomy.

But since 1991, more than 800 students have made the long 15-hour train and bus ride to Fowlers Gap to create art as part of an intensive field trip. The Fine Arts Field Trip is available to any Art & Design student in at least their second year of study. Those selected to go on the course say it quickly becomes one of the highlights of their University experience.

Course convenor, senior lecturer and artist Peter Sharp was one of the original students on the first trip in 1991 when it was run by one of Australia’s foremost landscape painters Idris Murphy.

“[Idris] was looking for a place to go and paint and then basically fell in love with Fowlers Gap. They started taking students out there to paint,” the senior lecturer says. “Now his whole body of work, almost 30 years of work, has come from Fowlers Gap.”

Sharp says the students who spend nine days at Fowlers Gap also go through a transformation.

“Often you will have a painter who will go out and then fall in love with the space and do something to do with performance or installation or sculpture,” he says. “So it makes it almost like a safe place where people can try something that they never normally do outside of the studio context. Put them in a strange place, and wonderful things are going to happen.”

The Fine Arts Field Trip course has also undergone a transformation. In the early years, the bus driver used to cook for 30 students who would stay in tents, and the art produced by them was largely painting and drawing-based. Almost 30 years on, a chef cooks for the students, who stay in various accommodation on the station including studios, and who are increasingly producing more digital art such as virtual reality (VR) experiences, animations and films.' 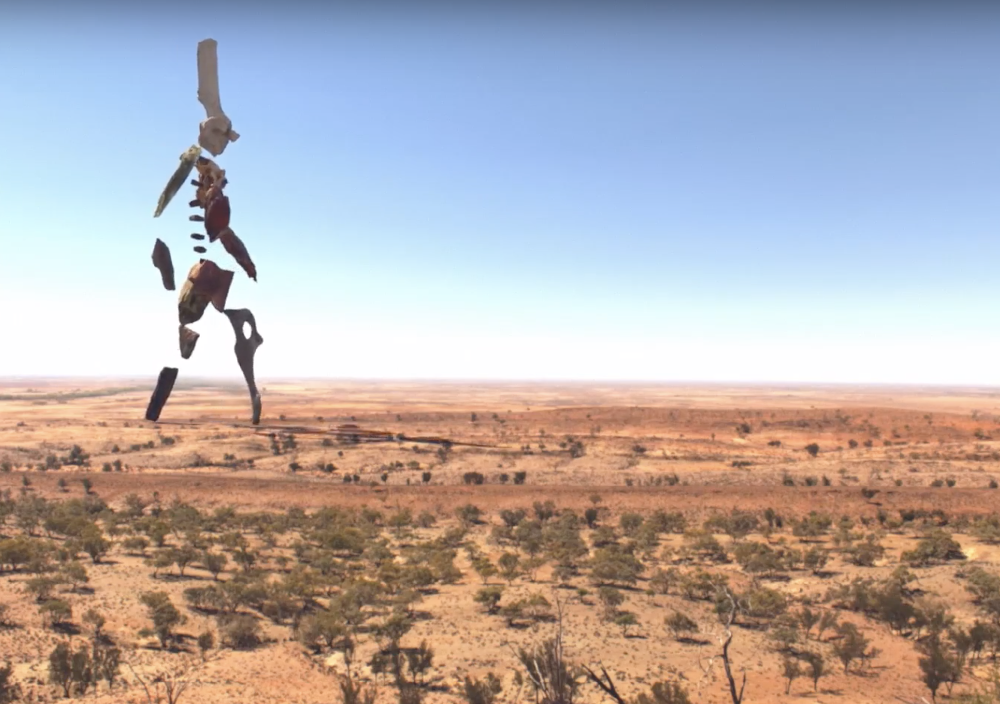 Patrick Younis applied for the course during his Honours year, in the hope it would offer a unique understanding of how he viewed spaces, landscapes and the spectacle of scale in art. He says, prior to the course, his method of picking artistic direction was a result of having ideas affirmed by other people. “So to be forced to experiment, iterate and refine without external critique was both terrifying and liberating,” Mr Younis says.

At Fowlers Gap, Mr Younis set about creating a figure that represented how he thought the area would sound, look and behave if it were a creature roaming the environment from which it was made.

“I collected rocks and bones, imaged them to generate 3D objects from them digitally, then scaled, positioned and rearranged the objects to represent a human figure. I animated the giant to walk around some footage of the desert. And using video game software and some sensors, I was able to make it react to the presence of the audience when exhibited and presented at full scale.” 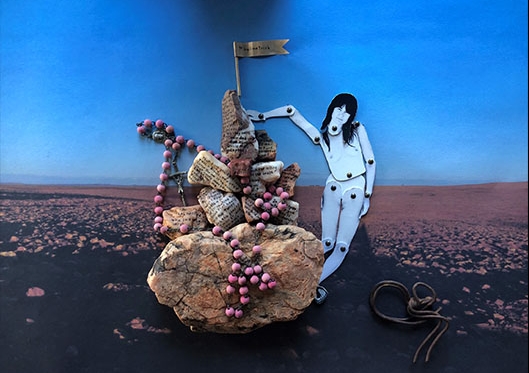 Cindy Kavanagh's stop-frame animation of a marionette was a memorial piece for her aunt. Credit: Cindy Kavanagh

For Cindy Kavanagh, the course offered eight amazing days with no cell phone reception and no distractions. “Although my work isn’t about the landscape, I did want to have the experience of what a residency was like, as well as experience the Australian outback,” she says.

She says being surrounded by 30 other enthusiastic art makers created an incubator of making, tinkering, researching and discussion. Highlights of the course included a mulga wood carving workshop with two Aboriginal artists and watching a slide show of the best student works. “I think everyone went to bed that night buzzing with ideas. I remember thinking ‘what’s the most terrifying thing I could do’ and so I photographed and filmed myself nude.”

Ms Kavanagh completed two works: a time-lapse of the desert over four days and nights where a tent appears and then disappears “as a meditation on the transitory nature of life”. Back in Sydney she made a second work Yes Please, Thank You, Please, a stop-frame animation of a marionette walking through the landscape collecting rocks, as memories, as a memorial piece for her aunt. 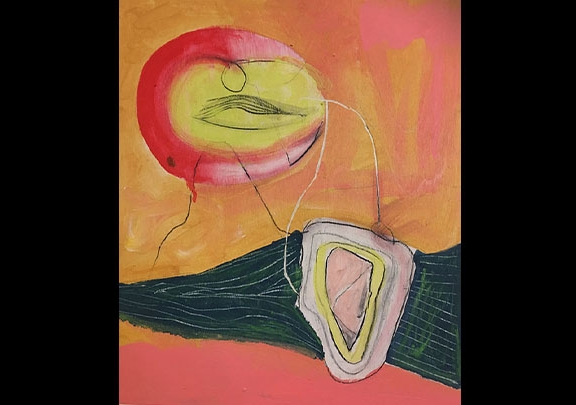 For Katerina Patrikeos, the isolation at Fowlers Gap was confronting. “However, it proved a great exercise in pushing boundaries and exploring other art practices such as performance and installation,” she says.

Inspired by Charlotte Wood’s novel The Natural Way of Things, she developed ideas to produce work on a dystopian landscape.

“Perhaps as a way of controlling my anxiety in an unknown place, I spent a lot of time observing the small things in nature. In particular, the way that rocks, fauna and debris mixed to create numerous ‘vignettes’. There was a fragile order to these arrangements that I found really inspiring. These images became the main source for the work I produced on my return to Sydney.”

1200k West, an exhibition of UNSW Art and Design students' work made at Fowlers Gap will open in Paddington tonight and will show until November 23.