UNSW policy makers, planners, engineers and thought leaders are working to help Sydney fulfil its potential as a beacon for urban living. 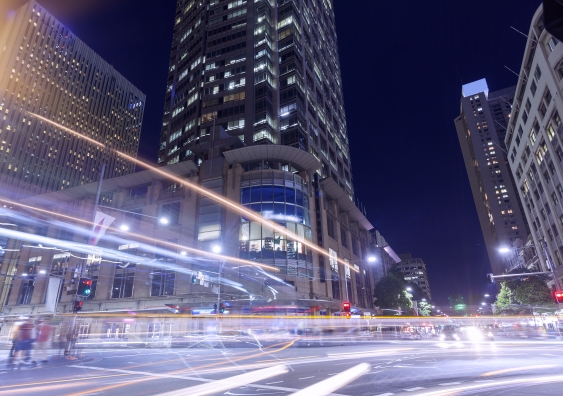 Renewal is a central element of Sydney's future, but not without controversy.

“I strongly believe that we can create Australia’s own quantum harbour in the bays,” Mike Baird, NSW’s Premier declared during the 2015 John Bradfield Oration. The annual lecture commemorates the Australian engineer responsible for some of Sydney’s greatest engineering marvels, including its railways and harbour bridge. The bays referred to are the decaying White Bay coal-fired power station clinging to the harbour foreshore at Rozelle and its neighbouring port facilities stretching to Glebe Island.

Earmarked to be transformed into an ultra-modern innovation precinct, with echoes of California’s Silicon Valley, the Premier believes that with input from a consortium of universities working closely with industry and government this “Quantum Harbour” could be “a place where global giants of tech and innovation work with start-up entrepreneurs, business incubators and accelerators”.

Sydney’s future is about more than becoming the next Silicon Valley. It involves harnessing innovations to make the city smarter and more liveable.

The precinct’s epithet refers to Australia’s ambition to be the first to develop a working quantum computer, which, if realised, would surpass the combined power of every supercomputer in operation today.

UNSW is leading the international race to build such a futuristic device in silicon. This year, the University and its researchers struck a $100 million deal with the federal and state governments and business that will see its quantum inventions commercialised in Sydney. “It is our hope that this will lead to developments that are truly important for the future of humanity,” said Professor Ian Jacobs, UNSW’s President and Vice-Chancellor.

But Sydney’s future is about more than just becoming the next Silicon Valley. It involves harnessing these new innovations to make the city smarter and more liveable, and also adaptable to unforeseeable disruptions. Important questions must be answered. How will it cope with a rapidly expanding population, provide affordable housing and other essential services like transport? How can it capitalise on economic opportunities and attract new businesses and industries, while at the same time preserve the intangible value of the city’s past? And can it build resilience in the face of a changing climate that is already threatening its coastlines and vital ecosystems? UNSW is helping Australia’s premier city come to terms with these and other challenges, and finding the evidence-based solutions that will ensure a brighter and more amenable future.

Renewal is a central element, but not without controversy. The NSW government’s moves to sell public housing in some of the city’s most sought after postcodes – including at Miller’s Point near Circular Quay – to build more and better subsidised housing in outer suburbs, has meant relocating long-time residents, many of them elderly. It could also see the demolition of buildings, such as the iconic Sirius building, which should perhaps be heritage-listed.

Few people are aware that the biggest opportunity for emissions reductions is in buildings – the built environment contributes 40% of our overall energy use.

The city’s inevitable expansion is also creating tensions: Sydney’s population is projected to increase by 2.1 million people to 6.4 million over the next 20 years. Urban planners and engineers are grappling with these forecasts to ensure growth happens in a sustainable and socially equitable  way. This means, among other things, minimising the carbon footprint of new buildings and maximising their energy efficiency.

Few people are aware that the biggest opportunity for emissions reductions is in buildings – the built environment contributes 40% of our overall energy use and Australia’s homes account for 16.5% of our emissions in electricity use. UNSW’s experts are developing and testing a series of ‘carbon positive’ building products that will transform our future homes and offices. The City of Sydney’s target to achieve 30% of its electricity generation from renewable sources by 2030 will require the deployment of solar panels on roughly 30 city-owned buildings. These solar cells, many of them invented and developed by the University’s record-holding solar researchers, already sit atop iconic institutions such as the Sydney Theatre Company building at Walsh Bay. Next-generation solar cells developed by  these same engineers will be integrated into new building materials.

As the city’s population expands, higher density living will become the norm. UNSW social policy experts are ensuring that access to affordable housing is not overlooked and the design of public spaces includes a sense of community. In transport, engineers are optimising traffic networks to allow for a more seamless flow of vehicles during rush hour, and more reliable public transit. They’re also preparing for a future that will see more ride-sharing services, and the proliferation of electric and self-driving cars.

And then there’s Sydney’s celebrated natural environment. The jewel of the city remains its yacht and ferry–speckled harbour. Beneath the water’s surface are incredible ecosystems, home to thousands of species of fish, marine invertebrates, sea grasses and microbes. UNSW’s scientists are documenting the rich troves of life, and investigating the impacts of climate change, extreme weather events, and human activities, such as development, fishing and boating. Beaches, emblematic of Sydney’s natural beauty, are also increasingly under siege. Over the past year, storms and king tides have devastated foreshore homes in the city’s northern beaches. The destruction has been recorded and monitored by

UNSW engineers who lead one of the world’s longest-running beach erosion surveillance programs. The data collected will inform strategies to help make our coastlines more resilient to future storms and sea level rise.

But if the visible skin of a city is its built and natural environment, ideas, art and sport are its beating heart. UNSW is feeding the city’s voracious appetite for all things cultural by spearheading strategic partnerships with institutions like Vivid, Sydney’s writers’ and film festivals, and Sculpture by the Sea, and by curating its own mix of public lectures and Grand Challenges events. “My hope,” said Professor Jacobs, after being named one of the city’s business ambassadors in 2015, “is to link organisations and people, and encourage them to come to Sydney to participate in events that  enhance research, teaching, debate and exchange of ideas.”

It is a strategy that is already laying the foundations for a thrilling future.

“A confirmation that Sydney is the greatest city in the world,” Jacobs declared.